i like to think i’m a pretty well-trained between-the-lines reader.

and while i’m quite aware of what happens to “u” and “me” when assumptions are made, in most happenings of the common variety, i can take the pieces, however abstract they may be, and string them together in a way that eventually warrants a clear conclusion.

especially with matters of the heart,

somehow, for being a pretty quick-witted individual, “dense’ becomes my middle name.

one day in high school my girlfriend told me about a conversation she had had with her father regarding whether or not an evening out she had spent with a member of the opposite sex had in fact, been a date. not a casual meal between friends who found themselves visiting from their respective planets (venus and mars, duh), but a bona fide “get dressed up, he pays and maybe tries to steal a kiss at the end of the night while you do your best to laugh at his jokes throughout the evening and give him the ‘come hither’ stare as he’s making his attempt to say goodnight on your doorstep” date. the kind you go over every painstakingly minute detail the next morning to your bestie and the kind you replay in your head over and over like sportcenter does with their top ten plays at 9pm, 10pm, 11pm and well, you get the point.

she told me how she had explained the contents of the evening to her father and how he, after hearing said specifics had simply replied with a metaphor. “well, [redacted], if it looks like a duck, swims like a duck, and it quacks like a duck, then it’s probably a duck.” and since i speak fluent metaphor, let me translate: if the date had looked like a date, swam like a date?, and quacked, or in human case, sounded like a date, chances were, it had been a date.

and since hearing that story almost ten years ago, i have kept her pops’ advice in mind throughout my deciphering of every “is it or isn’t it” meal shared with a gent. because like i said before, astuteness may be a characteristic i possess at the office and even in other areas of my personal life, but it all but flies south for the winter (keeping with the bird analogy) when it comes to love.

lucky for me i have reinforcements who are all but happy to oblige for a thirty-minute-plus hashfest in order to conclude if i should prep myself for a repeat performance or if the occasion was simply a platonic hang-out between two chums (awesome). but even after making a proverbial columned list (one column for: yes, it was totes a date and the other for: better luck next time, it was for sure just two friends sharing a meal) with my fabulous gal pal, sometimes the result just isn’t crystal.

so how do you know? aside from flat-out asking him, “hey, so was this a date?”  (but how great would that be if we could all just be that direct?) how is a gal weary of opening her heart up to the possibility that it wasn’t ever supposed to get a sound night’s sleep?

and there in lies the conundrum. the “duck test” (as wikipedia refers to it) certainly is a great rubric for deciphering such matters. but then again, inductive reasoning can only go so far. ducks and dates aren’t exactly apples and apples, are they?

and maybe that’s part of the fun on this hilarious adventure they call dating (i’m not sure “they” are because if i knew their true identities, i may or may not send them a letter with a few choice words) -sometimes things aren’t clear until they have to be. hiding behind the ambiguousness of guy/girl friendlationships is certainly easier, and in turn, allows both parties an “out.” oh, so it wasn’t a date? totally, i didn’t think so, either! i’m so relieved (as you quietly purchase those knitting needles and year supply of yarn from amazon.com)!

so was a recent outing in fact “a duck” (date)? it kind of looked like a duck, and quacked like a duck. and well, felt like a duck -he didn’t dole out the side hug, but rather came in for the real thing and then kind of sort of lingered, long enough to impart his rugged scent on my sweater that even as i drove away, continued to permeate my nose and subconsciously bring garish grin across my mug. and he paid. like a gentleman, he paid for my meal without a second thought. so maybe inductive reasoning could in fact allow me to conclude that this was a duck, i mean date. duck date.

or maybe it was just the chance for two friends, one male, and one female, to catch up over two years’ worth of life happenings over brunch.

either way, i had a fabulous time. 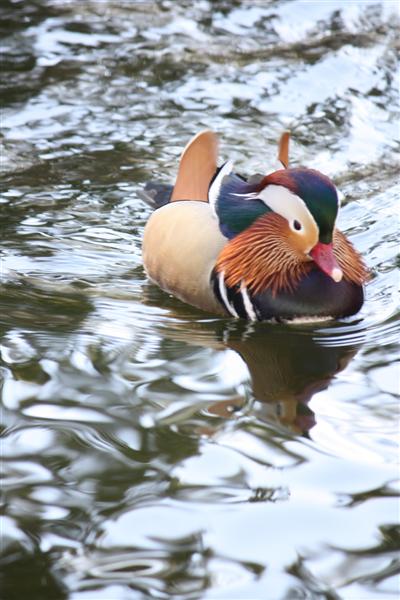