it’s become habit. just one step of many in my post-pure barre routine. as soon as the final muscle has been stretched and the mats have been polished with the finest disinfectant sprays (hygiene first!), i remove my grippy socks, slip on my gold sperry’s (or old navy’s much cheaper alternative), grab for my keys, and check my phone as i make my way out of the studio and back to my car.

nine times out of ten, my phone does not boast notifications of missed calls or emails, facebook postings or text messages, rather, just the same old wallpaper of my beloved instagrammed photo of the golden gate bridge taken last may during one of many trips to see my very best gals (you, too mayzie). 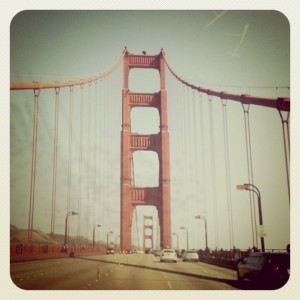 but last night was different. because last night i had a text message from a dear friend whose acquaintance i have not been graced with in a very long time. it’s kind of hard to do that though when we find a pesky 3,000 miles of countryside between us (spoiler alert, he lives in NYC). nevertheless, it was fabulous to hear from him, and even more fabulous was the reason for his textual correspondence. first of all, let me mention that in addition to being a resident of the big apple (which in and of itself is quite awesome), this gent is kind of a big deal. he is an editor for a very big magazine and well, he might just have one of the coolest jobs of anyone i actually know in real life. (because let’s be honest, there are a lot of people who have really cool jobs that i only “know” because i either a) stalk their blog (sorry i’m not sorry) or b) paparazzi stalk them and i just read about it on my eonline app).

anyway, all this is to say that my friend had felt the need to contact me last night for the fact that he had just finished an interview (his third, he thinks) with none other than,

maybe this will help? 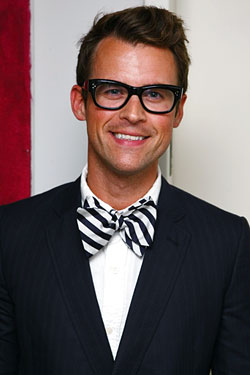 and if that still isn’t jogging the old memory banks, may i include that he was formerly the assistant to stylist extraordinaire rachel zoe and is now currently headlining his own show, cleverly titled it’s a brad brad world, on the bravo network?

well regardless if you know his black-rimmed glasses-adorned face or not, i know him (and love him) enough for the both of us. in fact, he’s probably one of my favorite people in hollywood. not only is he a really talented stylist in his own right, but also the snappiest of dressers and well, he’s flat out hilarious. as in, i legitimately want to be friends with him.

which brings me to the point of this story (yep, taking the back route to arrive at the point, per usual). due to the fact that my talented and kind of a big deal friend has now thrice interviewed mr. goreski for the mag, and has, in doing so, established a pseudo-friendship with the star -a friendship deep enough to warrant drinks when brad is back in town for nyfw (new york fashion week) in a few weeks -i can basically deduce that through six degress, ahem, through TWO degrees of separation, i am basically, for all intensive purposes, besties with brad goreski.

at least that is what i will unabashedly tell people who may or may not inquire if i know anyone famous. because my old story of “i went to high school with michelle williams and played on the tennis team with her sister” is kind of getting old.

so here’s to friends that are going places and who kindly include us little people along the way. just kidding, i’m going places, too. we all are! except, some of us just get to enjoy the ride with celebs in their phone’s contact list.