monday afternoon warranted me an early departure from work and a follow-up appointment at the dermo (thrilling story i know, but it gets better, i promise). and yes, while leaving la jolla at two in the afternoon was certainly awesome as was the the appointment itself (current goal: clear skin by summer, we’re getting there!) perhaps maybe the highlight of the entire afternoon (okay, so the trip to payless shoes for my new leopard wedges comes in at a very very closed second) was the sight observed while in the doctor’s waiting room.

first of all, apparently 2:45 p.m. is a very popular time to visit the dermatologist. prime seating was certainly hard to come by. but hey, if a crowded dermo room means that people are getting serious about skin care, i was all but happy to oblige by choosing a seat on the far wall. and as i cracked open my book (i know, i was proud of myself too, shawna, put down the trashy magazine, you have literature of substance to consume), i took inventory of the sights and people around me. most of the patients were women, women quite advanced in years (i’m always trying to be sensitive to age referencing) in fact. and while one might assume they were there for vanity’s sake, i think the reason for most of the appointments was preventative care. because skin cancer is no picnic. well, from what i’ve heard.

and nestled in amongst the women were a handful of husbands. gentlemen who had sweetly accompanied their brides (or some who may have even had appointments of their own! twin appointments, how sweet!) for this very important errand. and as i gazed around the room, taking everything in (i’m a people watcher, guilty as charged), one couple in particular caught my eye. they were probably well into their 80’s (one of the cutest age groups in my opinion), she constrained to a wheelchair, and he, the driver to her chair(iot, get it?). i watched intently as he wheeled her into place, right outside the reach of the office door. and there she sat and read her kindle (so hip!) as he ran (okay, so maybe not ran…) downstairs to the hospital cafe for a snack.

a few minutes later, he returned once more, a blueberry bagel in hand. and as she fussed with him about the paperwork and prescriptions he had been holding for her as they eagerly awaited to be seen by the doctor on duty, he took no matter to her anxious state. instead, he lovingly offered her a bite of his bagel (to which she promptly refused, even at 80, apparently ladies are still carb-conscious) and assured her that he had everything under control. and almost immediately after his words of assurance were spoken, she found peace. and the doctor arrived for a brief consult minutes later and upon his green light, they were free to leave the confines of that ten by ten foot box and out into the world once more.

and as he packed up their belongings and grabbed hold of the handles of her chair, i quickly ran to the entrance door. and there i played door[wo]man, flashing them a big goofy grin as i sent them out to go about their afternoon. and they thanked me profusely for my act of chivalry. it was the least i could do, of course. a fair trade for a momentary glance into what we all desire for in a partnership even after what i can only assume to be over six decades’ time. (and by “we all,” i mean, at least i do…)

what their exchange affirmed was this:

i’m not looking for prince charming, or even his less charming but still just as dashing younger brother. i think my requests are pretty simple. i just want to be one half of that couple i observed in the waiting room on monday. hanging out in my wheelchair, knowing full well that my sweet guy has it all under control. that even though i’m old and grey, and i may not be that drew barrymore/julie taylor from friday night lights doppelganger of my youth, i’m still the apple of his eye and the one he’d run (again, maybe more of a light shuffled-speed walk) downstairs to fetch a bagel for. the one who’d accompany me to my dermo appointment and assure me with his gentle words.

yes, at the end of the day, when it all boils down,

i’m just looking for my life’s co-pilot. someone to help steer through life’s wind, rain, grey skies and blue and someone to wheel me around in my finest (and most definitely bedazzled) chair(iot). 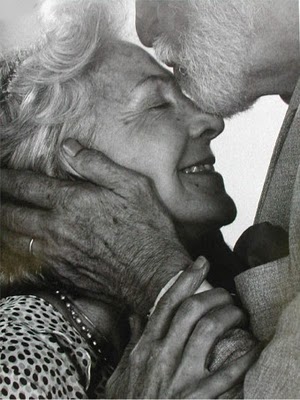