so if you haven’t noticed (and totally fine if you truly haven’t, i realize your life does not revolve around reading my blog, though part of me kind of wishes it did…), i haven’t been posting as often. and while things have definitely picked up a bit at work (hooray!), it hasn’t been due to lack of free time, but rather, lack in inspiration and/or jovial (highly underrated word) stories of which to entertain you.

so i’m not going to simply rest on my laurels. i understand you can probably only take so many solo shots of me channeling my inner tyra, right (no matter how cute my outfit is for the day)? and well, it makes me sad not sharing life’s musings with y’all on a daily basis. so with that said, i’m making a promise. to be a better blogger from now on. to bring you trivial and not so trivial stories and adventures from the life of yours truly. even if that only includes my opinions on the latest episode of the real housewives of orange county (by far the best city in the franchise).

and on that note, i will kick-off this renewed commitment to y’all with a few random thoughts and/or feelings from the week.

the grammys. what can i say that hasn’t already been said? probably nothing. so i’ll simply state that in my next life (not that i believe in reincarnation, but if i did), i would like to come back as adele. or at least have her skin-slash-her amazing ability to rock red lips without having the lipstick smear/bleed approximately five minutes after applying. because that’s basically my plight each and every time i channel my inner gwen stefani. (perhaps i should invest in some lip liner. duly noted. see you this weekend, ulta). also? nothing against my sweet adam (you know i still love you, mr. levine) but i am crushing hard on the lead singer of foster the people these days. here’s a photo i may or may not have archived for future ogling borrowed from people.com. he’s the one in the middle. swoon. 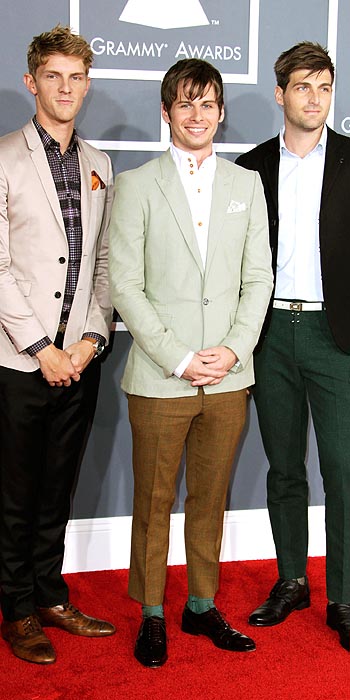 the bachelor. again, what can i say that hasn’t already been said HERE and HERE? maybe just that i can barely stomach she who shall not be named (okay, it’s courtney, obviously) anymore (the kill shots? i can’t.) and that my affections toward ben that were created and cultivated in ashley’s season of the bachelorette have all but vanished after realizing that he’s just another stupid boy caught under a pretty girl’s spell (news flash, she isn’t even that pretty). i take back my rafa comparisons. benjamin, you have nothing on rafa. he’s won the french, wimbledon and the u.s. open. you make wine. and bad decisions.

and since we’re basically just talking about television programming (per usual), allow me to continue…

this season of the real housewives of orange county is already off to an amazing start. and we’re only two episodes deep. say what you will about these bottle blondes (well, there’s one brunette this season, you know, for balance), but i love me some tamra, vicki and gretchen.

parenthood. are y’all watching, yet? you should be. despite the fact that this season’s storylines have been a bit “meh,” i still get giddy every tuesday around 10 p.m. actually, when i say “giddy” i mean “sleepy.” truth is, i can’t even stay up late enough to watch it. thank goodness for dvr. and as inappropriate as it might be, but i am loving the the budding romance between bob little and amber. and if you don’t know who in the world those two are, well, i don’t want to be friends.

first of all, props to zooey and her stand-out performance on last week’s saturday night live.  i especially enjoyed her bit as mary-kate olsen in the “bein’ quirky with zooey deschanel” skit. but late night hosting gig aside, i think i’ve managed to fall back in love with her thanks to fox’s tuesday night gem, new girl. honestly, i’ve been on the fence about zooey since 500 days of summer. she’s quirky, i get that, and that’s certainly part of her appeal (along with her sultry singing voice and throw-back wardrobe), but sometimes she borders on simply annoying. especially in her role as jess in the show. which is why i’m so incredibly thankful that her three supporting castmates -winston, schmidt and nick (the latter of which i have a giant crush on) more than compensate. i just watched the valentine’s day episode last night and between winston crashing a girls’ night and donning a biore strip and schmidt’s continual use of the word “youths,” not to mention the cameo from dale of my beloved and sadly cancelled abc family series, greek as nick’s lawyer girlfriend’s (who also just happens to be janice from mean girls!) legal assistant, my lukewarm feelings toward this 30-minute show instantly heated up a few degrees.

last week i posted an article about fairen del boutique in the flower hill promenade on ask miss a. and somehow it got in the hands of the store’s owner. and not only did she comment on the post itself, she gave me a shout out in one of their promotional emails as well as included an invitation for an iced chai should i ever be in the area. talk about getting a big ole cyber hug! and never one to miss an opportunity to perhaps turn my blog/writing aspirations into a full-fledged career (not sure how that will happen with an owner of a specialty boutique but stranger things have probably happened), i have since emailed the owner and am working on setting up a date next week to redeem that iced chai. except it will more realistically be an iced decaf coffee. either way, i’ll keep y’all posted.

since what little legal knowledge i know has been gleaned from watching legally blonde 572 times (that’s probably pretty accurate, actually), i’m not quite sure how this happened, but this week i was commissioned by our legal chairman to take a stab at rewriting some of the club’s bylaws. in fact, i felt so intimidated by this assignment that the first thing i did was google “how to write bylaws.” when those search results deemed extremely unhelpful, i threw caution to the wind, consulted the bylaws as they read now (duh, shawna), channelled my inner elle woods and managed to come up with some material, that i must say, actually sounds pretty lawyery. i used a lot of “shalls” and a couple of “henceforths” for good measure. i sent my first attempts to my colleagues for initial approval and have yet to hear back from them. they’ve been busy this week, at least that’s what i’m attributing their lack of response to, i would hope that their lack of feedback is not a direct result of my incapability to moonlight as a lawyer. i mean, i don’t even own any elle woods-esque glasses, but i am comfortable using legal jargon in every day conversation. (i object!) just saying.

seeing as i had to work last saturday and was only granted a single day of weekending, i am very much looking forward to the fact that this weekend warrants a full 48-hours of rest -and yes, i said 48-hours and not 72, apparently the private club industry hates anyone who chopped down a cherry tree, wore a top hat like a boss, currently appears on the dollar bill, five dollar bill and/or the penny and/or served as the p.o.t.u.s. in other words, no i don’t have president’s day off. thanks for reminding me. but i DO plan on taking advantage of some of those sales that will be going on come saturday. because while the club may not honor old george and abe, gap certainly does! and i could really use these, this and this.

and one last thing. if you didn’t read it already, i recently harped on how amazing it has been reconnecting with friends from high school. and in addition to giving my social calendar a boost, these re-formed bonds have done a number for my confidence with regards to my book, too. one such friend has been particularly encouraging. i was lamenting that with so much of my focus spent on composing material for the book, i felt as though i was neglecting this little piece of internet real estate and was fearful that i may lose followers as a result. i told him that though i would love to post the stories i plan to include within the confines of my novel, i, on the flipside, also wanted to be careful not to divulge everything so as to leave an element of surprise once it’s finally published and into the hands of those millions (a girl can dream, right?) of readers. and that’s where the advice came in. he assured me that, while he could see the logic to my plan, it wasn’t necessary for my novel’s [here’s hoping!] success. if anything, giving people a snippet of what is to come may just be the bait they need to eventually reel them in.

so with his wise words echoing in my head, i’m going to do just that. share snippets with y’all as i see fit. as of late, i have penned chapters focused on my admiration for the marriage of coach and tami taylor of friday night lights, how you can tell multitudes about a potential suitor by how he treats your mother (rather than his mother, although that information is also very useful), and chronicles of my first kiss. and the twelve that have followed (don’t worry, names have been removed to protect the innocent, and yes, that means i’ve kissed 13 people). so watch out, letters to my ex is well on its way to a bookstore (or kindle) near you!

and on that note, i’m off (well not quite yet, it’s only 2 p.m.) to have an old-school-snuggle-in-your-jammies-and-watch-project-runway-all-stars sleepover with my momma tonight. i don’t know what i’m more excited about, the fact that i’ll have dinner waiting for me when i arrive home from my pure barre class or the fact that my morning commute will be lessened by at least 20 minutes tomorrow (my parents live so much closer to the freeway than i do). oh yeah, and i get to spend the night with my bestie. of course i’m excited about that, but that was just a given. 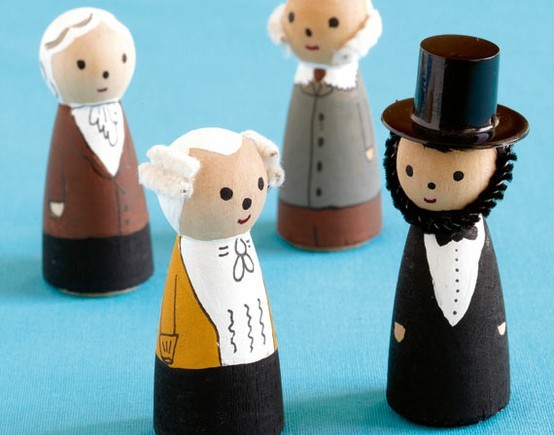