if i have learned anything over my past 26 years of life (and Lord help me, i hope i have!), it’s that knowledge of pop culture (only second to knowledge of sports) only serves to unify you with your common man.

if you’re like me (and gosh i hope you are, just kidding, that is so selfish), you may or may not get awkward while making small talk with the lady behind you at the grocery store. and believe me, there are only so many times you can have those “so, how are the kids” conversations with your weird co-worker when you both find yourself eating lunch in the employee dining room. so for those times, and for any time, really, i have found that leading with the top news story on people.com always warrants an interesting exchange.

take for instance the bachelor. i know, i know, i already let you all know how i choose to validate my weekly date with chris harrison and the girls (if nothing else, please watch it so you can read these peoples’ amazing recaps –this one & this one), but considering the fact that this season is THE MOST CONTROVERSIAL SEASON EVER (abc’s words, not mine, if anything this season has been snoozeville!), everywhere you turn, someone, somewhere is making fun of ben’s hair (come on, that’s low-hanging fruit) or ranting about courtney, the model with zero emotions, a really shiny face and the tendency to steal other washed up actor’s tag lines. even my grandma is tuning in. which is why i oftentimes find myself discussing it in the middle of my workday, or while sitting in the studio waiting for my pure barre class to begin, and most definitely with my best gals over a bowl of oatmeal on a saturday morning. it’s fun to trash reality tv. it’s fun to have an opinion about a situation we probably really don’t know anything about. but it’s unifying in some twisted way and it gives us a break from talking about all of the serious stuff. like how gas is almost $5 a gallon (i choose not to look at the final total when i’m filling up. i like the surprise of opening my chevron bill each month and nearly buckling at the knees) or anything related to the 2012 election in general (i don’t own a political soapbox so i can’t really climb up on one, can i? plus political talk just gets messy).

and while i will refrain from sharing my thoughts on all things washington-related. i would be remiss for not sharing my views, thoughts and/or opinions on the past weeks’ entertainment stories. because these are the things that have habitually come up in conversation lately. like i said. we are a culture of water-cooler gab. might as well take a drink.

snooki is pregnant. snooki is engaged. snooki is talking about baby names. snooki & the lorax = short orange creatures monopolizing the gossip mags this week. i don’t really have any thoughts on this subject other than the fact that i am fearful for that child to be.

speaking of pregnancy, JESSICA SIMPSON HAS BEEN PREGNANT FOR LIKE 9 BILLION YEARS. or maybe it’s just like 8 months, but holy beluga whale, girlfriend, your bun looks as though it is more than ready to come out of that oven. and can we please make a pact, hollywood, to not allow any more expectant celebs to grace the cover of [insert magazine of choice here] in the nude? when demi did it, it was beautiful. it was artistic, it was the first of its kind. then brit brit payed homage to mrs. moore and we all applauded her because well, despite all of the head-shaving, umbrella attacking, not buckling her baby in a car seat before driving -antics, she’ll always be america’s sweetheart and it was nice to see her looking calm (brunette!) and motherly. (and thanks to eonline, apparently mariah carey and christina aguilera donned their birthday suit for a baby-bumped cover shot, too) but enough already. no more nakie mommy-to-bes. save your boudoir session for the BOUDOIR. and end rant.

it seems as though most of the regularly scheduled programming (i.e. anything besides reality television) has taken a march madness-induced hiatus. and while i will say that my monday felt a little empty without chuck, blair, serena and lonely boy (okay, if you really must know i’m not completely opposed to the whole dan and blair thing. because we’ve already all agreed that chuck and blair have to end up together in the end, so if this just buys us some time, well then so be it. i don’t hate it. agree to disagree), it was nice to watch the bachelor: women tell all episode without worrying if my dvr was recording gossip girl and hart of dixie (yes, i watch it and come on, how can you not love rachel bilson. girl is both my hair and wardrobe spirit animal. also, jason street can WALK AGAIN). the hiatus also seems to reduce my stress level overall. without a bevy of recordings to sift through come saturday afternoon, my weekend is freed up to, i don’t know, spend some time outdoors with humans in the amazing fore-casted weather. sounds pretty overrated. just kidding, perhaps a jaunt down the cardiff coastline is in order. if only for the half-naked surfer boys. did i just say that out loud?

hopefully you’ve seen this already, but as you may have heard (or seen), ms. lohan hosted snl last week. personally, i found the show itself to be a bit lackluster on the whole. but there were certainly some highlights. like jon hamm’s cameo in her opening monologue and well, this gem.

this saturday jonah hill will make his sophomore hosting appearance. i have a soft spot for j-hill and i can’t help but think he’ll turnout a standout performance. i mean, you’re an academy-award nominee now, so you know, i’m expecting greatness. jonah. don’t let me down.

i know i’ve probably reached my “talking about parenthood” quota, but i found this article this week and well, it’s really just perfect. if you don’t want to spoil the finale for yourself, i suggest you refrain from reading, but for all of those who love and adore p-hood just as much as me (and who have been there since the beginning) do yourself a favor and click the link. it encompasses everything i love about this show and i couldn’t have written it better myself.

andy cohen celebrated his 200th episode of watch what happens live this week. if you don’t know who andy cohen is and if you’ve never heard of watch what happens live well, i’m not sure how we’re friends. just kidding. andy cohen is the mastermind at the bravo network and his live show (which now airs five nights a week) at 11:00 p.m. is basically 30 minutes of random guest stars discussing the latest episode of [insert bravo network show here] with a little fan q&a thrown in for good measure. there is also a lot of adult-libations-drinking (and the encouragement of viewer drinking, too) so you know, it’s classy. bottom line, though a bit risque, it’s also quite entertaining. somehow andy is like the pseudo-celeb everyone wants to be friends with. so he manages to pull in some pretty awesome guests. i mean, hi, last night it was martha stewart and mark consuelos (mr. kelly ripa). talk about a dynamic duo! it’s just fun to see celebs in an environment other than the stuffy today show. with andy, they all seem to want to let their hair down a little. it’s endearing. and i think if i had to switch roles with someone in the entertainment industry, i think i’d play freaky friday with mr. cohen. and if not andy, then definitely chris harrison. dude has got it MADE.

trisha yearwood is getting her own cooking show on the food network. um, who doesn’t have a cooking show these days? i mean, i get it, we all have to eat, so i understand the sentiment behind giving everyone and their mother a show on how to recreate your aunt rhonda’s famous macaroni and cheese, but i think we’re good, guys. besides, we all know the only show you need to watch for all things culinary is the barefoot contessa ina garten. in my next life i would like to come back as a permanent guest in her east hampton home. i won’t even ask for a bed, i’d be happy just sleeping on the coach in that magical outdoor living room.

speaking of too many shows of the same genre –COOL IT WITH THE SINGING COMPETITIONS. but if you’re hell-bent on producing multiples of a certain show concept, you can never go wrong with a clothing-making competition. because whatever it is, i will watch it. project runway. yes. project accessory. yes. the ill-fated the fashion show. yes. the upcoming fashion star. heck yes. i want to see you design clothes and i want to see you cry when the judges either love them or hate them. it’s good television. and i love it.

side note: i truly believe that season two of project runway was the best season ever. season three comes in a close second.

the other night, probably in the midst of some conversation having to do with the bachelor drama or the latest celeb break-up, my friends posed a question. “how are you not working in the entertainment industry?”

i’ve often asked myself that same question a time or eight.

but i think the real reason i don’t channel my inner ryan seacrest or giuliana rancic is that for now, pop culture knowledge is my hobby. while you may think otherwise (and you’d definitely have some strong arguments for that belief), it thankfully does not consume my life. if i worked in the industry itself, i am fearful that it might just swallow me whole.

so if my ability to spew off the garner/afflecks growing brood of babies (violet, seraphina and samuel make three!) at a moment’s notice or chime in with the wedding date of jay-z and lady b (it’s april 4th) warrants nothing more than an eye roll and the occasional “well-done” when offered up in conversation, well, that’s okay with me. one day this useless knowledge will come in handy. like if i ever make it on jeopardy. i’ll take pop culture for 200, alex.

but until then, i’ll just keep it stowed away for those awkward pauses around the water cooler. because no one can resist discussing who got kicked off the latest episode of [insert show where contestants either sing, starve themselves on an island or travel the world for money here]. no one. 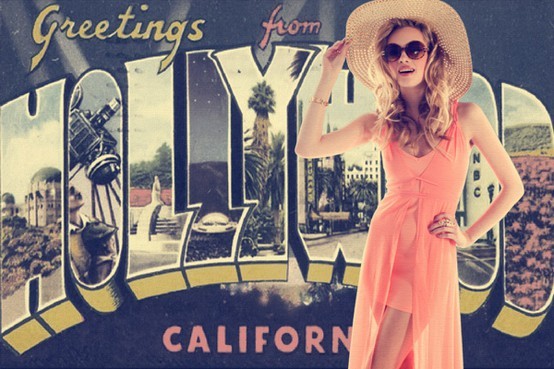