“in spite of everything i still believe that people are really good at heart.” ~ anne frank

i remember reading the diary of anne frank in middle school and becoming enthralled with her story. her belief in the goodness of humanity despite the dire circumstances she and her family endured at such a marred time in our world’s history. i remember being in awe of her strength, her poise, her gentle spirit. and since that time, i have always kept a special place in my heart for all things anne. the above quote, perhaps one of the most famous aspects of her legacy, has become hidden in my memory banks over the years; a sentiment that i have found to be true in my encounterings (not actually a word, but go with it) with my fellow man throughout life’s daily musings.

sure the world has become a hardened place; a war zone ridden with injustices and hate. but out of the rubble stems a glimmer of hope. a perfectly preserved poppy hidden amongst overgrown weeds. and yesterday morning was a pleasant reminder of that gem nestled amongst the rough. that oftentimes given the opportunity, a person’s kindness just may take you by surprise. that despite what is dictated on cnn’s continuously streaming ticker tape of horrible news headlines and tragedies, the human heart is good.

i met a girlfriend for coffee yesterday morning before work; a grande americano with one-inch steamed soy and good conversation were just the things i needed to bring warmth to an otherwise dreary morning. and though the appointment for caffeine and chatter was a special occurrence for a workday morning, my day began like any other -an alarmed-arousal, followed by a bit of primping, an outfit selection and finally photo of the finished handiwork. living alone, dressing, rather dressing in its entirety, can oftentimes prove to be tricky. mostly because of the fact that though pure barre has increased my overall flexibility, there remains still certain areas (particularly my arms) that simply well, don’t really bend that way. so say when i choose to wear a dress (as i did yesterday) whose zipper reaches from the small of my back to the nape of my neck, getting it started and ensuring that it continues to travel upward isn’t an issue, it’s when i yearn to zip it up to its final resting spot that creates the problem. monkey (or another animal whose limbs are notoriously long -careful with that one) i am not and therefore, there have been many a time when i have simply said “forget it,” forgone the quest to zip the zipper in its entirety and relied on the camouflage of my long locks to hide the piece of exposed back. it’s not me trying to be a little sexy, it’s sheer laziness (coupled with that inflexibility i spoke of earlier).

ANYWAY, all this is to say that today, i had all but forgotten that i had been remiss in zipping this particular dresse’s zipper all the way up during my morning routine as i patiently awaited the arrival of my americano. and then a voice. “i just LOVE your polka dots,” she cried. i turned to find the source of said voice and was greeted by a middle-aged blonde with smiley eyes the scent of a fervent floral perfume. “thank you!” i replied, “i love them, too.” and thinking that our conversation was complete, i shifted my position toward the exit door.

but then another shout, this time followed by a mad bee-line in my direction. it was my polka-dot admirer and on her face was a look of sincere concern. “you aren’t zipped all the way up!” she screamed. and before i could respond, i felt her hand on my back as she gingerly completed the action i had been unable to execute in its entirety in my bedroom closet just hours before. and just like that i was fully clothed, finally. and i expressed my gratitude, still a little stunned at what had just transpired. had a stranger really just zipped up my dress for me in the middle of starbucks? yes, yes she had. not only that, but voluntarily, too.

and i realize this is a seemingly trivial piece of evidential support to back my lofty statement of the innate goodness of humanity, but i bet you have a story or five to tell of a situation where the kindness of stranger altered your outlook on life for at least a moment in time. but that’s just it. no matter how big or small of a gesture, it’s the gesture itself that is worthy of reflection. a reminder that despite it all. in spite of it all, we are all on this journey together. we might as well be kind to one another while we’re here, right? even if it means simply assisting someone with their dress zipper in the middle of starbucks on a rainy wednesday morning. 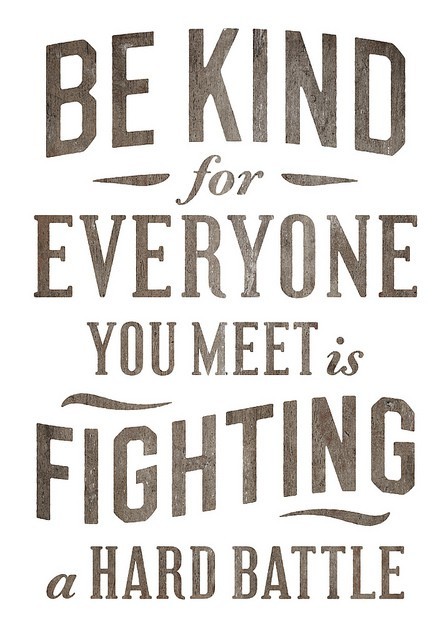