so i’m dating. y’all knew that (right?). anyway, it’s great and awesome and new and fun and all of those really energetic adjectives that describe overall glee.

but i’ve also found it to be extremely educational.

sure, i’ve learned a myriad of things about him (he really loves cheesecake and having “adventures”), but more so, about myself.

it’s kind of a running joke that i use and/or constantly look for opportunities to use the word “juxtapose” in everyday conversation. kind of like how cher instructed tai to do the same with the word “sporadically.” (“i’ll be seeing, ya!” “yeah, i hope not sporadically!”). and get ready because i’m going to drop it in three, two…

because it’s only through juxtaposing (and “juxtapose” quota filled for the day!) the life, routine, and interests of your significant other against those of your own that you learn that perhaps some of the things you were heck-bent on knowing to be true about yourself are well, false. well maybe not “false” entirely, perhaps just “not as true.”

oh you want examples? well, since you asked so politely…

like thinking you’re totally flexible (i mean, i kind of am, thank you, pure barre), but then realizing that no, you actually really like structure with moments of “go with the flow” sprinkled in along the way.

or like thinking you’re outdoorsy then realizing that your version of “roughing it” may mean letting my hair air-dry, a hike at torrey pines, followed only by brunch at pannikin (this isn’t actually true, simply a hyperbole to prove a point. well, after this past weekend, maybe it’s more accurate than i’d like to really admit).

but i think that is the neat thing about dating (well one of the many neat things), it’s about experiencing new things. it’s also very much about compromise and adapting. and most definitely about self-reflection, too. it’s about both embracing the differences between you while all the while being grateful for the already existing commonalities. because while it could be really convenient to date the boy (or girl) version of you, i can’t help but think that may get pretty boring pretty darn quickly. i mean, i think i’m kind of awesome (in the humblest of sentiments, of course), but i really don’t think society could handle my XY counterpart running around. mostly for the fact that the ketchup supply would all but be completely depleted. sometimes you need the yin to your yang, the jelly to your (chunky) peanut butter. someone to come along and push you (not actually push you because that would be rude) out of your comfort zone, gently “nudge” you into the places within yourself that you may have originally deemed unreachable, and ultimately make you realize that you’re so much more capable than you give yourself credit for. and if not, hey, at least you tried. and the willingness to do at least that, well, that will go a long way.

i’m learning that it’s okay to shatter your original perceptions of yourself; that the realization of your shortcomings does not mean the same thing as accepting yourself as a failure. it just means that you’ve become a little bit more self-aware. perhaps in seeing yourself through the eyes of your man (or woman), you are seeing a side of yourself you have yet to see in the mirror. a new perspective. not bad or good, just uncharted. and most definitely enlightening.

i’ve harped before (ad nauseum in fact) that dating, while still very foreign and at times very strange, and always a little bit awkward (or maybe that’s just me personally –i’m just a little bit awkward), has been integral in shaping me into the woman i am today. that each courtship, friendlationship, almostlationship (the former two are not, despite seeming similar, the same thing), flirtatious email exchange, and most definitely, those actual (albeit on , no all occasions, brief) relationships has sought to teach me a lesson or eight. and that as a result, i would love nothing more than to write each and every one of those gents a “thank you” note (i know, i know the book seems to be on a very extended sabbatical as of late. but don’t think i haven’t thought about getting back on that proverbial horse about 987 times) expressing my gratitude to them for the wisdom gleaned about yours truly and my expectations in and out of love. but i can’t seem to find their addresses…

but i’ve gotten off on a whole different tangent entirely, haven’t i? whoopsies.

i guess what i’ve been trying to say for the past 781 words is that if things were to end tomorrow and i was released back onto the market once more, while i would be quite saddened (duh), i wouldn’t chalk my time outside of the single pool as wasted. on the contrary, i would be thankful for the opportunity to yet again learn even more about myself -both my behavior within the confines of a relationship but also, as a twentysomething female navigating through the reconciled dream of what life was “supposed” to look like and what it actually is at this point in time.

but there is not a single situation, not a single one, that wisdom cannot be gleaned from. and with regards to this whole new self-awareness thing that has been occurring for the past two(ish) months, i will say that every presented opportunity for growth has been not been taken lightly. i am learning more about what it means to truly embrace 1 Corinthians 13. and before you go all crazy and think that wedding bells are in my future. hold the phone for 2.5. and then for like five hundred seconds more (that’s not even that long of time, just calm down is what i’m trying to say). more so, i’m learning what a true partnership looks like. what communication looks like (spoiler alert: it’s essential if you’re ever going to have fighting chance). what patience (in many senses of the word) looks like. and what sacrifice looks like, too. what yielding looks like (such a new concept for a pants-wearing control freak such as i) and most certainly (and maybe more importantly) what just allowing yourself to enjoy the moment looks like, too. that trusting God with the reigns will only bear fruit and that bringing the 110% most authentic version of yourself to the table is the only table guest worth bringing (so all other versions of me, please don’t RSVP, k?).

so yeah, maybe i like planning things. and i’m never going to be chosen for the cover of wilderness weekly (is that even a periodical? i bet it is, i mean garden & gun is a thing (and a really cool thing at that!)) and i have had my fair share of “wow, did i really just do that-slash-say-that” moments thus far (i can only imagine what the future holds for us. if anything, it keeps things interesting (and keeps him entertained!). but all of that combined, along with some really really awesome moments, is what riding this relationship train is all about. it’s about the ride itself, not the destination. it’s about the stops and the stories made along the way and not so much the end result. if i have to learn that i’m allergic to joshua trees to teach me that maybe i should stay behind the next time a desert camping trip is planned, well at least i will have learned that first hand. because that meant that i gave it a shot. and trying something in and of itself is where the lesson is learned. despite the outcome overall. and boy if that isn’t a metaphor for life in general. good, bad, or ugly, if a lesson is learned from it, the experience was worth it.

so maybe i’m not the things i thought myself once to be. maybe i’m different entirely, or maybe i’m just seeing things with an unbridled perspective. either way, i’m having a lot of fun finding out. 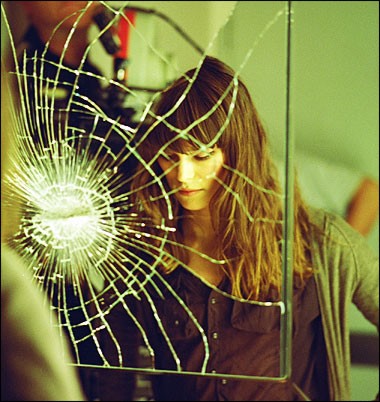