so my birthday is in 3 days (right as if i haven’t mentioned that like five billion times already) and though it may appear on the contrary, i actually have always had a love/hate relationship with said day.

it’s never really been about turning another year older (heck, i would have probably been the real-life version of 13 going on 30, also how GREAT is that movie?), more so, about the expectations that come along with ringing in another year logged on planet earth.

the party. the celebration. the invitations. and the guests themselves.

truth be told, i’ve never had a terrible birthday. just maybe a few too many that wouldn’t end up on anyone’s top ten list anytime soon. and i’ve tried countless times to quantify just as to why each year’s celebration hasn’t been more memorable than the last and well, i haven’t concluded much.

what i have been able to deduce is the fact that i rely too heavily on unrealistic expectations (more on that in a minute). additionally, i think i underestimate how much i really do discourage hooplah in my honor. despite the fact that i find myself quite a bit more social than say, i was about two decades ago, i still identify with that painfully shy girl of my youth -the one that would run and hide under the table when the singing squad of red robin employees marched, ice cream sundae in hand, through the restaurant en route to our seats. so maybe the anniversary of my arrival in this world just serves to be a reminder of how insecurity is still very much a real thing in the life of yours truly. or maybe the red robin robin really just was that frightening. either way, despite all of that, there have been a few birthdays that are worthy of note…

for my fourth birthday i had a shark-themed celebration. there was a pinata and a cake covered in swedish fish. i remember throwing some sort of tantrum when people tried to sing “happy birthday.” i’m starting to think that maybe my real issue is with the song itself….

for my tenth, to commemorate the arrival into the “two digits” category of age, about a dozen girlfriends and i (i don’t really remember having that many friends as a tween, maybe my mom paid a few of them off…KIDDING) were treated to a limo ride from our house to la jolla for lunch at the swanky restaurant better known to commoners as “johnny rockets.” i know, white linen tablecloths and everything. but really, it was kind of sweet to pull up to a burger joint in a STRETCH LIMO. i mean, celebs, they’re just like us! they have their drivers take them to johnny rockets for a greasy burger and fries! also, you know in movies when the people riding in limos stand up through the open sunroof and do something like fist pump or wave to the passerbys? that’s totally frowned upon in real life. i know, i was disappointed, too.

for my 16th, i was blessed enough to find a brand new honda civic in my driveway. i don’t even know if i did anything more than drive her around with one or both parents as supervisors that evening. and you know what i don’t think i cared. oh yeah, in case you were confused as to why my parents had to accompany me on my maiden voyage in the old civ, well, just know that i was the girl that waited just a tad bit too long to get her learner’s permit so technically i couldn’t ride solo (thank you, jason derulo) until october of my 16th year.

my 20th was spent in barcelona, spain during my summer abroad. i’m pretty sure that’s all that needs to be said about that.

the following year, the much anticipated and highly hyped 21st, may have been the tamest 21st ringing-in of all time. joined by two of my high school bests, i ventured out to brockton villa in la jolla for a classy little evening. when it came time for me to order my first official legal alcoholic beverage, i carefully scoured the libation list for the perfect cocktail to mark said occasion. but much to my chagrin, brockton villa does not serve hard alcohol. wah wah. so i was forced to order a glass of white wine (mind you this is prior to developing my current extremely sophisticated palette, obvi) which i promptly diluted with a side order of sprite. i’m pretty sure i was buzzed by the third sip. it was a weird evening.

and the rest of my twenties have been great in their own way. nothing too dramatic comes to mind when i try to piece together what exactly transpired on each of those subsequent celebrations, but that’s probably a good thing, because that simply means it was most likely spent with my parents at one of my favorite restaurants in town. which is realistically what i always ever want to do when that special day comes around.

i will say that last year was quite fabulous with the addition of a tim mcgraw, luke bryan and the band perry concert as well as a day spent shopping with my favorite partner in crime (hint: she’s the reason for my existence on this earth in the first place).

so yeah, here we are again. this 27th year has all but snuck up on me like a surreptitious little snake (which as i think about it, would be TERRIFYING if it were not merely a metaphor), but i think i’m ready for it.

i realize that perhaps my attitude adjustment for this celebration in particular indirectly hinges on the current awesomeness that God keeps pumping into my life these days, but happenings aside, i really think that i’ve worn out my stay at the “woe is me no one wants to help me celebrate my birthday” hotel. taking up residence there has not only been ridiculously selfish, but just plain silly, plus they don’t even have room service.

so instead, for the first time in gosh, i don’t even know, at least five years, i decided to take matters into my own hands. while i do have a weekend away planned with my momma (a tradition that i have come to look forward to with each passing year) as well as the promise of a special evening with my main squeeze, i took the initiative to also plan a casual dinner for a few of my favorites and myself at one of my go-to eateries on monday (my actual birthday). and i am beyond excited and well, to be completely honest?, relieved that there are quite a few of my invitees that have made special arrangements to ensure their presence at this evening. i mean, i know, it’s extremely irrational to think that my friends wouldn’t want to join me in ringing in my special day, but i would be lying if i said that i haven’t attempted this once before and the turnout was less than stellar.

which may or may not shed some light as to the reasoning for my love/hate relationship with birthdays. maybe like my old expectations of love and relationships, i’ve simply watched too many romcoms or read through too many bloggers’ recaps depicting birthdays to be this momentous end-all-be-all of occasions. and they certainly can be, and i hope one day to have one of those myself. but i think i’ve FINALLY realized that birthdays should simply be a direct reflection of the person of whose birth we are celebrating. for example, i’m not the “life of the party, out all night, let’s go to vegas and do shots” kind of gal. i’m a stay at home in sweatpants, eat a big bowl of roasted veggies and watch a movie on my laptop kind of gal. so you know, it makes sense that my birthday shenanigans would follow suit. i’m not quite sure why it has taken me this long to make this connection, but better late than never!

because at the end of the day, all i really want to do to ring in another year of life is to spend time with the ones i love, maybe open a few presents, and eat some sort of deliciously decadent dessert (preferibly something that contains peanut butter). i would also like to be wearing some sort of really cute outfit and i wouldn’t hate it if i was having a really really good hair day, too. so you know, i feel like those are more than reasonable requests.

so here’s to making them happen.

and you know what? this year, i may even stay at the table when it’s time to sing “happy birthday.”

but i’m not making any promises. 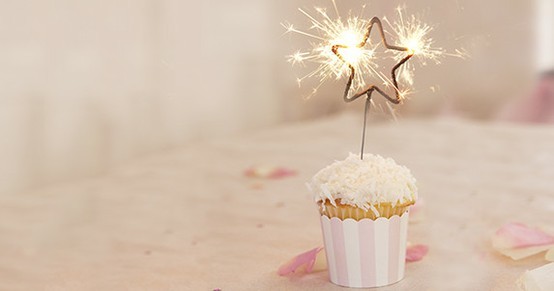