so will you hate me if i talk about my birthday again?

i know, i’m like a regular broken record over here, but i promise these thoughts are a little different than what i’ve posted before.

so yeah, being 27. i mean, i’ve only officially joined the late 20’s club two days ago, but as a seasoned veteran now, i feel as though i am more than adequately equipped to offer a little unwarranted advice (isn’t my advice always unwarranted? probably). or at least thinking (writing) out loud which is basically all blogging is.

actually, according to the movie contagion, blogging isn’t even writing at all, “it’s graffiti with punctuation.”

and you know, that’s kind of true, too.

i mean, technically i don’t feel any different. in preparation for the big event, i’ve actually spent the last few months or so practicing answering the question, “how old are you?” with “27,” so the number oddly rolls right off my tongue with ease. and it’s not like a milestone birthday or anything like say, 25 or 30, it’s kind of sandwiched in the middle so i’m not even sure if i’m supposed to feel any different out of principle.

but regardless of emotions, the truth is, i AM another year older. hopefully, another 365 days wiser and if not, well at least i got rid of the ombred hair.

i’m not really sure if i’ve ever really thought about what sort of things go along with being a 27-year-old. i suppose i always thought i would just figure it out when i got there. and here i am. still not quite sure whether or not it’s time to start using anti-wrinkle cream and upping my monthly contributions to my 401K fund (survey says: it’s never too early to start doing BOTH), wary of the fact that i still very much feel as though i’m fresh out of college with the world as my oyster though i’m about to celebrate my five-year anniversary at the club, and continually contemplating if it’s time that i draw up a living trust. i am ahead of the game with that whole having a mortgage thing, and paying home owners association fees every month (woof) does also make me feel very “adulty” (see also: poor). but other than that, the jury is still out.

because when i look in the mirror, though i have a few worry lines in my forehead and my often-present slight scowl has warranted a few unfortunate creases around my brow (apparently, as my mother reminded me, nothing that a little botox couldn’t amend!), i still see the baby face of yore (or yesteryear, and for those of you who catch this reference, i sincerely applaud you).

it’s this weird disconnect; the whole “not a girl, not yet a woman (a la britney spears singing atop a desert mountain)” complex. that moment (or moments) that you begin to realize that it’s probably inappropriate to shop in the junior’s department and that you know, that money used to maintain that subscription to seventeen magazine is better suited for something in the way of better homes & gardens (okay okay, maybe real simple is more accurate?).

i mean, i am realizing that i’m WAY closer to 30 than i am to 20 (which for those who may be reading this, is an awesome thing. 30 is totally the new 15, duh) and while that really has never scared me (i’m the girl who literally submitted an answer to a college essay question “what would your autobiography be entitled?” with “being 30 at 18” essentially describing the fact that i’ve always been soooo mature for my age) before, it seems so ominous now. but then i think of jenna rink and how i’m totally going to be 30, flirty, and thriving, and it doesn’t sound so bad.

and i think about the alternative -about what it might be like to push the restart button and have a second go at my early 20’s and those formative years. and while i would be lying if i said that it wouldn’t be a blast to try my hand as a college freshman one more time, i don’t think i would ever want to relive those moments as a very frail and self-unaware young lady in those first few months just freshly out of pepperdine, navigating the “real world.” i mean, i am thankful for those times when it felt as though life just seemed to have the upper hand because it has made me stronger and all the more appreciative of what confidence and wherewithal i’ve managed to muster and maintain since those days.

and i know i’ve spoken (one too many) a time or two about how it’s fruitless trying to predict or plan for how your life is supposed to be at any given point in time. but the truth is, it really is exhausting trying to maneuver every twist and turn. 27 has arrived. it looks differently than i thought it would. but ironically enough, i don’t look any differently. or really feel any differently, either. in fact, i told my mom on monday that it didn’t even really feel like my birthday (although i’m not exactly sure what you’re supposed to feel like on your birthday except maybe really really loved on and full from all of the cake you’ve consumed).

but despite all of this grey area and this not feeling-slash-not knowing, i am really happy with where i am at. in fact, in an attempt to, well, be the best dang 27-year-old i can be, i’ve made a conscious effort to do things a little differently this time around. a few minor tweaks to ensure that i don’t take lightly this particular stage of my life (i.e. the stage when i’m unfortunately not getting any younger) and here’s what i’ve come up with so far:

i have started wearing sunscreen on my face on the regular because it’s important. and you know, that song “everybody’s free (to wear sunscreen)” said it was a good idea, too (which i just noticed was addressed to the graduating class of 1997!). i’ve also realized that (shockingly), i’m exactly where i need to be in order to retire at 104 (just kidding, hopefully it’s 65 but who knows?). i started really taking the time to let people know how much i appreciate them as well as kept up with my practice of sending hand-written thank you notes whenever warranted. people really do love snail mail.

i’ve eaten more dessert in the past three months than i have in probably three years and i’ve most certainly adopted a later bedtime for pretty much six of the seven days of the week (i realize these two instances may or may not be directly correlated with that whole having a boyfriend thing, too). i’ve learned to spend more time out from behind the television set and that i may never grow tired of my regular date with the solana beach pure barre studio.

in my older age (and after the great san diego blackout of 2011), i’ve learned to never let my gas tank dip below a quarter tank, and that i would probably be lost in some rogue neighborhood in el cajon (no offense, el cajonians) if it weren’t for gps. seriously, thank GOODNESS for gps. in an attempt to maximize the contents of my checking account, i’ve forgone many a tj’s visit in exchange for sprouts (i know, i don’t even know who i am anymore, but the latter’s produce prices are just so dang reasonable!) and i’ve learned that the outlet store has just as fabulous of items as its full-priced counterpart. basically, i’ve learned to be a barganista in every aspect of my life (fist pumps).

in my 27th year, i have embraced my dark side (relax, i’m referring to my hair color) and PANTS i wear them on the regular (just not in the relationship, HEY-O). i’ve changed cars and perspectives on what really matters in life (here’s a clue: it’s has something to do with PEOPLE and the time spent with them and less with material things). i’ve given up trying to explain my ketchup addiction and instead just simply hide behind the guise that everyone has their vices. i’m like [    ] close to finally obtaining GOLD CARD status at starbucks which both brings me both joy and sadness. joy over the fact that i’ll finally be getting free refills and syrups (and a really “official” looking gold card with my name on it!) but sadness over the fact that i’ve probably spent upwards of $100 obtaining said status. again, vices, people, vices. i’ve also really started regulating my h-two-oh intake. which i’m sure is still not enough.

i call my grandma weekly and i really try to swiffer and/or dust when i can. i’ve gotten a lot better about actually putting away the laundry once it has dried on the clothes rack. i take time to practice my spanish whenever possible (i mean, it really is useful) even if it makes my head hurt a little trying to recall words like “scarf” and “eyebrow” (yes, those words come up in common conversation) and i should really start taking advantage of the fact that one of our line cooks is fluent in french. apparently guys dig girls with french accents (right now mine french accent sounds eerily similar to a british woman who also talks with her hands).

i’ve become a lot more spontaneous (i mean, as long as i have plenty of notice to plan for said spontaneity) but i also think there is still something to be said about planning for that weekend away. i’ve learned that it’s okay to speak up for what you want (or what you don’t) and that despite the fact that some people are impressively good at reading body language, i’ve yet to find a really good mind reader. if someone doesn’t care about what you have to say, they simply won’t ask you at all.

to me, being 27 means fostering routine while still maintaining a healthy dose of wanderlust. it means cultivating your independence and continuing down the path toward true self-acceptance, but to also allow for moments of severe vulnerability. it means taking chances but also giving second ones, too. it means shopping at j.crew more often than forever 21 and realizing that you really could live off brussels sprouts and peanut butter if left to your own devices. it also means that it’s never too late to start a new hobby or interest and or that dusting an old one off the shelf and giving it a sophomoric chance at life is just as swell, too. it also means it’s HIGH TIME i learn how to parallel park and that i really need to work on my nightly adherence to flossing.

but mostly it means that i’m really just content with being here. at this juncture, at this age. i’ve wished that time would spin forward and i’ve wished that it would turn back, instead. but right now, i’m kind of praying that it just maintains its steady pace. it’s fun to have it pause and to relish in specific moments in an attempt to never have them end, but it’s also amazing to watch those second hands march on. because when time forges on, so do we. into new adventures, trials, and triumphs, into love and into heartache, and into a deeper understanding of what it means to take full advantage of this precious existence God has so graciously bestowed.

so here’s to 27. may it be as fabulous as the last 26 and maybe just a little bit better. 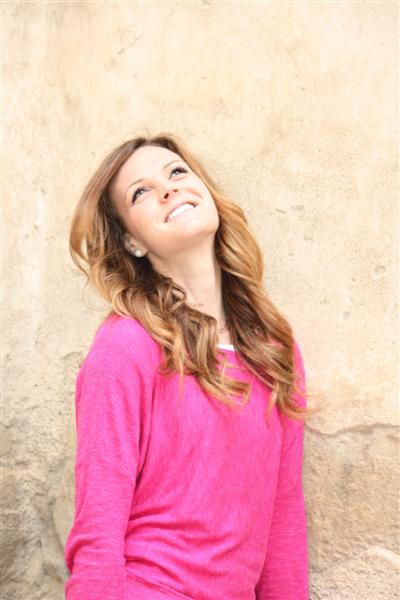 yes i am aware of the fact that this is also my current facebook profile picture. i just really like it, k?