oh hey, did i miss something? because it can’t POSSIBLY be monday already, can it?

so remember when i said i hoped to accomplish the following items over the course of this two-day break from the 9-5 grind? welp, ironically (and awesomely) enough, the one thing i was confident i would in fact complete (aka laundry) was the one and ONLY thing i was remiss in seeing through.

if you need a refresher, here is said list:

◦avoid pulling a hammy (or any muscle for that matter) slash avoid dying on my first run in over nine months
◦try to look at least semi-attractive on said run (hey, a girl can dream)
◦oh yeah, try not to embarrass my boyfriend also on said run (“oh that girl? yep, never met her”)
◦successfully cook salmon en papillote (just a fancy way to say “in parchment paper”) without a) burning down the house b) making the house smell like sea world before burning it down and c) giving us food poisoning
◦share excerpts from the book (yes, people, we are back in business, dear ex, thank you, love me is officially being revisited and i must say i’m quite enthused) with the boy without either having a breakdown or scaring him into thinking i’m a crazy person (it may or may not be too late for that)
◦eat everything in sight (because it’s comped and who doesn’t love a free meal?) at our fancy schmancy date night at la jolla’s acclaimed the steakhouse at azul
◦emerge from my hair appointment as a stunning goddess with flowing strawberry blonde locks (fine, we can scratch the goddess part, i just want my highlights to look good, k?)
◦do laundry

which you know, means the following transpired anywhere between friday, june 22nd and sunday, june 24th:

i did not in fact pull a hammy, a quad, a calf, or any other muscle for that matter, and this isn’t a ghost writer typing this message, so you know, i’m STILL ALIVE! meaning that for all intents and purposes, my first trip back in the saddle, er, back in the asics was successful. yeah, i was a little winded after about five to seven minutes of pounding pavement and my legs began to burn soon thereafter with the heat of a thousand suns (which may or may not have partially been attributed to the fact that i had taken four pure barre classes in a row that week), but donned in my bright pink tank and black lulu crops and a stylish black baseball cap (and you know, having an attractive man by my side always helps my cause), i think i may have actually been able to hide the pain behind my semi-attractive exterior. we ended up choosing the approximately two-mile round trip route from his apartment to the OB pier which actually proved to be the perfect stretch of pavement for my return to the running world, if only for the fact that it was both flat (woo!) and ended up with us at the beach at around sunset. so if i had to summarize the experience on the whole it would be this: sometimes all you need is a little push and a whole lot of encouragement and then just the willingness to get ‘er done in order to get back into the swing of things. because goals are way easier reached when you have someone to champion your efforts and to assure you that you’re so much more capable than you give yourself credit for. that and you know, i was promised a really really big meal afterward and like i’ve may or may not have mentioned before, food (and starbucks) are BIG motivators for yours truly. 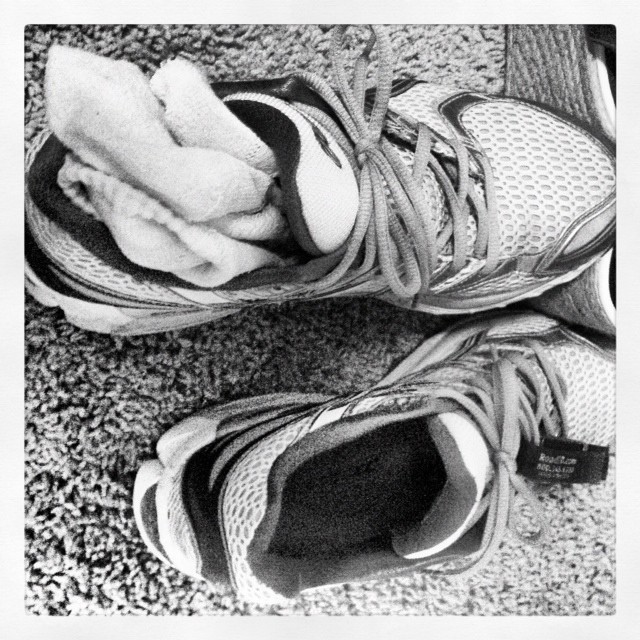 forget the saddle, i’m back in the asics.

speaking of food, feast your eyes on this baby. 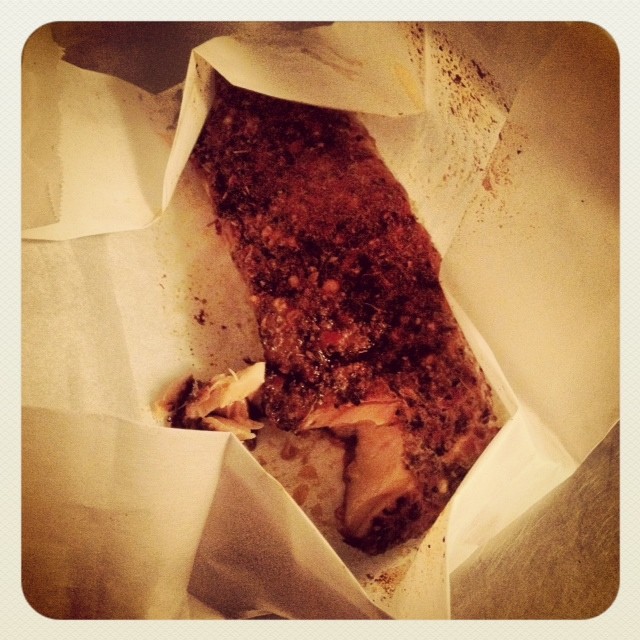 no boyfriends were poisoned or houses burned down in the making of this salmon.

that would be a cajun-rubbed salmon fillet perfectly cooked en papillote by moi. thanks to a brief consultation with the club’s executive chef and the fabulous establishment of trader joe’s (warning, do NOT, i repeat, do NOT, shop for dinner and/or the rest of the week’s meals when you have just finished a run and are completely starving. i’m not quite sure how we didn’t end up with four more bags full of groceries) for providing us with pre-seasoned fish, as well as a few prayers (i’m not kidding), i earned a few more stars in my apron for finally mastering the art of preparing seafood. i served this baby alongside some roasted broccoli, zucchini, squash, and brussels sprouts and a “creative” quinoa side dish that combined the sprouted grain with chickpeas, sun-dried tomatoes, and a little balsamic vinaigrette. i know, i would date me, too. KIDDING. but really, it didn’t take more than 25 minutes start to finish and it was DELISH. and after consuming every last bite of my portion as well as the uneaten vegetables from his plate, i still had room for one or five of these bad boys (i know, i think i often scare him (and by scare i mean “impress?”) by how much i can consume in a single sitting, i can’t imagine what he’ll think of me at thanksgiving…): 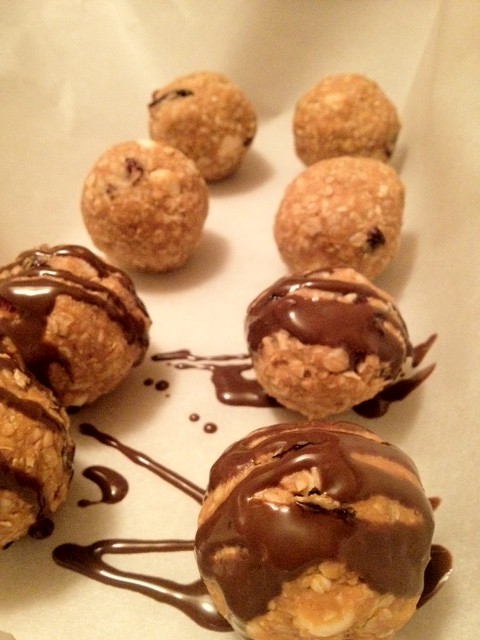 peanut butter balls, or as i like to refer to them as, “little drops of heaven.”

but the boy insisted that perhaps we let the food we just consumed digest, before you know, putting even MORE food in there. i hate it when he’s logical like that. but obviously he made a point, so we left them in the fridge to firm up while we watched austin powers 3: goldmember (i have now successfully seen the entire trilogy! it’s only taken me like 15 years). and a few hours later, we partook in their peanut buttery goodness. and my goodness were they delicious. and i have to give credit where credit is MORE than due. these beauts were created at the hands of my man, himself. if his dinner-making skills are as good as his dessert-making ones, let’s just say i may or may not weigh 500lbs. by christmas. ah, now i see why he suggested i take up running again, it’s all making sense now…

following dinner, dessert and the movie, i was able to read a few relationship stories of the past (previously penned for inclusion in the book) aloud as my sweet guy listened on intently. and as vulnerable and yes, even downright scary, as it was to utter those tales out loud to him, his genuine gratitude for my transparency and his accompanying praise made it all worth it in the end.

saturday morning brought with it gorgeous weather and a check-list of to-dos. the first of course, a date with the pure barre studio, followed by a much needed and highly anticipated hair appointment for a little tressels tlc. 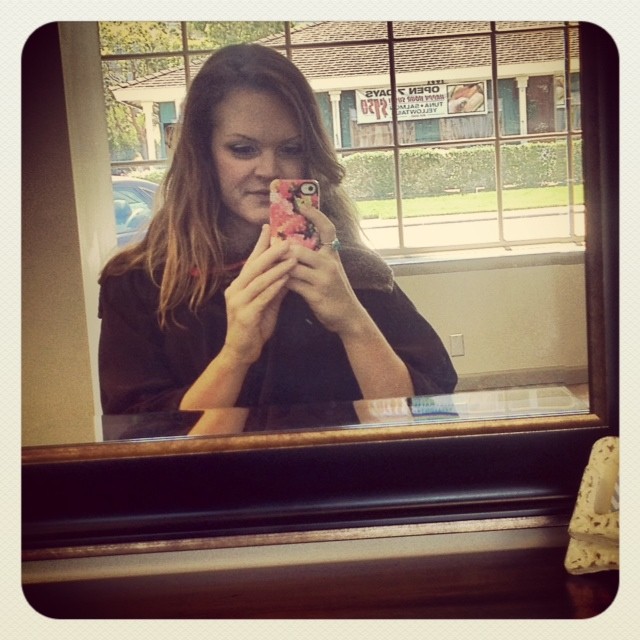 getting the hairs cut & colored. 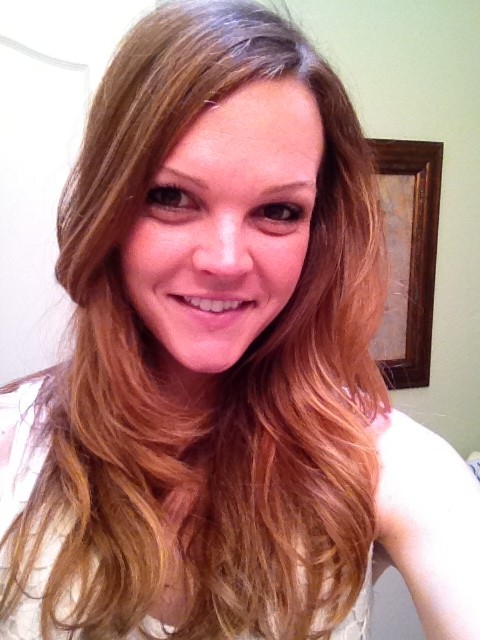 finished product: a little lighter and a little brighter. a lotta happier.

following my morning of pampering, i managed to squeeze in a few more miscellaneous items before getting gussied up for our big night out at azul. 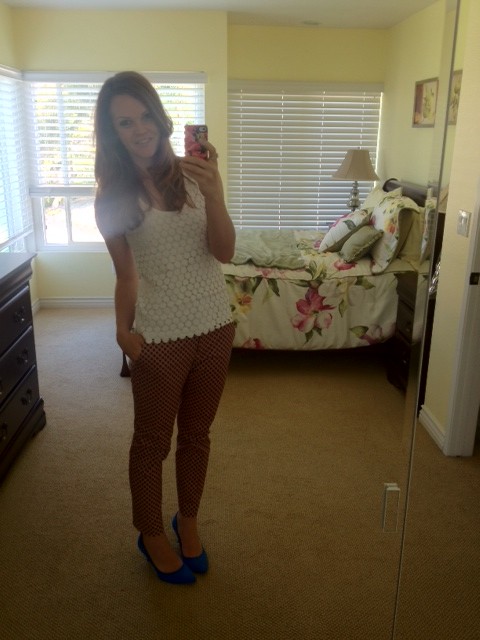 consider me gussied up. date night duds to woo my dude.

and after getting caught in a bit of “it must be summer in san diego” traffic, we finally made our way to the picturesque steakhouse. and my oh my did we have a wonderful time. and since you’re probably growing weary of my (usual) loquaciousness, i’ll simply let the photos speak for themselves. 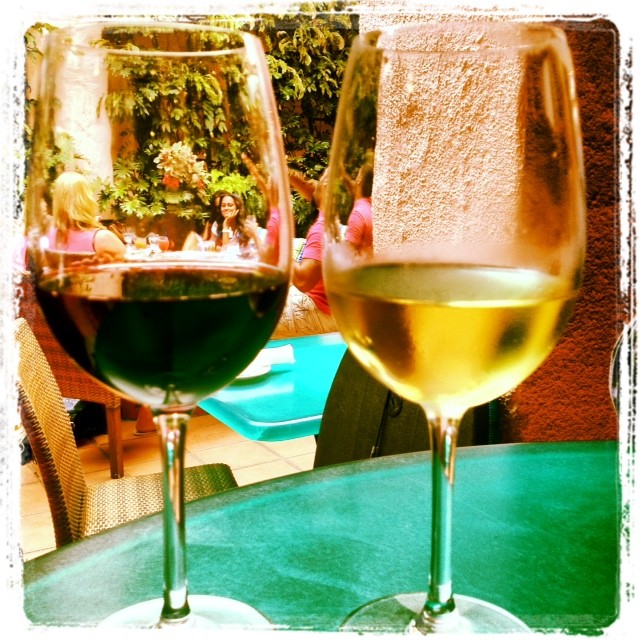 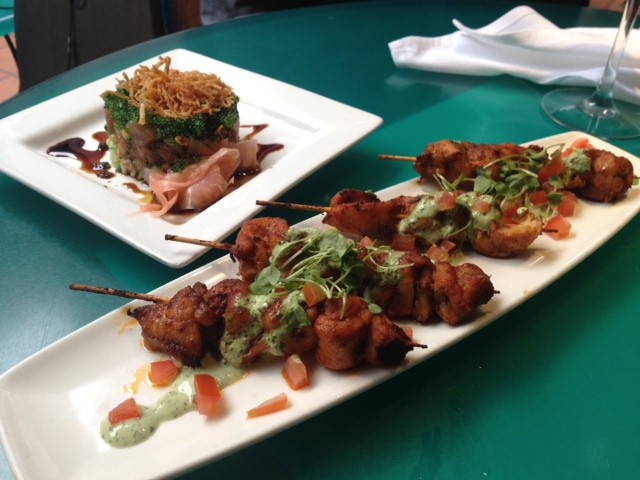 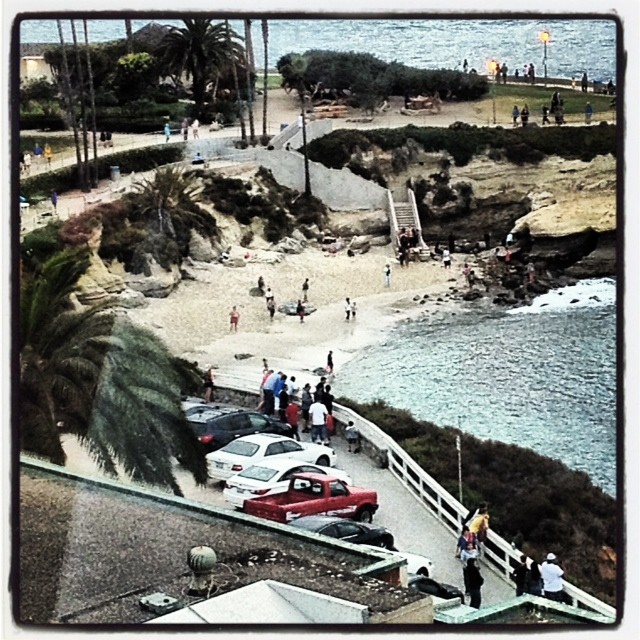 no big deal, just the VIEW from our table. 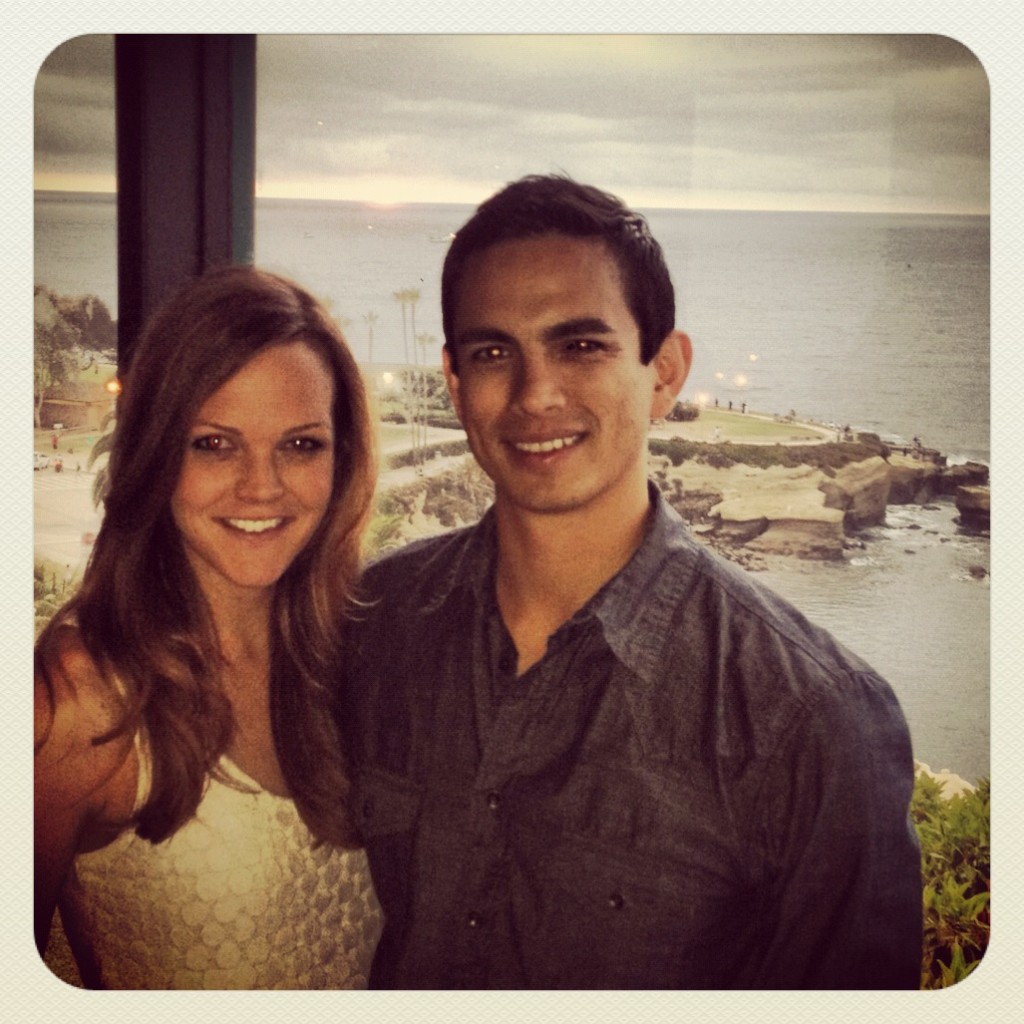 date night with my man. (also, props to our server for his mad camera skills) 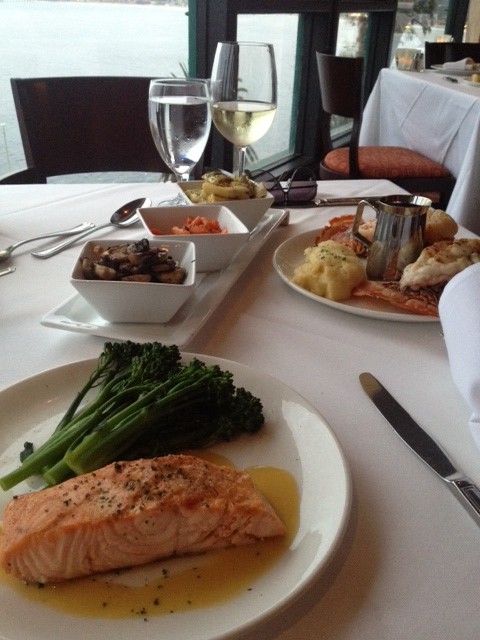 the spread. salmon for her, lobster for him. and veggies for days for both of us 🙂 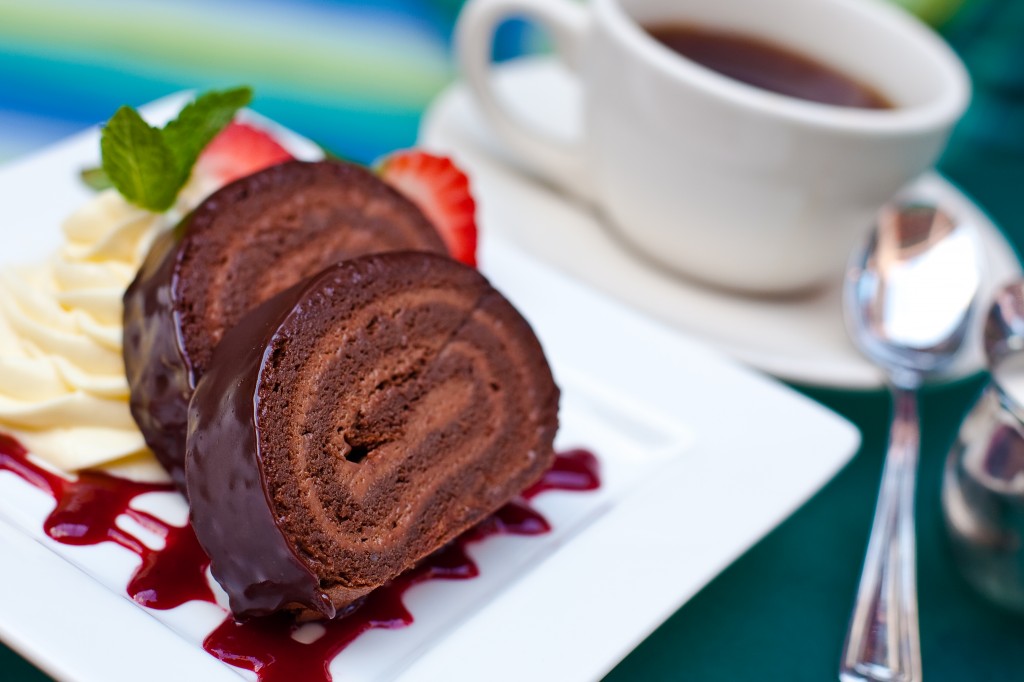 as if it couldn’t get any better: flourless chocolate cake & caffeine to end our meal. photo credit: alternative strategies

this may have been our fanciest and most indulgent meal to date. from the view to the food to most definitely the company, it was an evening i’ll remember for a good long while. and don’t forget to read my review of the steakhouse at azul itself on askmissa.com in the next day or so! (couldn’t miss an opportunity to plug my other writing gig, obviously).

after such a big friday and saturday, you’d think we couldn’t have possibly have fit any more into our temporary work-week hiatus. but oh no, think again, folks, we are big on free-time maxification. so sunday consisted of church, lunch with friends, and finally an evening showing of pixar’s newest flick, brave (it’s adorable).

so yeah, i’m not gonna lie, i am feeling quite accomplished this morning; that i managed to follow through with all but one of the proposed bullet-points i composed just a little more than 48 hours ago.

i just didn’t expect that one unaccomplished task to be laundry. but that’s what weeknights are for, right?