sometimes when i try to explain my deep affections for my fellow internet contributors (i.e. bloggers), i get tongue tied. try as i may, i simply cannot quantify why it is that so many of their daily musings resonate with me on a perpetual basis. instead in my attempts at said explanation, i oftentimes come across as just being creepy (turns out, i’m probably a little bit creepy in general, too).

i realize it’s a strange thing, to have an intimate knowledge of a complete stranger. but sometimes, when you read someone’s insides strewn across a computer screen for all to see, you can’t help but take notice of their vulnerability. that perhaps, in reading their struggles and triumphs, even tuning in for their every day ensembles or posting of poignant pictures and quotes, you see a bit of yourself, their words become your own and you come to know a part of yourself that you didn’t know was there before.

i tried to meet a blogger in real life, once. it was actually two bloggers, in two different cities, if we’re being really honest. and i was [    ] close to making it happen when logistics got in the way (right now you’re probably thinking suuuuuurreee, it was “logistics” wasn’t it?). i remember explaining it to a few friends, this mission to make IRL relationships with a select few who i’ve only come to “know” through the elusive internet, and them thinking i was crazy.

and maybe i was (if we’re keeping track here, we’ve so far labeled me as both creepy and crazy, which may again be partially accurate).

but then i read something like this quote that i stumbled upon while reading, well what do you know, a BLOG that i follow on a regular basis. and i can’t help but think that she describes exactly what i attempt to explain each and every time someone gives me a look of perplexity as i begin to ramble off a fellow blogger’s favorite foods and dating history.;

There are people who I’ve met on the Internet who have become my IRL friends I see and hang out with all the time, and there are other people who I know I’ll probably never meet because, for example, they’re teenagers who live in California and it would be almost inevitably weird and awkward if we did meet, but I still feel close to them. I know I’ve said some version of this before but it’s still the best way I know of describing these relationships: a part of me knows a part of these people really well, and vice versa. Our whole selves aren’t communicating, but those parts are close. Even if I’ve never emailed or messaged with someone, I sometimes feel like even just repeatedly “liking” their posts constitutes a tiny bit of a relationship. And sometimes there’s much more than that: a daily dose of information about someone’s outfit, food or mood, or the kind of books they’re reading, stuff I don’t know about some of my close friends. Stuff these people might not be telling their close friends, that they’re telling the Internet. Stuff they’re telling me.

i can’t tell you how many times i’ve simply composed a story on my blog in place of sharing it in person with some of my dearest friends. and maybe that’s because i’m much better at expressing myself through the written word than by any crafted audible phrase. or maybe it’s simply easier to delay the in-person reaction for a time. or maybe still i share it for those reading who aren’t my dearest friends; who aren’t friends or even acquaintances at all, who might need to hear it, too.

i’ve told you before that i have been asked a time or two of whether or not i get nervous to share so many intricate and intimate details about my life for all of the world to see (i’m pretty sure the entire world isn’t tuning in, but there’s probably at least 50 of you, right?). and i can honestly say, that for the most part, nerves are furthest thing plaguing me when i hit the “publish” button in the corner of my screen. instead, there’s a sense of accomplishment when i pour out my heart onto the pages of this plot of internet real estate; a sense of pride in the freedom found in reckless emotional expression. even if it doesn’t receive any “likes” on facebook or no one leaves a note in the comments section, even if it isn’t read by a single solitary soul, it’s there as a reminder to me, a reminder of a time when i felt those specific emotions at that specific juncture in my life.

this blog thing is so much more powerful than we often give it credit for. words found amongst the blogosphere have made me stop and think, changed my perspective, and sometimes, even rearrange my life. therefore i can’t help but consider the authors of said literary gems anything but kindred spirits; “friends” of some fashion, speaking wisdom, or simply offering humor, most often exactly when i need it most.

and maybe i’ll finally meet one of them someday, in person, for coffee and conversation. and i’ll thank them for the impact they’ve made on my life.

or maybe i won’t.

it won’t stop me from reading their musings, and most certainly won’t hinder me from continuing to publish my own.

i’ve found friendship with strangers, as crazy as it seems, and you know what? i’m really thankful for that. 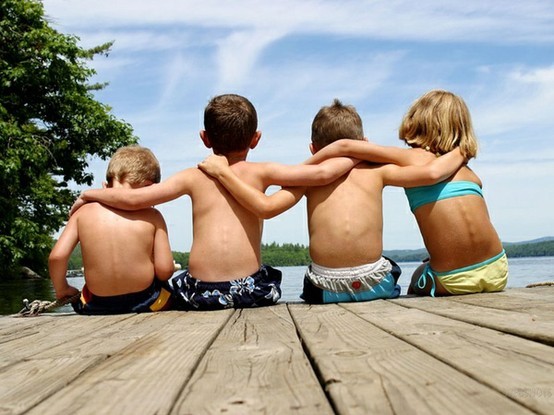