we watched moneyball last night -his first, my second go around. and i enjoyed the repeat performance just as much as i did on my first viewing. maybe more for the fact that equipped with the foreknowledge of the movie’s events, i was able to simply sit back and relish in the cinematic gloriousness of it all. of course for the acting itself (i mean, jonah hill is just so good as peter brand), but also for the life lessons hidden amongst some good old fashioned sports metaphors. and of all of the categories for metaphors, the sports variety are by far my favorite. take for instance a scene near the end of the movie (this isn’t going to spoil it, i promise), where peter (jonah) takes billy (brad pitt) into the film room to show him a clip from a recent minor division game.

peter brand: the visalia oaks and our two hundred and forty pounds catcher, jeremy brown, who you know is scared to run to second base. this is in the game six weeks ago. this guy is gonna start him off with a fast ball. jeremy’s gonna take it in the deep center.

peter: here’s what’s really interesting. because jeremy is gonna do what he never does. he’s gonna go for it. he’s gonna round first and go for it. okay?

[he starts the tape again and billy watches it closely].

peter: this is all jeremy’s nightmare coming to life.

[the tape shows jeremy awkwardly sliding into second base as the players and ump excitedly gesture at him].

billy: ah, they’re laughing at him.

peter: and jeremy’s about to find out why.

[he pauses the tape again].

peter: and jeremy’s about to realize that the ball went sixty feet over the fence. he hit a home run and didn’t even realize it.

you see, going into that at bat, jeremy had already concluded in his mind that he would more than likely fail. so when the exact opposite end up happening, he almost missed it entirely. it was as if he couldn’t fathom that the assumed “impossible” was in fact, coming true.

i mean, i don’t know about you, but i’ve certainly had my fair share of “jeremy” moments; those times when i went into a situation with the most pessimistic attitude only to have God blindside me with an unexpected blessing. it’s a weird feeling, truly. and it requires a bit of reconciling, too. for in order to truly enjoy this uncharted success story, you must first release your tendency to see failure as your only option.

because like jeremy brown, we’ll never realize (and relish in) our home runs in life if we always just assume that we’ll get thrown out at second base. 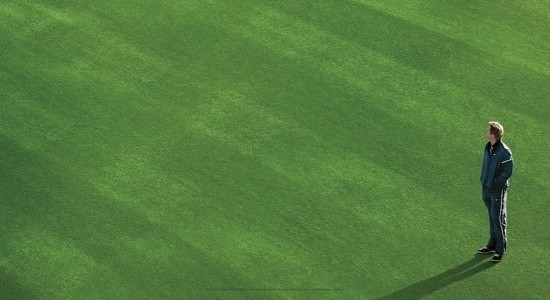