there are a lot of privileges that come in finally reaching the top rung on the proverbial high school ladder -prime parking spaces, a near-guarantee spot on the varsity team of your choice and as was the case at my high school, off campus lunch.

come every thursday morning of my senior year, the campus was a buzz with talk of where my and my fellow fourth-years’ culinary cravings would take us once the clock struck 11:30 a.m.

rubios? pizza port? a sprouts’ sandwich to go? the world outside the gates offered a myriad of possibilities and just the level of freedom we so longed for as we straddled the fence of adolescence and adulthood.

and for three-quarters of those beloved thursdays, i accompanied classmates on these lunchtime rendevous. but that all changed once i met my boyfriend in april of my senior year. i know, i’m the girl that abandoned my friends for her boy toy. in all honestly, it was quite the opposite but that’s another story for another day. anyway, he went to another high school so having time together during the week was a premium. therefore, if given the opportunity to spend those 35 glorious minutes off campus with the object of my affection, i was sure to take it. he was a catcher on his school’s baseball team so before practice most days he went to the local country club to have his knees properly taped. said club was a mere handful of minutes from school, so armed with my whole wheat bagel with jelly (before that whole not-eating-gluten-thing happened), i would scoot my little booty up that way and we would spend whatever time remained sitting in the back of his dodge durango, our legs dangling above the concrete, my head resting on his shoulder, just soaking up each others’ company. a regular modern-day fairytale if you ask me.

and most thursdays were the same right up until graduation day two months later.

it has been about nine years since i have met a boyfriend for a midday meal (it has almost been nine years since i had a boyfriend at all. okay, that’s a lie, it has been about six). but today, on a wednesday (not a thursday), i relived the glory days of high school as i snuck out of work (i’m seriously full of lies today, i didn’t sneak, they totally knew i was leaving as i have to give them ample notification prior to exiting the property) to meet my sweet guy for a lunchtime treat.

and though the locale was nothing glamorous (i don’t know about you, but chipotle is pretty fancy when you think about it) and the date itself was over almost as quickly as it began (darn you, hour-long lunch perameteres), it was just nice to interrupt my otherwise hum drum work day with a visit from that dimple-faced guy i’m quite fond of these days.

(p.s. fist pumps & high fives to anyone who catches themean girlsreference in the title of this post, not like i even have to clarify for you, jerns & miss B) 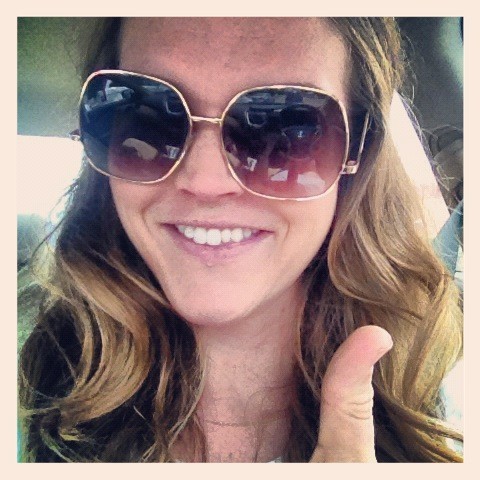 this is the face you make when you sneak out of work to meet your bf for a lunchtime date. also, creepy thumb.