i should have known better, but the sun was so ridiculously glarey and squinting causes frown lines, so i went against my better judgement and donned my ray-bans (relax, they are “fay-bans” as infaux ray-bansand cost a whopping $8 from the swap meet) into the ocean as, in a very “unlike me” moment, i found myself playing in the waves to escape the heat of saturday’s sun. and like me, my boyfriend did the same. and despite the perpetual water droplets that made visibility a hot commodity, we were satisfied with our decision to wear those shades out in the water that day (hey, it was still better than squinting).

and then he took a duck dive under a wave. and as he came back up for air, one thing was noticeably missing. no he still had his trunks on (no wardrobe malfunctions here, folks), but absent from his face were his precious little shades. and while an immediate shuffling of feet on the ocean floor was performed in case the glasses hadn’t traveled too far, with the fervency of the waves that afternoon, it was quite clear even after a handful of moments, those fay-bans were long gone.

apparently, i’m a slow learner, because not two seconds after i pouted right along with him, assuring him that maybe they would turn up suddenly as stranger things had happened (i’ve heard stories about people finding cell phones washed up on beaches months after they had been lost at sea), did i decide to dive beneath a cresting wave myself. and just like that, the ocean made two suckers out of us that day. gone went my pair of fay-bans, too.

luckily we both had hats waiting for us back on shore, so our squinting was kept to a minimum for the remainder of the afternoon and thankfully, i had decided against sporting my favorite shades that day. so i suppose things could have been worse. but let this be a lesson to us that if something seems like a silly idea, well, it probably is.

and also, i can’t help but think that somewhere sebastian and flounder are channeling their inner mavericks with my and my boyfriend’s ray-ban knock-offs. 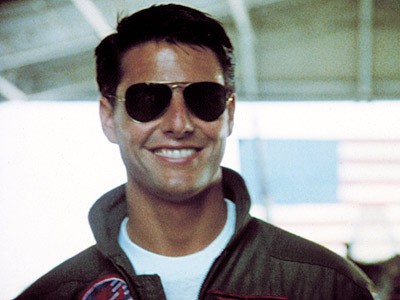