not only is it my friday today -a fact that has become increasingly necessary and thrilling with each passing of the clock’s minute hand -but it’s also (almost) the eve on a brand new month, one that has me equal parts overbooked and over(ly) excited. so with that said, i would be a liar if i didn’t admit that my mind is simply abuzz with ninemillionandtwelve things at this present time. 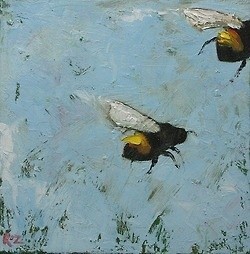 so to alleviate the soundtrack of bee noises (get it? a-buzzzzzz? yeah, it’s not that funny. they can’t all be winners) currently on repeat in my head, i figured i’ll just share (some of) those ninemillionandtwelve things with y’all. because though it may define logic, i can’t help but to think that penning them here just might make the noise level go down an octave or five.

one | tomorrow morning (bright and EARLY), i’m leeeeavvviinnnggg on a jet plane, don’t know when i’ll be back again. that’s totally a lie, i’m coming back on tuesday at around 2:15 p.m. but in all seriousness, momma and i rocked out a successful packing-party last night which resulted in a perfectly zipped-up (no sitting on required!) carry-on filled with plenty of “i’m totally casual but still totally cute despite this humidity” options. so chi-town, i’m so ready for you.

two | football is back. i repeat, FOOTBALL IS BACK. college, professional, heck i’ll take flag if it means getting to watch 11 men move an oblong pigskin down a 100-yard field. also, hi aaron rodgers.

five | jimbo’s. i have had a jimbo’s-provided dinner for the past two nights (they know me in there, don’t worry about it) and honestly, i think if i won the lottery someday or just came into a very large sum of money, one of the first things (besides you know, paying off my mortgage, taking a trip around the world, buying my parents some really cool things, donating a ton of it to breast cancer research and my church, buying the entire j.crew collection, and unlimited pure barre classes for the rest of my life) i would do would be to treat myself (treat YO self) to at least one meal a day from the pre-made food section for perpetuity. and don’t raise your eyebrow at me over this comment, you don’t even know how much of a game changer that make-your-own-almond-butter machine really is.

six | vegas. i’m going to vegas (well technically lake las vegas to the rivella resort & spa) for my annual membership & marketing professionals conference at the end of september and i think the things i’m looking forward to most are a) the king-sized plush-pillows-adorned bed that will be awaiting me in my comp’d suite and b) ROOM SERVICE. oh yeah, and all of the knowledge i’ll glean. all of that knowledge.

seven | you may not have noticed (seeing as you might be doing other things with your summer evenings other than watching cable tv) but usa network has been killing it all summer long. so if there’s anything i’m not happy about with regards the pending arrival of fall, it’s that my beloved summer staples –white collar, covert affairs, suits & necessary roughness as well as the really good-looking individuals that make up the casts of said shows, will be taking a momentary hiatus to make room for the return of regularly scheduled primetime television. and while i’m more than happy to get my weekly dose of tom haverford back in a couple of weeks, i’m still having issues wrapping my mind around the fact that matt bomer and gabriel macht won’t be greeting me every tuesday and thursday night (respectively). single black tear a la LC.

eight | noodle throwing. i recently sent a “pick-me! pick-me!” email to AskMissA’s new fashion editor after seeing on facebook that she was looking to add some contributors to her team. if she asks for references, i’ll simply point her to my daily garb gallery. i think it speaks for itself? but seriously, this could be a pretty awesome opportunity! what’s that you say? you’ll keep me in your prayers on this issue? gee, thank you so much!

ten | the u.s. open is currently in full swing (pun INTENDED) and despite my earnest desires to make time travel a thing, i am still not able to just magically snap my fingers and take in a match at arthur ashe in the middle of my lunch break. so if i had to find a remedy for said fail in technology, live online coverage via usopen.org would definitely be deemed the next best thing. also, CAN WE TALK ABOUT MARTY FISH’S COMEBACK TODAY? double also happy birthday, andy roddick. and no i didn’t need google to tell me that. i just knew that. i’m not weird, you’re weird.

you guys, did i tell you it’s my friday? it’s so my friday.