a wise man once said, “life is like a box of chocolates, you never know what you’re gonna get.”

never mind the fact that this “wise man” was a fictional character in a hollywood film (at least it was an academy award-wining film!) about a slow-witted man from greensboro, alabama (it’s not like it’s one of my favorite movies or anything), i have come to learn that no matter its source, this infamous movie line has rung true time and time again.

every year at christmastime growing up, my dad would bring home see’s candy boxes he had received from colleagues at work. and while i’d like to believe my will power is stronger than this, without fail, in a moment of “must satisfy this sweet tooth” weakness, i would sneak into the kitchen to sample see’s handiwork. and while some of the shapes of the chocolate pieces themselves gave an indication of their confectionery makeup, others’ ambiguous topography left their insides a mystery to be discovered.

and sure, the “safe bets” were certainly appealing for this risk-averse girl, but in reality, more often than not, i’d take my chances at a little chocolate russian roulette. and sometimes i’d luck out -a chocolate cream center, or the almondy goodness of a marzipan filling, but just as many times it seemed (if not more), i’d sink my teeth into a nasty cherry chew whose bitter flavor always lingered long after its immediate removal from my mouth.

and there were those occasions when i’d discover a different taste profile entirely. one whose uniqueness was pleasant initially (even if only for the fact that i had simply never encountered it before and wanted to approach it with an open mind), but whose novelty wore off by bite three.

and i think that life is just one big cycle of these three reactions -complete satisfaction, utter disappointment, and something in between.

and while it really does stink to discover the object of your confection affection is at its core a taste you’d soon spit right out of your mouth, it’s equally as satisfying to discover that the seemingly ordinary piece of cocoa, milk, and sugar you were leery of could house something sweeter than you’ve ever imagined. 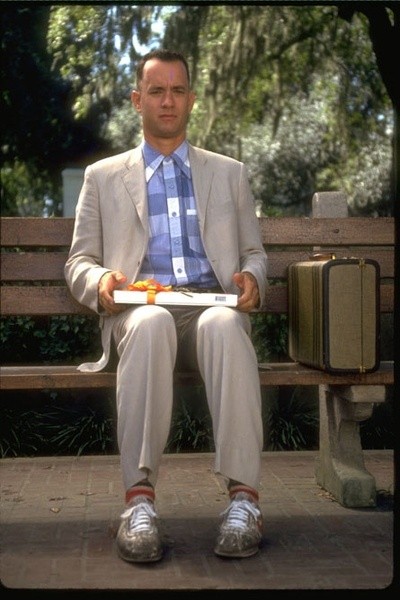