i took myself on a date on saturday.

i was careful to tell myself not to dress up for said occasion, for it was nothing fancy, just a simple after-pure barre breakfast at my favorite north county haunt.

and i was on time (of course, i’m never one to leave myself waiting).

and after ordering (come on, what do you THINK i ordered?) my “give me the biggest cup you have” coffee and plain oatmeal, and excusing myself for a little “how’s life” chat with the manager, we (me & myself -we let “i” have the morning off) found a table for two in the back.

and though the conversation was a bit dry (i was uncharacteristically un-chatty), turns out, i’m pretty good company.

okay, i’ll stop referring to myself as two people now. it’s kind of creepy. (clever, kind of?) but creepy.

but then one day i tried it.

i went to, well, honey’s in fact, ordered oatmeal just like i did this past saturday, found a table, and spent the remainder of my time eating and taking in the scenes around me.

and what i found out in doing so was that for once, i was able to simply be. i didn’t have to worry about entertaining someone else with my sparkling conversation or wonder if my breakfast company would figure out that i hadn’t showered in two days. the only person i was responsible for was, me. and as selfish as it sounds, it was kind of nice to simply put me first for a change.

i’m not going to lie, i’ve always been the first to roll my eyes when i heard someone mention the importance of “dating yourself.” maybe because i never knew what it meant exactly.

i mean, sure, it can mean swearing off members of the opposite sex in exchange for some quality time with me, myself and i, but not always.

i’ve learned that it can also simply equate to taking the time to honor number one. to spend time fostering your longest relationship to date. because well, while other bonds may come and go, the one you have with yourself is for the long-haul. so you might as well treat “you” right.

two of my very best friends have confessed to taking themselves to an afternoon movie sans date. and they have followed up said confession with the recommendation that i should take the time to do the same. they say that there’s a liberation that comes with performing such an activity alone. it’s almost a public declaration of sorts, “hey everyone, i’m on a “me” date and i’m 100% okay with it.”

and while i have yet to take in a sunday matinee solo, i can appreciate the sentiment.

because i think we, or at least i, put off a lot of things until someone can partake in them with us.
“when i can get so & so to come with me, then i’ll go.”
and i think i’ve let a lot of things pass me by as a result.
and that’s not to say that i can’t lob out the opportunity for someone to accompany me to a specific event should one arise that peaks my interest, of course not, i love me a buddy, don’t get me wrong.
but what i want to be more mindful of is the fact that if something truly interests me, if i’m simply heck-bent on eating at that restaurant, going to see that movie, shopping at that store, [insert activity here], i shouldn’t let the fact that i don’t have someone to share in it hinder me from doing it anyway.
i wanted oatmeal from honey’s on saturday.
so i went.
and sometimes, it can really be that simple. life is certainly better with the company of friends, more than friends, and family alike.
but a moment can certainly be just as fulfilling when shared with just “me, myself and i.” 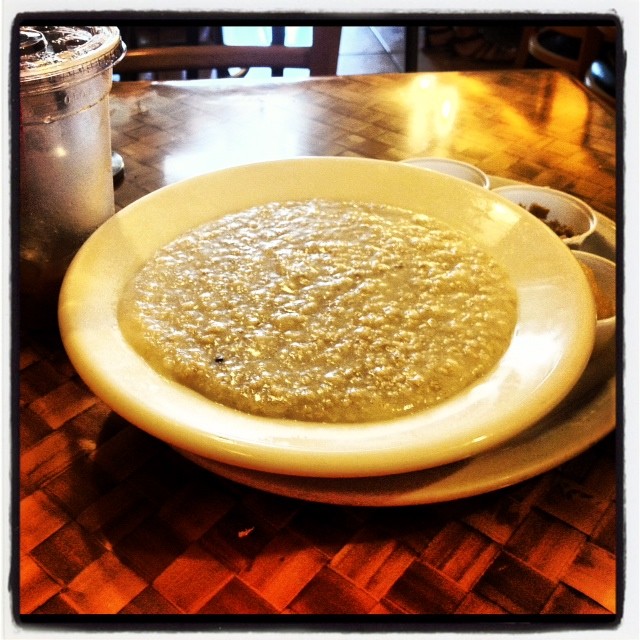