i know, in the whirlwind of labor day and that whole traveling to the midwest thing last week, i was remiss in providing y’all with a “wait, i need that’ wednesday post. you were devastated, i’m sure. but not to worry, i’m back on my game with today’s hump day entry.

first of all, did you know that this exists? yes, that would be a christmas countdown. and according to its calculations, we are just 103 days away from showtime, people. but as my mom informed me just yesterday that she had successfully taken care of my stocking stuffers for this year’s celebration, i suppose it’s really never quite early enough to start that list to santa.

i wore a shark watch almost every day from first grade through, probably somewhere in middle school. it wasn’t the same watch for all of those years, truth be told i probably went through about three or four of them, opting for varying color combinations and newer, fancier models (like the kind that allow you to read time at 250 ft under water!) as the opportunities arose, but needless to say, i never left the house without it. and i had the tan lines to prove it.

and if you know anything about shark watches, you know that they are digital. meaning, they just show you the time, there’s no reading of hour hands and minute hands, it’s just there. and while i had learned how to tell time over the course of my childhood lessons, having it readily available in textual form on my wrist for so many years, i am not too proud to admit that well, my time-telling skills got a bit rusty.

fast forward a dozen years to my summer in spain. at now 20, i had outgrown my shark watch-wearing days and had opted for the next best thing to tell time -my phone, of course (although carrying around a sundial was quite tempting, too). considering international calls aren’t cheap, i knew that once i left the country, i would also be leaving my cellular device. but seeing as i would need to, you know, know what time it was while navigating my way around madrid, i figured now was a good of time as any to get back into the habit of wearing a little wrist bling.

lucky for me, i already had something in mind. the previous christmas i had received a delicate and classy timepiece (you can call them timepieces when they are described as “delicate and classy”) by ann taylor from my parents. while it probably wasn’t the most practical watch to bring with you to a foreign country, it was all i had at the time, so i slapped it on my wrist and headed out on my adventure.

turns out, i ended up getting a temporary phone once settled in spain. aside from the weekly call i received from my parents, it was quite handy with getting in touch with my fellow study abroaders. and what do you know, it also TOLD TIME. so the watch basically became just a glorified bracelet by week three of my trip.

but there were times when it did manage to come in handy. oftentimes i and my travel buddies (there were four of us who totally rocked that whole traveling in groups thing) would tuck our phones away in the hustle and bustle of catching the next metro or train, so when the hour was needed in haste, there was my delicate timepiece ready with the answer.

until one time that whole wearing a digital watch for years on end thing came back to bite me. when i accidentally made us an hour early (which in my defense is totally better than an hour late) for a train we had all but scrambled to catch. which you know, meant that many zzz’s were lost as a result. whoopsies?

it’s probably now important to note that this classy silver ann taylor watch of which i speak did not have numbers on it. nope, not even the four roman numerals for the 12, 3, 6 & 9 markers, either. it was simply a black background with a silver hour, minute, and second hand. oh, and a decorative diamond positioned at the top. and while again, i am more than capable of telling time, the lack of numeric symbols did throw a monkey wrench into things. as did that whole still not adjusting to the nine hour time difference thing did, too (not really, but i’m just trying to make myself not sound so pathetic).

ANYWAY, back to that one time when we were an hour early for a train to a city of which i can’t remember right now. but that’s not important, what is important is the fact that from that day forward, i was no longer consulted when the hour of the day was needed. and if i DID speak up when the question was posed, i was promptly quieted with a line i still find hilarious to this day some six years later.

“what do you know, your watch doesn’t even have numbers on it.”

wow, tai, that was way harsh.

obviously the guy that doled out that zinger meant it in jest, but i couldn’t help but realize that he did make quite the point. apparently i had relied so much on devices that projected the time in precise digits that i had become ill-equipped to determine the hour by any other means.

which leads me to the subject of this wednesday’s “wait, i need that” moment.

i think i’m ready for a watch again. but this time, it will have numbers. not the digital kind, but at least ones that will aid in me figuring out that it’s a quarter past SIX not SEVEN. so here are my picks: 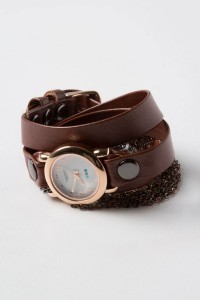 and santa? if you’re reading this, i wouldn’t mind if one of these babies appeared under the tree in say, 103 days.