“i know it’s past hours, but is there ANY way i can order breakfast?” i inquired of the room service attendant as i returned to my room ravenous from a long evening out.

“let me check with the kitchen,” the voice on the other end replied. and after placing me on hold, she returned with an answer. “we’d be happy to accommodate you!”

sure, breakfast stopped being served a good twelve hours prior, but despite the low probability of positive rate of return, i took a gamble. and well, just look at what my asking got me.

in his book the last lecture (see, i told you there would be MANY a reference to this gem), randy pausch also addresses the topic of inquiry with a chapter cleverly titled “all you have to do is ask.” in a few paragraphs, he describes the amazing adventures and opportunities that may result if only we have the courage to ask for them.

he recounts a tale of how he and his son were able to score a seat in the nose of the monorail at disneyland (if that means nothing to you, then get yourself to disneyland, stat) after simply posing the innocent request and how an “it’s probably a long-shot, but what the heck” email to a highly regarded computer scientist early in randy’s career warranted not only a 90-minute private meeting with the gentleman, but also laid the foundation for what would become a life-long mentorship, too.

i used to be extremely shy (hard to imagine, i know) and for a long time, said timidity very much crippled my ability to disrupt the status quo (turns out, i still hate disrupting the status quo). a store didn’t have my size? well, i suppose it wasn’t meant to be. a restaurant’s entree came with an undesired side dish? i’d just eat around it.

i let the fear of “no” scare me right out ever entertaining the alternative. because despite my tendency to be a glass-half-full kind of gal, in situations such as these, i seemed to always err on the side of worst case scenario. if i assumed the answer would not be in my favor, what was the point in even posing the question?

but that’s the problem with assuming…

i don’t think i could recall the exact moment when i got a bit more comfortable with my question-asking ways (it might have been in college, actually), but it must have been soon after i realized that more often than not, i regret words left unsaid rather than the spoken ones.

so i simply retrained my thinking. if the worst thing that could happen was hearing the dreaded “no,” which would only leave my situation exactly the same as it presently was, then i only stood to improve my plight in presenting the inquiry (sometimes i even surprise myself with my fleeting moments of logical thinking, it’s a nice break from all of that emotional thinking i do).

and my goodness, you would be surprised what “just asking” might grant you -from something as simple as breakfast for dinner after hours and a pair of neon khakis in your size at the gap (sometimes they hide sizes in the stock room, they’re sneaky like that) to something as life-changing as the creation of an unofficial internship at a golf course in malibu (which turned into my first big girl job) and an authorship for a women’s online magazine.

not to mention things like countless gluten-free, dairy-free meals at fancy restaurants, $40 off my monthly cable bill, and dozens of new-found friendships (me: hey, do you want to meet for coffee and then become best friends? also, please don’t think i’m creepy. them: uhh, sure).

bottom line is this: there’s a whole world of possibilities waiting for you, if only you are adventurous enough to ask for them. 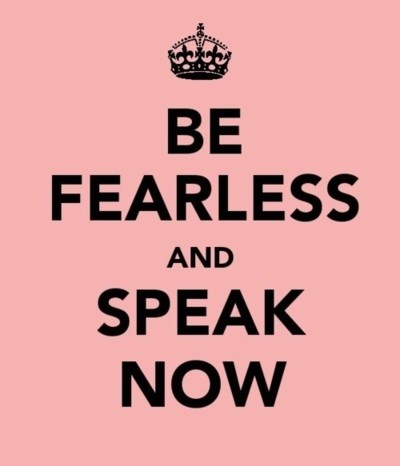