despite the inferno temperatures continuing to monopolize our so-called “fall” season, we’re entering the time of year marked by scarves and boots, football and falling leaves. a time of year for homecomings.

and while my high school and collegiate homecomings aren’t for a few weeks (side note: i’m quite excited to attend both for the first time in a long time), i have had a pair of noteworthy prodigal’s returns of late. occasions that have only served to remind me that it’s truly never too late to re-familiarize yourself with an old love (in the non-human sense, of course).

i had jitters. like the kind you have before the first day of school. it was a sunday, and i was set to return to a sacred place that once was welcomed part of my weekly routine, but a place that i had all but exchanged for another. not a result of embitterment or wrong-doing, but simply of circumstance. my replacement house of worship merely the product of a budding relationship and an innate desire to share in one of life’s joys with the object of my affection instead.

but some happenings in life are merely just chapters -with a beginning and an end. well, that is, at least for now. and with their closure comes opportunity, i suppose. the chance at a return to familiarity. a chance at regaining the life that was held before there was “us.”

so on that sunday, i attended church at north coast calvary for the first time in approximately five month’s time. and though their halls were ones i was well-accustomed to, i still felt a bit like a fish-out-of-water as i took my place in a vacant chair in the back of the sanctuary. but with the first strum of the guitar and as the congregation began to fill in around me, my butterflies began to settle and by the offering, i could breathe again.

and then a story. a recounting of how a popular hymn came to be. and as i traced the details with my mind, a few tears escaped my eyes (yes, shocker, it took me all but about 15 minutes to cry). for i knew the hymn of which the worship leader spoke -one that had offered both me and a few of my dearest comfort in this most recent season of life. and from that minute and for the sixty that followed, i knew that it was no accident that i had chosen that day of all days to make my unexpected return. the sermon, the set list, the serendipitous encounter with friends in the parking lot at service’s end -they had all been ridden with God’s fingerprints, His security in this time of transition and quiet uncertainty. a reminder of His providence and abounding love. and finally, a simple assurance, that life’s circumstances are no accident, but rather all components of a greater plan.

and this isn’t to say that the routine and new-found family i was a part of for the past twenty weeks was no less missed or hastily forgotten on this particular day, quite the contrary in fact.

but rather, this tale of homecoming is merely shared to highlight the fact that though the route to your destination may have not been the one you would have chosen for yourself, it nevertheless leads you right back where you’re supposed to be. home again, home again (jiggity, jig).

this next story is way less cryptic and deep and filled with an underlying sense of woe and melancholy (i know, you’re thinking PHEW, what has gotten into her?!). because it’s about a subject that you simply can’t help but get all warm and fuzzy just thinking about.

that’s right, this homecoming tale is about, my first love, trader joe’s.

yesterday, i ventured into my neighborhood trader joe’s for the first time in probably months. and though i felt a bit foreign after a prolonged time away, one comforting glance at the neatly stacked produce and the peanut butter-lined shelves and i knew i was back in the promised land.

and it didn’t take long until i was greeted by yet another form of familiarity as not one but TWO employees greeted me with wide eyes and earnest hearts. “it’s been a while!” they each replied (separately), following up their initial shock with a compliment on my hair (which i obviously very much appreciated seeing as i am still very wary of its drasticness) and an inquiry as to where i had been for the last umpteen months. and though the real cause of my absence wasn’t solitary in nature (but rather, a combination of multiple things), i confessed that my loyalty to sprouts market had been the reason for my (very) delayed return. and while that sentiment was met with a few sarcastic jabs, both men were quick to conclude that whatever the reasoning for my temporary abandonment of tj’s, they were just pleased to have me back.

i know, maybe this sounds a bit strange, the fact i would have such rapport with grocery store employees that they would take great notice of my food shopping schedule, but really, let’s not pretend like wer’e really that surprised here. my comfort with seemingly perfect strangers has kind of gotten out of control. anyway, sure, it sounds strange and maybe a little creepy and maybe it’s just because they are men and i’m a woman and they may or may not have asked me on dates before (that is BESIDES the point), but REGARDLESS.

there is still something incredibly endearing and heart-warming about receiving such a happy homecoming. yes, even if said homecoming happened between the artisanal cheese section and bread kiosk (oh the irony) at trader joe’s.

so there you have it, two non-school-slash-non-football-game-related homecomings. and stories that prove that no matter your time away from a place, you really can always come home. 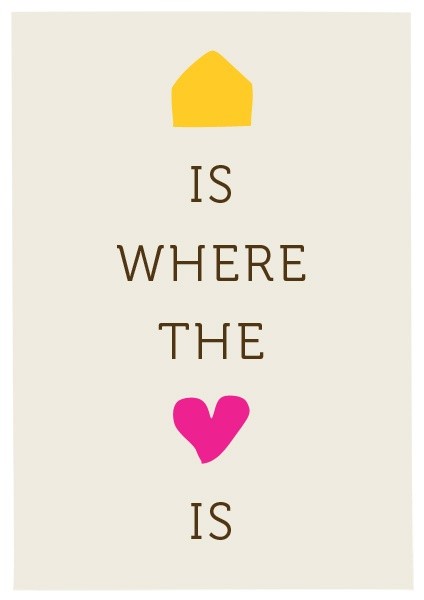