i’m not a huge fan of the doctor. but i mean, really, who is? and despite the fact that i was merely going to the skin doctor (of all of the doctors, she’s probably one of the least scary), i was still a bit anxious as i arrived for my appointment yesterday afternoon.

first off, let’s take a trip down memory lane, shall we? my skin and i have not always been the greatest of friends. actually, to be quite honest, she’s been a terrible friend. a frenemy, really. also, i’m going to assume she’s a “she” because well, she is moody, fickle, and oftentimes quite stubborn (ironically, she doesn’t react well when given chocolate). anyway, i’m no stranger to the dermo or to skin troubles or to accutane and all of the topical creams and potions that go along with it.

but usually the issues were limited to my facial regions. until one day there arose (no, no it’s too early for christmas references) a bump on my left pinky. and the bump grew. and then the bump had the audacity to make friends -a bump on my left index finger, and finally one beneath my left thumb nail.

and that’s the extent i’m going to discuss these so-called bumps (see also: the things that grow on toads and at the end of witches’ noses), because who wants to read about that? no one. in fact, chances are, you’ve stopped reading and i’m just talking to myself now. which, jokes on you, wouldn’t be the first time.

anyway, back to the appointment. after living with these unwanted “friends” on my phalanges (regina phalange) for an extended period of time, i figured it was high time i had these puppies removed. i just wasn’t exactly sure how it would be achieved. would they cut them off? freeze them off? ask them really nicely to simply disappear? gosh, i wish it was that easy.

turns out, they freeze them off. awesome.

so when it was time for the procedure to take place, in came my dermo with a canister of what i can only imagine was some sort of liquid nitrogen (google just confirmed this) which you know, is like really really cold.

now i’d like to stop here and say that i have been fortunate enough to avoid any dramatic injuries throughout my 27 years. there was that one time i cracked my head open and had to have six stitches (and a slight bald spot) to amend it, but other than that, no broken bones, sprains, or anything that generally results in intense pain. so despite thinking that i’m probably a champ in the pain tolerance department, the jury was still out on that one given the fact that the opportunity to test that theory simply hasn’t arisen.

turns out, i am kind of a champ (and so very humble). i successfully got through the procedure with no screaming, kicking, accidental expletive shouting, etc. the dermo and the nurse in the room with us both commended me on my composure despite my obvious discomfort. woo!

but i’m not gonna lie, though i may have taken the pain with a relatively stiff upper lip, turns out that having liquid sprayed at extremely close proximity onto your skin smarts like you wouldn’t imagine. like a thousand little needles or if a whole hive of bees got together and stung you in the same general region. so you know, really comfy.

also, apparently the tips of your fingers have millions of little nerve endings so those selfish bumps really chose prime real estate to set up camp.

all in all the entire freezing period lasted less than 15 minutes, so the discomfort was over nearly as quickly as it began. and while learning that my tolerance for pain ranks pretty high was all the knowlege i needed to consider this an educational occasion, the tutorial in wound maintenance was eye-opening as well.

once my little wounds begin to heal in about a week’s time, i was instructed to coat them with retin-a and cover them with, wait for it, DUCT TAPE. i mean, i knew that the magical silver adhesive is multi-purposeful, but really? did not see that one coming (okay, that’s a lie, i totally googled how to remove these buggers a few months back and found that duct tape was a commonly utilized method. so basically i could have saved myself $200, time and suffering…).

but money and pain aside, the important thing is this: come next week, i’ll be sporting some extra bling on these fingers.

and by bling i mean shiny silver duct tape. 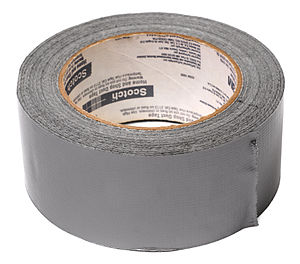