i mean, i feel as though any movie where the lead actor is required to grow facial hair is worth seeing. because it usually means there is some kind of transformation involved in order to appear more like the intended character of interest. and transformations are always oscar-gold, right? i’m looking at you, charlize theron.

so when i spotted a shaggy-haired and bearded ben affleck the first time argo’s trailer graced across my movie screen, it sparked an interest on that basis alone. obviously, i have a bit (but only a bit) more depth than that, and in further investigation of said movie, i learned of the story-line’s historical foundation as well, and being the nerd/jeopardy lover/all things historically related (within reason, of course) that i am, i quickly added this based-on-a-true-story flick onto my list of “must sees” for that purpose, too.

so this past saturday, while one of my college bests graced me with her company for a weekend’s time from her abode in northern california (more on that to come), we treated ourselves to a little date night. dinner here, followed by the 8 p.m. showing of argo at cinepolis theaters -or as i lovingly refer to them as: the fancy pants theaters. for those who have yet to relish in said theater going experience, allow me to paint the scene. and by paint the scene, i’m just going to post this photo from their website: 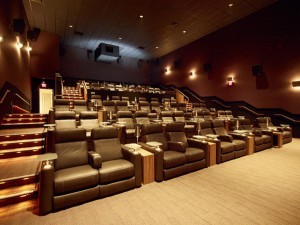 basically you have your very own lay-z-boy whose incline you can self-regulate in order to accommodate your comfort needs. i had to be careful to not recline too far back for the fact that dark rooms with an almost horizontal-positioned me (this sounds really creepy now that i think about it) are a recipe for narcolepsy in three, two, zzzzzz. 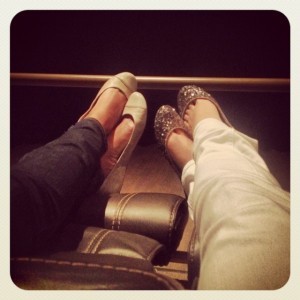 i know, i’m the one committing the fashion sin of donning white jeans after labor day. #sorryi’mnotsorry

which wasn’t really an issue in this movie for the fact that a) we had front row seats and b) the movie is like really suspenseful.

for a movie whose outcome i already knew (it’s not a spoiler, it’s just fact, remember it’s based on actual events from the 80’s), it was literally, curl-up -in-a-ball-in-your-seat-and-put-your-hands-on-either-side-of-your-face-a-la- kevin-mccallister-from-home-alone –worthy. 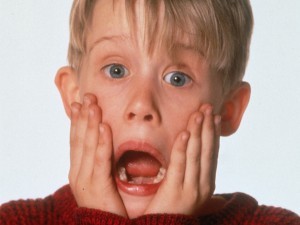 so you know, that whole accidentally snoozing thing wasn’t really an issue.

also, the movie is just good, y’all. ben is great, brian cranston is fabulous (per usual), alan arkin is superb as is john goodman who seems to be making a resurgence on the movie circuit these days. and if the awesome 80’s creep staches and throwback fashions weren’t already enough to make me appreciate this film, the fact that coach taylor himself makes a brief-ish cameo as then president jimmy carter’s chief of staff solidified its warm place in my heart almost instantaneously (obviously i’m the worst person to review a movie).

yes, i squealed as soon as this mug graced the screen. best surprise ever.

but because it finished top at the box office for the not one, not two, but THIRD weekend in a row, perhaps there’s a bit of merit to my plea: you should probably just (ar)go see this movie.

and if possible, and only if you’re feeling fancy pants-y, i highly suggest shelling out the andrew jackson (price of admission) and taking in ben (and george clooney, i mean, obviously)’s brainchild (he directed and produced it and you know, played the main character, so nbd) in the luxury of a reclining glorified barcalounger.

also, sometimes the servers tell you jokes (who wouldn’t want a joke to accompany their movie-going experience? answer: no one).

him: how much does a polar bear weigh?

me: um (knowing full well that i’ve heard this line before, but can’t quite connect the dots quickly enough so instead searches for another witty answer, or you know, an actual numerical figure)…???

him: enough to break the ice [quickly extends hand and introduces himself].

me: well played, [insert his name of which i’m not even censoring but more so just honestly forgot here].

cheesy pick-up lines aside, it was a lovely little evening with A, ben, and a few dozen of our closest relaxed and reclined north county friends.