apparently planes are really good for self-reflection (probably because my life flashes before my eyes during each take-off and landing and most assuredly after each and every turbulence bump, so basically it’s just one montage of memories of the last 27 years played to the tune of switchfoot’s “this is your life” on every southwest jaunt about the country…but i digress) because on my most recent flight back home from nashville on monday, i managed to log a handful of pages of very “hey everyone, look inside my soul, it’s kind of dark in here” sentiments in my marbled composition book. i was kind of worried that the gal next to me, who i might add was quite lovely and was celebrating her 27th birthday, might think i was going through a time of soul-searching (which maybe i am?) and determine me to be kind of a buzz kill, but then she complimented me on my fur vest cardigan and we totes became besties, so you know, crisis averted.

anywho, here are a few thoughts from my insides to yours compliments of flight 166.

if you were to walk into my home (first of all, welcome, i’m so glad you’re here, please remove your shoes, sit down, and stay awhile), you’d notice a few black scuffs atop my butter yellow and sky blue-colored walls, the still unfurnished second bedroom and office/den, and on the third floor, the well-worn (and that’s putting it nicely) carpeted (gasp) floor in the master bath.

or maybe you wouldn’t take notice of those things at all and instead admire the beachy chic decor and vaulted ceilings that make my house a home (and if that’s the case, well, aren’t you just the best?).

but regardless of your initial opinion of my suburbian abode, the fact remains -even after five and a half years of condownership (yep, just made that one up), i still don’t quite feel both feet have touched the ground. i mean, i’m settled, i am. my closets are filled (but you already knew that), my cupboards…well, my cupboards aren’t really a good representation of how well my house is “lived in” seeing as i apparently hate house guests and like to watch them starve), and there’s even a wreath on my front door. but despite the identity i’ve found as a resident of this place; the fact that a mortgage bill comes monthly in my name and the sighs of contentment i breathe once i return to its walls at the end of the day, there’s still a part of me that remains uncommitted. stilted almost; paused. a part that still isn’t quite ready to unpack and stay awhile.

and maybe that’s because i thought its halls would be filled with the sounds, sights, and smells of matrimony (yes, i realize that’s a low hanging fruit, leave that one be please and thank you) by now -of laughter and dinners for two, lazy sunday mornings spent cuddled up in bed. that these untouched-up walls and unfurnished rooms were simply waiting for the next milestone to take place.

and then i realized one day (or maybe it was today), that this halt in housework, this pause in home decorating, as trivial as it seems, is a direct representation of my current stage in life.

i’m living in a state of “until then” instead of one of “why not now?” i keep waiting for the next step to take place rather than taking the moment i’ve been given and seizing it now.

i mean, it’s the reason i’ve never gotten around to re-painting the walls or purchasing furniture for empty rooms, isn’t it? for why would i invest now when the next life stage could be on its way? (that’s just poor a poor utilization of assets, right?).

but you know what five and a half years of that kind of thinking has brought me?

a house half-lived in, a life half my own. an existence reliant on the next three steps instead of step one.

i hate the phrase YOLO. i mean, i can’t help but think it is the rationalization for many a poor decision (and many an unfortunate rap song) but sometimes, i truly do understand its sentiments. our time here is but a vapor. it’s finite, in-expandable, so very brief. so it’s best that we live in the moment when the moment is ours to live. to no longer wait for tomorrow’s promises but to relish in the certainties of today.

so it’s time i truly kick off my shoes and stay awhile. to dig in deep into this life i have before me. to start making the changes i’ve always said i’d make, to start doing the things i’ve always wanted to do. 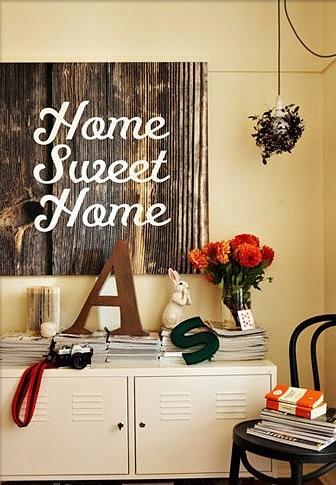