for most of 2009, B and i had a standing date every wednesday afternoon at the starbuck’s in the del mar highlands shopping center. sure, we lived together at the time, but you’d be surprised at how differing schedules can hinder one from actually logging in some quintessential QT with their roof-sharer.

so on wednesdays, we, we caffeinated in each other’s company.

it should come as no surprise to you that we fast became friends with a few of the baristas at our perpetual meeting place. and you’d probably not even bat an eyelash when i tell you that one green apron-wearer in particular, yes, of the male persuasion, and with a BRITISH ACCENT, i repeat, a BRITISH ACCENT, took a bit of a fancy to us gals. and obviously, we the opposite of “hated” it.

every time we’d enter the store, he’d greet us with a “chip, chip, cheerio” (that’s a total lie, he did no such thing, this isn’t mary poppins and 19th century england), no he greeted us with something normal, like “ello (he was british, afterall) ladies, how are we today?”

and we’d giggle (because there is a direct correlation between accents and giggling), and mutter something clever before giving him our drink orders and retiring to a table outside. and there, while we sipped our americanos, we’d admire him from afar, tending to the cream and sugar bar, chatting with other customers, clearing the unwanted litter from the outside patio.

and this routine went on for months.

funny thing was, though our weekly interaction with him basically made us all besties, his name remained a mystery (also, apparently starbuck’s corporate isn’t really that strict on that whole wearing your nametag thing). but given the fact that B and i may or may not have spent a good portion of our wednesday chats talking about our beloved barista, we were left no choice but  make up a name for him. seeing as he was british, we naturally elected a moniker representative of his across-the-pond roots.

our name of choice? ollie. you know, short for oliver. and i’m not sure if it was an homage to oliver twist (yes, the dickens classic and set in london) or the fact that ollie is kind of fun to say with a cockney accent, but for months (until we finally had the nerve to officially introduce ourselves), the object of our barista affection was ollie.

fast-forward a few years, to well, yesterday. like every tuesday for the past umpteen months, i walked into the solana beach location of the seattle-based chain for my usual: a venti water on the rocks. after so many repeat visits, the staff there has become my friends. and alyssa, who on this day was wearing a bowtie (how fancy), is so well-versed in my pre-pure barre workout ways, that upon first glance of me in my lululemon glory through the door, my libation is all but awaiting me on the bar.

but unlike my regular tuesday and thursday hydration endeavors, on this particular day, a gentleman clad in a patterned grandpa sweater and skinny jeans, his hair the perfect slightly overgrown height, stood before me in line. and then, a familiar voice.

i knew that voice. it was, british. could it be?

and then he turned around and our eyes met. it took me a while to place the context of his familiarity, but when i did, my excitement was visceral.

“ello!” he responded, just as he had every wednesday three years before.

and i giggled, naturally. but composed myself long enough to inquire of his recent happenings.

turns out, he’s now the manager of the cardiff-by-the sea store (which, i might add, is newly renovated and oh so lovely). i mean, GO OLLIE!

anyway, no sooner had we parted ways did i immediately text B and share with her the details of unexpected reunion.

and as i exited the store, venti ice water in hand, i chuckled to myself. it seems like a lifetime ago that B and i were planning our weekend adventures over a cup of joe, admiring our dear ollie from afar.

but on a tuesday (in a cafe), it was as if no time had passed.

p.s. we did eventually find out his true alias, but it turned out to be far less exotic than our version. i mean, no offense matthews of the world, but “matt” just doesn’t offer the same charming ring as ollie does, not does it? 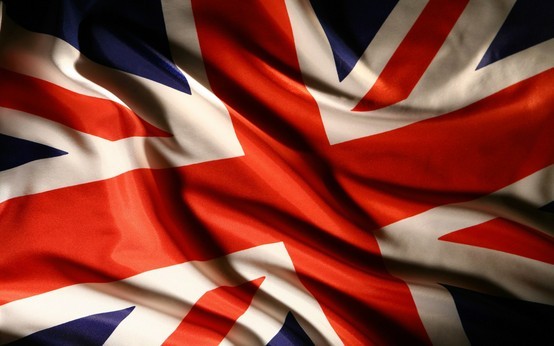 god save the queen. and ollie.