in a season of noodle-throwing and dream-chasing, this is precisely the reminder i needed today.

i am perpetually overwhelmed by the amount of talent and poignancy found in the blogosphere and amongst its contributors. and this piece is no exception.

A couple of months ago, I received a text message that hit me like a brick. It said that one of my closest friends, who is in his early twenties and in perfect health, suddenly went into cardiac arrest while running at the gym. I knew what that meant; outside of the hospital, cardiac arrest is almost universally fatal; only about 5% of people even make it to the hospital alive, and fewer than half of those survivors leave with good neurological function. I fell into my chair. Shock.

A bystander who had witnessed the event immediately started flawless CPR, an ambulance was called and arrived quickly, and my friend was defibrillated until his heart began beating properly again. He arrived at a trauma center within minutes. Everything had gone as well as it possibly could have. He was alive, and in generally good condition, but he didn’t wake up. Cardiac arrest-induced coma. A bad sign.

The only medical treatment shown to improve neurological outcome after cardiac arrest is a somewhat new procedure called therapeutic hypothermia. After arriving at the trauma center, my friend was immediately placed under packs of ice, and cold liquid was forced into his veins. He was sedated and his muscles were relaxed to prevent shivering. After his temperature was slowly cooled to a target of 90 degrees fahrenheit–almost ten degrees below normal–we waited. He lay motionless in the ICU for thirty-six hours.

In the hospital, doctors are hesitant to predict long term prognosis after a shocking trauma. Every patient is different, they say, and there’s no point in having a doctor diminish hope if there is any hope to be had. But accurate statistics from rigorous medical studies don’t lie, and I’m obsessed with numbers, so I went looking. Because cardiac arrest is so common–it’s the leading cause of eventual death in most developed parts of the world–there is actually a wealth of extremely well conducted research studies on patient prognosis. A recent Australian study showed that of people who received immediate therapeutic hypothermia after a cardiac arrest-induced coma, 49% were discharged from the hospital with good neurological function.

Those odds are relatively good, but the chances are still bleak: 50/50. A coin toss. We waited.

For two days, I didn’t know what to do. One of my closest friends–a perfectly healthy, athletic guy who I’d just had dinner and drinks with a couple of days before–was now silently fighting for his life under the cover of medication-induced darkness. The difference between life and death is remarkably small. And it’s not until you face it directly that you realize your own mortality.

Humans are by default hopeful and optimistic creatures. We usually think about the future as though it will occur for us with absolute certainty, and that makes it hard to imagine death as a motivation for living. But knowing that my friend could potentially never wake up forced me, unexpectedly, to contemplate my personal drive for existence. Why do I do the things I do every day? Am I honestly acting out my dreams and aspirations? What’s my purpose? For a long time, when I was younger, I waited to discover my purpose. It was only very recently that I realized purpose is something you are supposed to create for yourself.

After my own comparatively minor brush with death a few years ago, when I was 22, I pledged to live my life as fully as possible, as though I had nothing to lose. For a few months afterward, I consciously tried to fight against the status quo. It’s so easy to get stuck in the waiting place, putting things off until later, even when those things are vitally important to making your dreams come true. But the truth is that, in order to make progress, you need to physically and mentally fight against the momentum of ordinary events. The default state of any new idea is failure. It’s the execution–the fight against inertia–that matters. You have to remember to go against your instinct, to confront the ordinary, and to put up a fight.

This is, of course, mentally and physically taxing. My own conscious focus on the fight very slowly faded until, after just a couple of months, it was gone. I had once again become a cog in the insidious machine called quo.

It used to confuse and fascinate me how so many people with great dreams and great visions of the future can live such ordinary, repetitive lives. But now I know. I’ve experienced it. Doing something remarkable with your life is tough work, and it helps to remember one simple, motivating fact: in a blink, you could be gone. To paraphrase Steve Jobs: remembering that you are going to die is the best way you can avoid the trap of thinking you have something to lose. You really have nothing to lose.

After 36 hours, my friend was warmed back to life. He awoke in stages, delirious at first, and then he slowly regained control of his brain. Three days after his cardiac arrest–during which he was clinically dead for five minutes–he was awake. A day later, he was lucid. Nine days after that, he was discharged from the hospital.

Defying statistics, and flying against the most likely scientific prediction, he has completely recovered.

(via elle-oh-elle, emphasis my own) 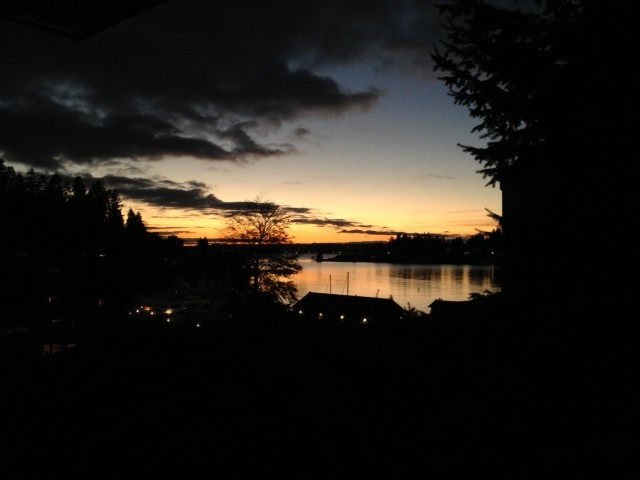