i had a wonderful weekend. i really did. after serving leaded (aka rum-infused) ‘nog to the club’s luncheon guests, i finished out the last few tasks of my day before heading southward for an evening of fun.

and despite the raindrops (and maybe because of them, too), we made the final hours of our friday afternoon some to remember -dinner at sipz, followed by an impromptu trip downtown for some sidewalk strolling, a jaunt through the store-adorned corridors of horton plaza, a special visit to the grape for a little bit of wine tasting (yes, you read that correctly. three words: riesling and brut), and finally home for cozies and warrior on netflix. a thrown together evening that may have been one of the best in a good long while. one that, for some reason or another (i think it was the fact that i was downtown on a friday night, instead of, you know, in sweatpants eating to-go food from the jimbo’s pre-made food counter) made me feel very grown up, too.

saturday was filled with girl time (the best time) and lots of it. an oatmeal-filled christmas party with some phenomenal women (and the most gracious of hostess) and a reunion with little j was only enhanced by a trip across the big blue bridge with my girl K and logged hours sitting on the deck of the hotel del counting blessings and discussing every subject from love to seagulls and most everything in between (which you can imagine would be quite a bit). but with my eyelids all but staging a coup come sundown, i raced home to devour dinner and treat myself to a soul-changing shower, prior to a most welcomed 9:30 p.m. bedtime.

waking up a bit more refreshed than the morning prior, sunday funday was met with brighter eyes (and a bushier tail). and after flinging around a few dozen unsuccessful outfit choices (i mean, really, i know i don’t have “nothing to wear” but sometimes it really really does feel like that), i finally settled on a black and polka dot themed ensemble, swung by starbucks for some necessary caffeination, and met up with friends for the early service at north coast calvary. an inspirational worship service and sermon (AND a fortuitous spotting of one of the foreman brothers a mere handful of seats away) later, i had just the proper amount of time to stop by sprouts for some refrigerator replenishing before meeting up with M for some much-needed piggie pampering (see also: pedicure). with our toes outfitted in the perfect shades of holiday crimson, we stopped for a bite to eat before parting ways soon thereafter.

and with the afternoon at my disposal and inclement weather to make me feel less guilty for logged hours spent within the pastel walls of my humble abode, i set out to accomplish the one task (okay, the second task, the first one was the pedicure, so, CHECK!) i had made a priority on this particular two-day work holiday: finishing my next article for darling online.

truth be told, i had made a dent on its manifestation in the early evening hours of friday when a certain someone wasn’t quite ready for my after-work arrival. but regardless of the few dozen more words i had penned in that short time, i still had quite a bit to log before my piece is submission-ready.

which is why i had reserved sunday afternoon for said productivity.

and this is where the best intentions part of this post comes in.

much like saturday evening, too, i had the best intentions of getting a few more things completed on this particular weekend -things like laundry (well more than the one load i did manage to see to fruition), pre-packing for the holiday vacation, and of course, finishing my article. i even went so far as to think i could get in a few future blogposts drafted as well. but then life got in the way.

rather, sleep got in the way.

it’s important to note that i’m pre-dispositioned to run on very little sleep. usually, i can get by with an average of five hours a night and be no worse the wear. but perhaps it’s age (shudder) or maybe just this time of year. or maybe it’s the fact that i really do try to cram as much as i can into my weekly schedule and come the weekend, my body is too tuckered out to do much more than take one pure barre class and empty a week’s worth of dvr’ed shows come saturday, but whatever the real reason for my lack of productivity on the weekends, it’s not due to an absence of good intentions.

but if i’ve learned anything from this seemingly habitual occurrence, it’s that you really can’t fight that innate feeling for rest. whether that “rest” comes in the form of a nap (i’m looking at you, yesterday’s two point five hour nap), stolen moments nestled in a good book, or even a few extended minutes of mindless television programming, sometimes before you can be productive, you must first just be.

at least that’s what i’m using as my justification for not finishing my article yesterday despite even specifically google calendaring it, too.

but that’s okay. because i have until the end of the month. and now that i seem to be better rested, i should be properly equipped to take on the task this evening, and every other evening associated with days that end in the letter “y” this week.

let’s just hope that this round of best intentions result in best completions, too. 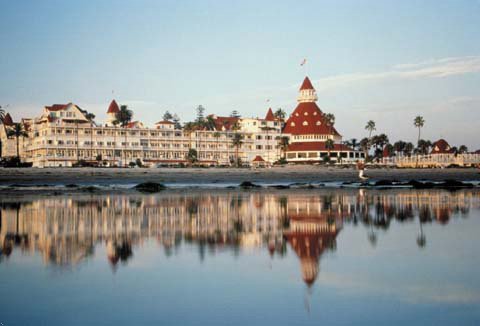 part of my weekend was spent here. and it was wonderful.