when you live a mere fifteen minutes from your childhood home, it’s pretty easy to take a walk down memory lane. and sunday seemed a good of time as any to take said stroll. well, that, and my mom had desperately been trying to get me to clean out the left-over contents from my formative years. otherwise known as notes and incriminating photos from high school and beyond. and man oh man could i make at least a dozen enemies by scanning and posting some of those photographical gems of homecomings, proms, and other miscellaneous senior year moments past, but you know, my 10-year high school reunion is this year and i kind of want to keep up the good rapport i’ve managed to establish and cultivate with my fellow ’03ers so i’ll refrain for now. but just know that i’ve got some REALLY good ones for the slideshow if anyone’s reading.

no, the reason for my recounting of my sunday trash-or-stash session isn’t to reveal a time in my physical maturation that i’d rather soon forget, but to highlight just how great nostalgia can be. and how sometimes if you wait long enough, the relationships you made when you were battling acne and gapped teeth, ungroomed eyebrows and questionable fashion choices (i’m not sure when i decided to start buying my shirts one size too short but most of senior year was spent with an exposed mid-drift. neat.) will come back around. and when they do, you might even relish in these bonds all the more with a decade’s worth of living under your belt.

i call it the boomerang effect. like that fun australian toy thingy (it’s other technical name), sometimes you have to throw those relationships of your past out into the great abyss (and by “throw them into the great abyss” i mean attend different colleges but keep tabs on each other via facebook and other forms of social media) in order that they may return to you at a later time. sure, they probably won’t look like what they did umpteen years ago, and maybe that’s okay. i’m pretty sure some of the relationships i’ve rekindled are better off now than they ever were back then. heck, some of them didn’t even really exist amidst the days of uniforms and SAT scores. either way, time has served us well if i do say so myself.

and maybe the craziest thing about stumbling across folded up loose leaf sheets of paper with scribbled sweet nothings or inside jokes and acronyms i’d need a decoder to figure out now and the candid photos from the house parties held before and after high school dances (oh yeah, we were crazy like that), was the fact that so many of the authors of said notes and the subjects of said photos have amazingly resurfaced into my life, and pretty recently, too. in an ironic twist of fate, or rather, how i like to see it -the perfect example of God’s obvious sense of humor -the people who i always assumed would be the blips on my adolescent radar have come to claim a more permanent spot in my life instead.

i can’t tell you how many times i’ve uttered the phrase, “i mean, how is this my life?” in the past three months alone. between random rekindlings and resurged interest from ghosts of friendlationships past, i have enough blog material to launch a thousand blogposts. and perhaps i’ll get daring enough to share a story or two in the not so distant future. but until i muster up that courage, let me say this:

keep the door cracked for those flying boomerangs to slide back into your life. last time i checked no one ever stressed about the number of humans they were blessed enough to call friends, unless maybe when they were planning their wedding then they might have regretted being so popular. but aside from that, i don’t think anyone has ever uttered, “you know, i’m about good on that whole friends-sitch, so thanks but no thanks.” or at least, i haven’t.

so while establishing brand new bonds is pretty darn exciting, there’s something to be said about rediscovering the ones that you just assumed expired along with your high school ID. plus, i mean, who else is going to appreciate those photos from that infamous cheer competition weekend at disneyland? 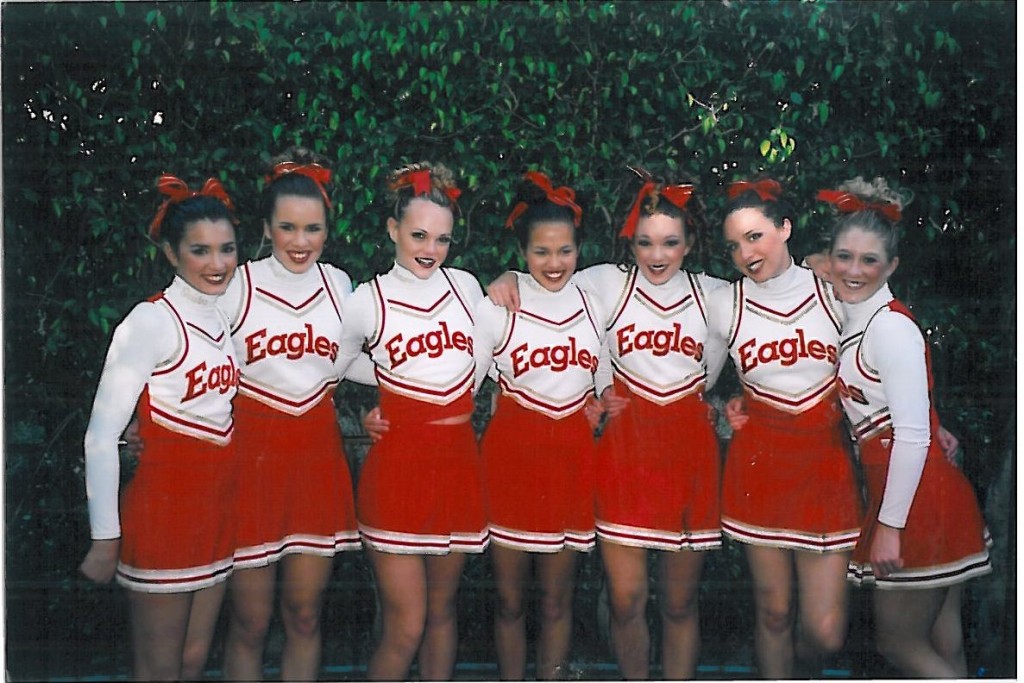 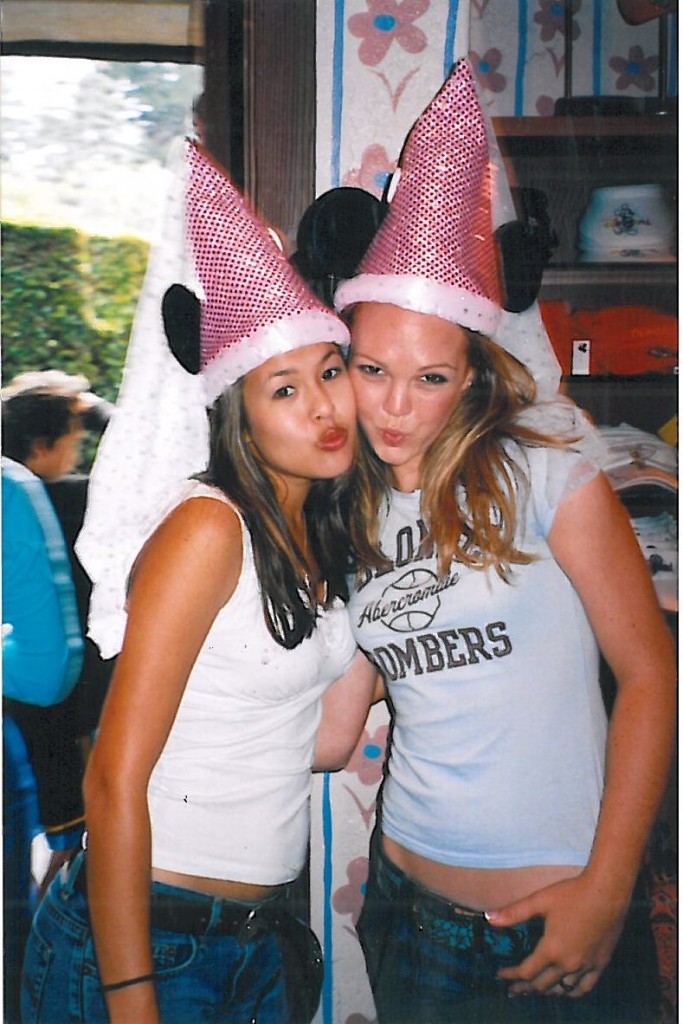 see what i mean with the mid-drifts? | m & i playing princess minnie at disneyland over our senior trip 2003