first of all, for all of your bachelor watchers (and chris harrison admirers), how great was monday’s episode? i know my weekly bach-watching companion and i thoroughly enjoyed watching the drama unfold as tierra-ble was finally sent packing. if you didn’t watch the ep, it’s fine, just read this recap.

in one week from today i will be boarding a plane for nashville, tennessee -the third of my visits there in less than a year’s time (to say i’m obsessed would be a mild understatement). while the exact activities of my four-day stay have still yet to be solidified, i do know that a visit to frothy monkey will be involved and really, when i come to think of it, that’s all i really need. i may or may not also be making a certain person’s acquaintance, but only if he continues to play his cards right.

it has come to my recent attention that i may be the last human on earth that has never seen the star wars trilogy. in fact, i have been advised to let y’all comment on said fact. so please, feel free to share your shock/horror/disgust? over the fact that i have never sat down to take in the adventures of luke skywalker and the gang. i suppose referencing princess leia’s hairstyle from that one friends episode where ross makes rachel dress up like her to fulfill a fantasy just isn’t cutting it anymore? 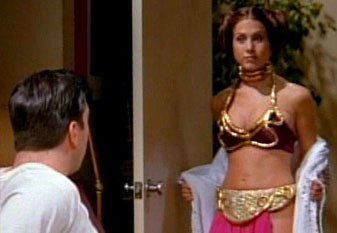 a native foods recently opened near my parents’ house and i’m really quite excited about it. the rents treated me to takeout from the restaurant last thursday and after devouring not one but TWO entrees, i think i may have a new favorite go-to spot. don’t worry, sushi, you’ll always be my first love, but looks like urban plates might have some competition…

i shared a table with a middle-aged man at starbucks wednesday morning. when he asked me what i was writing as i frantically scribbled words into my mustard-colored notebook, i basically told him my life story. which is, if you have ever approached me in starbucks or in trader joe’s or most retail chains, just par for the course. at any rate, i explained to him my unrest over my inconvenient case of writer’s block and in response he offered me this pearl of wisdom: “just keep writing.” turns out it was pretty good advice as adhering to it definitely aided me in finishing my piece (and prior to the deadline!). apparently i should take advice from middle-aged men more often.

this sunday my girl L and i are being treated to a brunch at gabardine in point loma. i’m doing a review of their sunday brunch (and bottomless mimosas) for AskMissA and one look at the menu and my mouth is already watering. i know most of the items include meat, gluten, and/or dairy, but when in rome. i just might have to take artistic license to my food allergies for a day. when the food is free, you adjust.

i don’t think i ever updated you on the outcome of the whole victoria’s secret bathing suit order (and clearly you have been on pins and needles ever since). well good news! VS came through in a major way. so take that, target. now if it could just warm up a bit, i might be able to take those babies for a spin. and by spin i mean wear them for like an hour out by the pool before i get overheated and bored and return back to my condo for a dvr’ed episode of real housewives of wherever. i’m kidding, obviously that hot dad i spied last summer isn’t going to ogle himself.

aside from the prabal gurung lace number, i have managed to keep my online (and offline) shopping at bay for at least like a month now. i’m pretty sure i deserve some sort of medal or something. anyway, so as to further test my will power (which, i might add, is strong to quite strong), i’m going to see if i can extend this pseudo spending freeze until at least next weekend when B and i may or may not treat ourselves (treat yo self) to a trip to the opry mills outlets. but that doesn’t mean i can’t admire things in the meantime, right? because if i was into throwing all of my monies at the internet, this dress would be mine: 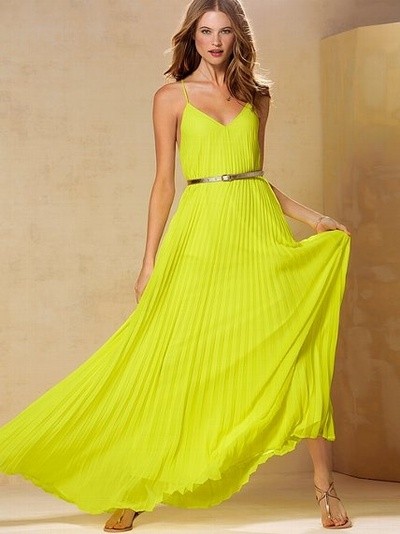 Neon Maxi, you belong with me.

so remember when i told y’all about updating my homedrobe and promised to finally get cracking on making my house a home with some overdue repairs? if you don’t, here’s a refresher. well, guess what? (what?) it’s happening, y’all.  come next sunday i will have repainted walls, new bedroom furniture and a furnished guest bedroom. it just so happens that i’ve conveniently chosen to be halfway across the country while these home improvement (such a great show) projects go down. so you know, worst daughter of the year award goes to…yeah, that’s right, my parents are rock stars and will oversee the whole thing. how i lucked out and managed to snag those two for my own i’ll never know.

and on that note, i feel as if you’re pretty updated on the latest happenings of yours truly. if you’d like to know anything else, just ask. like i said, even if all you wanted was to know what time it is, you’d probably still get my life story.