i lied. i told you there would be copious outfit posts and shots of me being “sooooooo nashville” on instagram this weekend and there wasn’t. aside from these two photos from my initial moments of my trip, 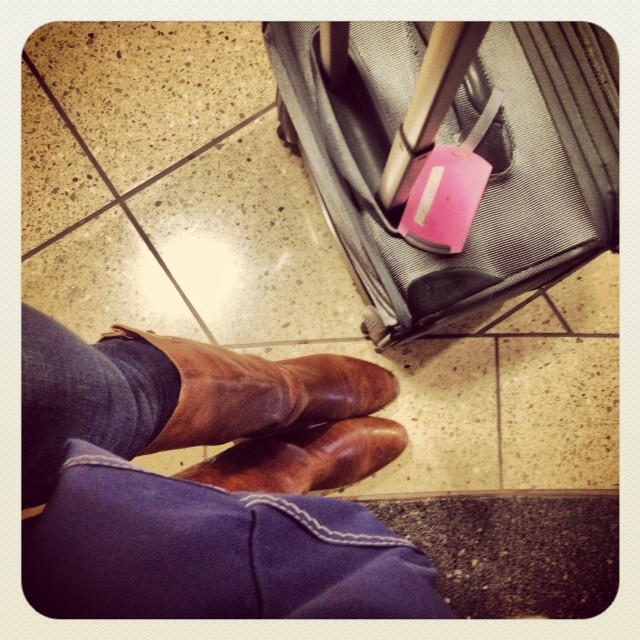 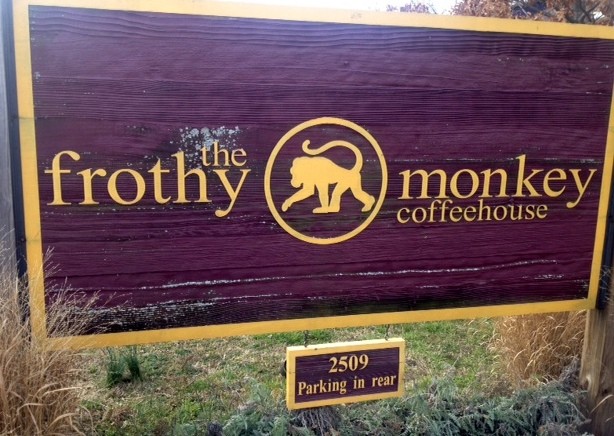 one of my favorite spots in nashville | frothy monkey.

i was completely remiss in photographically documenting my adventures. because while my first trip to nashville may have warranted the obligatory instagram documentation based on principle alone, my now third visit just didn’t feel as it required the same ado. but maybe that’s because in nashville, i no longer feel like a tourist. and a weekend in nashville almost feels like a weekend at home.

somehow over the past 10 months, the sights, tastes, people, etc. of this southern city have woven their way into the fabric work of my life. i mean, i have a barista boyfriend named brett who knows to hold his breath between visits for goodness sake! it’s almost as if as soon as i step foot on tennessee soil, a rush of familiarity washes over me. and in turn, there are simply things i instinctively know will transpire over the course of my stay.

i know that when B retrieves me after work on that friday afternoon we’ll go home briefly to freshen up before joining “the usual suspects” (they don’t call themselves that, i just deemed them that with strategically placed air quotes) for tappy hour. unless tappy hour has been moved anywhere further than a five-minute drive from B’s doorstep. if that is the case, we’ll settle for a late dinner at a delicious (and probably mexican-themed) restaurant.

i know that on saturday morning we’ll meet either C, A, N or any combination of the three at frothy monkey and that in addition to the employees that know her by name or by corresponding peanut allergy, we will undoubtedly run into an average of two point five of B’s friends and/or casual acquaintances who are always congenial and better-looking than most humans.

i know that before the weekend’s end we will have eaten at edley’s bbq and chipotle, tried on two dressing rooms-worth of clothes at j.crew factory, attended the 10 a.m. service at midtown church, and made at least one trip to trader joe’s. i also known that we will basically plan our day around eating and whether or not we can catch my aforementioned starbuck’s boyfriend during his regular sunday afternoon shift.

i know that we will probably make plans to attend a concert, a benefit, a museum, and/or something else nashvilley and also completely normal and encouraged for two hip twentysomethings who didn’t shower and put makeup on for nothing! only to cancel said plans in exchange for an evening spent in pajamas, eating creations from the whole foods salad bar, and sharing in belly-laughter-filled conversations with friends.

i know all of these things because they are all things that might normally occur even if i wasn’t visiting, and they are things that i get to experience on weekends such as this past one since being so graciously assimilated in B’s everyday nashvillian life. her friends have become my friends (at least through instagram). and when i’m long gone and she tells me in a weekly email that she ate chicken tacos at chuy’s on tuesday and had a hilarious exchange with latte bowl (his nickname) at frothy monkey on saturday morning, i can picture these details in my mind. i can retrace her steps even 2,000 miles away because i’ve watched her walk them firsthand, and i’ve been lucky enough to take a few of those steps alongside her, too.

it’s funny when B and i run into people at church or in the grocery store that i’ve met on previous trips. it’s almost as if they are startled to learn of my repeat visit and in such close proximity to the one prior. they inquire if i’ve caught “the bug” -the nasvhille bug. and i tell them that i have. heck, i tell the lady behind me at the cvs pharmacy while we wait to pick up our prescriptions (would it kill y’all to open another counter?) that i’ve caught the nashville bug. and if my life looked a little differently, i would without a shadow of a doubt (okay, so maybe it’s more of a smallish shadow) move there and extend my stay well past the habitual four-day limit. but since i just got my house painted and inherited some pretty awesome furniture and my job has great benefits and my parents love to buy me things i don’t like spending my hard-earned money on like toilet paper and venus razors and the baristas at the solana beach starbucks know to have my venti ice water waiting for me at approximately 5:00 p.m. every tuesday and thursday (and maybe for that mortgage thing and those really amazing san diego-based friends and also the ocean), i suppose a cross-country move just isn’t in the cards right now.

but rest assured if brett, my shaggy sideburned barista with the inner arm tattoo and a natural talent for getting the spelling of my name correct the first time and without assistance, were to wake up and see my mediocre attempts at making him laugh as flirting and decide to act upon said vibes, i would pack up my car and get the heck out of dodge quicker than you could say “the humidity isn’t that bad in the summer, is it?”

but in all seriousness, nashville always seems to feel less and less a travel spot and more and more a secondary home every time i make the continental jaunt -proof that not only is B the best (she really is) and the perfect hostess, but also that she has built up an incredible community that also embraces me as their own. i don’t know if it’s the byproduct of the southern hospitality that everyone always talks about or the fact that C, A, and N are some of the sweetest people in tennessee (and the remaining 49 states for that matter). but whatever the reason, i know what B has is truly something special and i’m just so lucky to be apart of it.

so as long as there are edley’s southern salads to be inhaled, frothy monkey cappuccinos with lumpy steamed almond milk to be sipped, and north face vest over a crisp oxford-outfitted men to ogle, i will continue to make nashville a permanent fixture in my travel repertoire.