there we sat, in the courtyard of cardiff seaside market, sipping our venti iced drinks (coffee for me, green tea for her), soaking up the saturday sun. we chatted about life and love and how attractive the patrons of this particular center tend to be (but really, we now know where to go for some serious eye candy). and right after we had returned two dogs to their owner after he had asked us to hold their leashes while he ran into starbucks (i love how trusting encinitians are), there he was. with a swagger that seemed to evoke a sense of, “yeah, i know i’m all that and a bag of chips (or some other saying that’s a bit more current seeing as this is what we said in my elementary school days),” the exaggerated arm holes in his gray tank and backpack positioned over one shoulder (because two shoulders is so lame) provided evidence to where he was headed -the gym. obviously to get swole. or, again, whatever the kids say these days when they want to work on making their muscles more muscley.

as he strolled past us, i took note of his facial features and his ginger locks (can they be called locks if he has a buzz cut? i’m saying yes). while his body was certainly not that of his former self, there was no denying the familiarity i found from the neck up. well, i’ll be darned, i thought. my very first kiss. the guy that had been the culprit of my removal from the virgin lip club that summer evening in the back of a movie theater as scary movie 2 played on. and the guy responsible for getting me published, so you know, thanks for that. the guy that i had met on a cruise during the summer of my 16th year, and whose dad just so happened to live a mere ten minutes away from me in non-cruise life. the guy whose name will remain undisclosed because hi, apparently, things like accidentally running into him in cardiff might actually happen.

as he entered the gym, i leaned over to B (not B in nash, this is another B, just as fabulous, just more geographically desirable) to tell her the reason for my minor freak out. “what the heck?! that was my first kiss,” i confessed. and i think we squealed. the reason i say “i think” is because a) i don’t really remember and b) he totally looked back out into the courtyard. while i like to think that it was because he recognized me and that warranted an obligatory double take, the truth might dictate the fact that he was disturbed by two grown women shrieking in a pitch that only those two dogs we had been babysitting minutes before could hear.

at any rate, homeboy is looking good these days (i mean, hi, have some lats why don’t you?). i’m not gonna lie, i may or may have gave myself a little fist pump for the fact that this dude is the dude i get to credit for my first liplock (go me!). furthermore, while it was a shock initially for me to learn that he no longer calls the pacific northwest his permanent place of residence, it kind of makes sense that he now shares my north county bubble. for one, his father may or may not still live here. and also, truth be told, i totally worked with his older brother at jake’s del mar, a beach side restaurant where i hostessed the summer between my freshman and sophomore year in college. but in all objectivity, y’all, twelve years later and bam, there goes your first kiss just strolling by you en route to his workout on a saturday afternoon? i mean, my life is just ridiculous in the most wonderful of ways.

now i’m not saying i’m ready to have a second serving of this ginger (m)ale (get it?), but you know, it is very nice to know i have options. 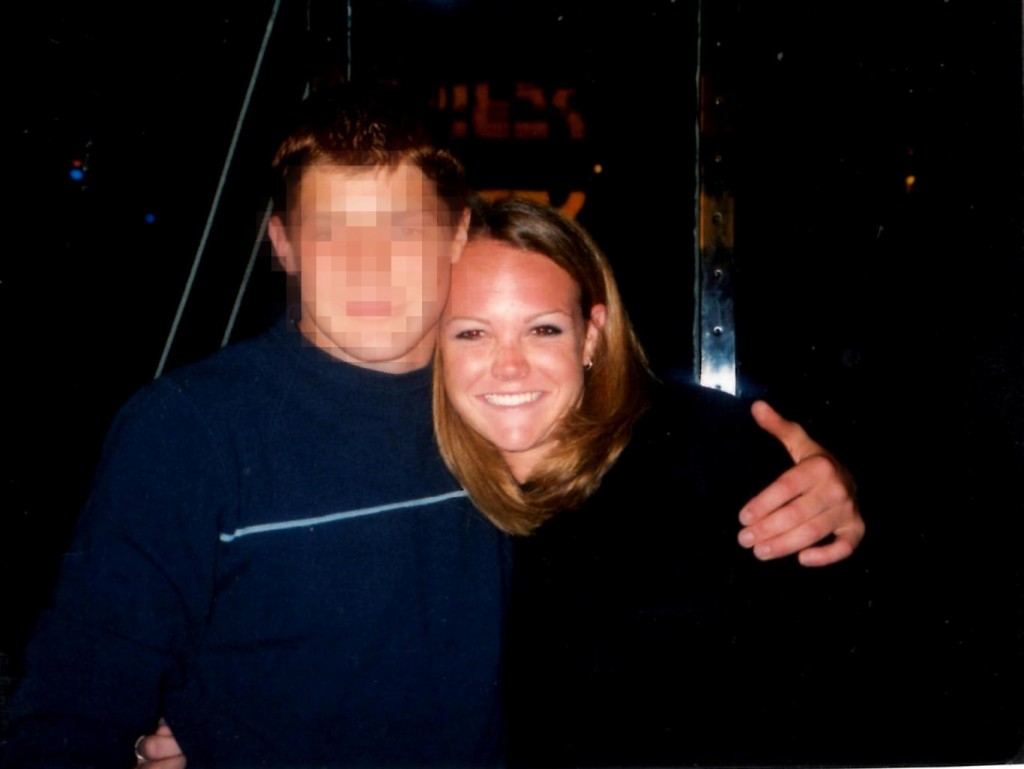 y’all, this was a photo we snapped on the cruise. disregard my overuse of metallic eye shadow.