seeing as the only men in my life are the ones that i snuggle up with courtesy of my dvr every week (i’m looking at you, seth meyers), you could determine that every weekend is, in fact, a girls weekend. but this one in particular is truly dedicated to that. one of my college besties is venturing down from LA for a little qt with yours truly and i’m really quite excited to play hostess for the weekend.

it should come as no shock to you that i’ve already planned out a rough itinerary for the duration of her stay -one of which most definitely includes visits to pure barre (she agreed to come with me, mwah ha ha ha), honey’s, and the forum in carlsbad. while my trusty weather app calls for sub-springtime worthy temps (mid-to-low 60’s), we, rather i, still plan to spend a good portion of our time al fresco. those swami’s surfers aren’t going to make googley eyes at themselves now, are they? precisely.

speaking of making googley eyes. ever since seeing the trailer for the place beyond the pines with a bleach-blonde and tatted-up ryan gosling, and a buzz-cut and scruffy bradley cooper, i’ve been pretty darn convinced that our weekend will need to include this movie. turns out, i wasn’t the only one who had determined this as one text to R revealed that she was right on board with my decision to venture to the big screen for a healthy dose of eye candy. after getting the green light, i’ve since purchased two tickets for the 5:00 pm. showing at the fancy pants theater in del mar. dinner at rimel’s and fro yo at swirl’s to follow, obvi.

sunday will include church at north coast, followed by brunch, well, let’s be honest, probably somewhere along the 101. the rest of the day will be left up for our choosing.

over the course of these next two days there is sure to be plenty of food and coffee and conversation centered around how silly boys are, too. we may spend money on clothes were don’t really need and linger in the cardiff seaside market parking lot a little longer than necessary in hopes of a second appearance of my first kiss. i know we’ll laugh, probably at ourselves or at something really really funny (those are oftentimes one in the same) and get vulnerable about the work God’s doing in each of our respective lives as well. there will be car-dancing and movie-quoting, and most assuredly an overload of instagrams. there may even be a time for nostalgia as we process how, at the end of this month, it’ll be a whopping SEVEN years since our time together as pepperdine waves (gulp, we’re old).

but regardless of what is said, or done, or eaten, or watched, i know more than anything that it will be 48 hours very well spent. 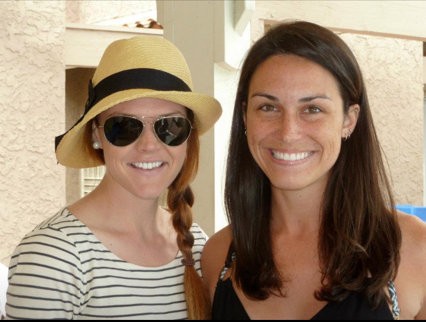