have you ever called someone the wrong name?

for a good three years now.

you’d think for someone who gets called “donna” almost on a weekly (basis because apparently i don’t enunciate the “shuh” well enough), i would be more mindful of addressing people by their proper name -especially when said person wears a NAME TAG, but color me presumptuous because when i first took a gander at said gentleman’s name tag some years ago, i mistook the “v” for a “y” and have been following suit with every visit to the jimbo’s deli counter (which, if you know me, is quite frequently) since.

so you can imagine my sheer and utter embarrassment on friday evening when i heard one of my friend’s co-workers call out his name in my presence as i waited patiently for my 1/2 pint of dill-flavored cooked carrots. because said name certainly didn’t match the one i had been using for the past umpteen days. i tried to hide my “whoopsies!” expression as i cowardly shlinked away toward the check-out lines before i could add insult to injury. i mean, i totally intended on coming clean…just on another evening.

turns out that “another evening” was the very next one as i was yet again craving a pre-made meal from the jimbo’s deli counter (cooking is overrated on the weekends) on saturday night. as i approached the salad bar, i spotted his cheerful grin across the store. ready and willing to face my three-year-long blunder head on, i marched right over and positioned myself within earshot.

“i’ve been calling you the wrong name for, well, basically, the entire time i’ve known you.” i stated matter-of-factly.

“why on EARTH did you never correct me?” i screamed.

and without skipping a beat, he answered back (i’m paraphrasing), “well i figured if i didn’t see you for a long time and you returned and i couldn’t remember your name and had to ask you for a reminder, if for whatever reason you grew upset with me for the momentary memory loss, i could be like, ‘well remember when you called me the wrong name for three years?”

“so you’ve just been saving this in your back pocket to hang over my head if the moment arose?” i inquired jokingly.

lucky for me, i beat him to the punch before he could play the whole “you’ve actually never known my real name for all of these years despite the fact that we’ve had multiple five to ten minute conversations about things other than just whether or not they have brussels sprouts hidden in the back somewhere” card.

though if i know him well enough (which is apparently not at all), i have a feeling that i may or may not be getting served up a healthy helping of guilt trip along with my next order of tofu sesame drops.

but i must say, i kind of deserve it. 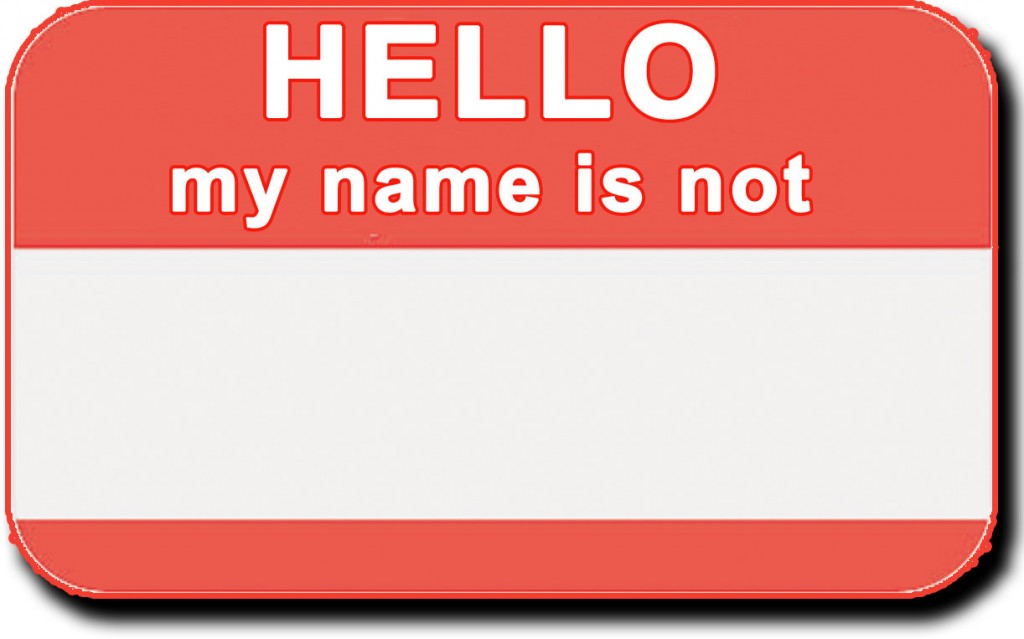 i can tell you what his name is NOT.