the way i see it, all men can be categorized into two categories. the matt saracens and the tim riggins. okay, okay, so maybe there are a few jason streets thrown in there for good measure, but for the most part, at the end of the day, it boils down to a choice: matt or tim. the all-american-boy-next-doors-who-do-their-grandma’s-yardwork versus the rebel-bad-boys-who-probably-have-tattoos-or-something-else-that-makes-them-not-take-home-to-your-mother-appropriate. i mean, those are a bit hyperbolic, but hopefully you’ve seen an episode of friday night lights and have a good enough gist of what i’m trying to get at. and if you haven’t, well, what the heck are you waiting for? and also, here’s a visual: 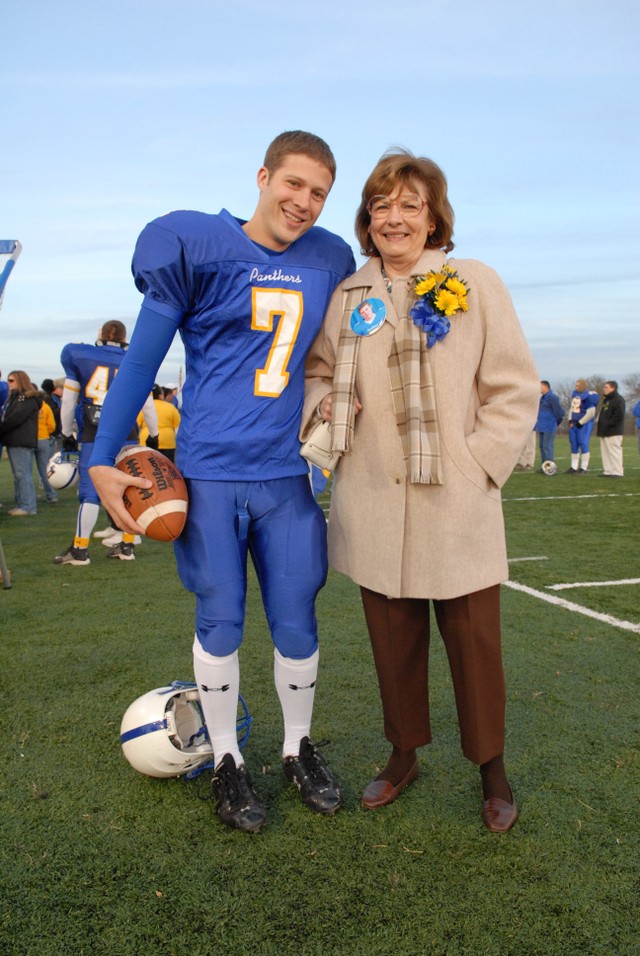 matt’s the type of guy who would pose with his grandma. 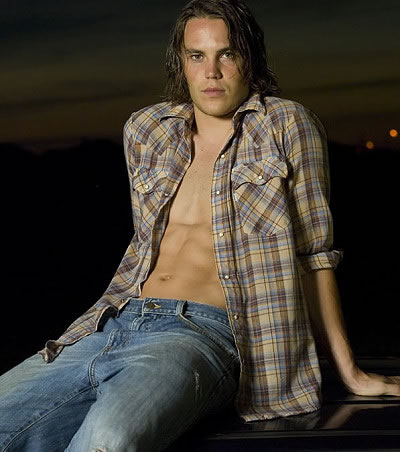 riggins is the type of guy who would pose shirtless, on a car. sans grandma.

for the better part of my life, i’ve always opted for the tim riggins’. for one, hi he’s really attractive (but we’re not talking about the actual tim riggins here). but more than that, i think i’ve always been attracted to what the tim riggins represents. the bad boy. the one with the edge. the one with just enough jerkness to keep my interest and intrigue. he’s smooth-talking and a little-rough-around-the-edges-but-in-an-endearing-kind-of-way. more often than not, the tim riggins’ sees girls as a dime a dozen, but yet, in some twisty way, that makes them all the more attractive.

because this whole taming of the bad boy is a secret dream that lies within all of us. actually, it probably just lies within me, but whatever. regardless of his innate wrongness for me, there’s this hope that if i get my hands on the right riggins, i can be the one he changes for -that my love would be the cause of his reformation from bad boy to upstanding boyfriend.  so i go after the tim riggins’, or at least let them chase after me in hopes that i can use my powers of persuasion and overall charm to get them to stay. i know, it’s as warped as it seems. and while i’m perfectly aware of the danger of my ways, like a moth to a flame, time and time again, i can’t help but allow history to repeat itself.

and well, you have pages and pages of blogposts to figure out how well this has worked out for me. i’ve loved the tim riggins’ of my life with a fervor that has often eclipsed all logic and caution. i’ve allowed my desire for a big, passionate, slightly crazy, kind of love to get in the way of choosing a partner that is in the game to find his soul mate, not just his good time. and i’m afraid that i’ve come so used to this zero-to-sixty kind of courtship that i’ve missed out on opportunities to entertain the matt saracens along the way.

i hate the saying “nice guys finish last.” but maybe that’s only because i’m partly responsible for its truth. the matt saracens of this world, the ones with pure hearts and good intentions, and the ones who get nervous at the mere mention of julie taylor’s name (you REALLY need to watch FNL already) have never appealed to me. why? because i’m twisted, remember? no, in all seriousness, i think it’s because i’ve equated nice guys with timidity, and i like a guy who can hold his own. or maybe it’s because when someone is just too good to be true, or too nice to be genuine, or too anything that doesn’t seem completely authentic, i start looking for hidden strings attached.

ironically enough, i recently went on a date with a matt saracen. a little shy, and less aggressive than i’m used to, but overall a perfect gentleman and sweet as can be. it may have been one of the best dates i have been on in a good long while, mostly for the fact that i was simply free to be me. i wasn’t caught up in whether or not he was going to try to hold my hand, or kiss me unexpectedly (though i wouldn’t have hated  either). the entire evening was simply two kids getting to know each other over conversation and cookies (we had dinner, too, but i really just love alliterations). what most first dates should be, i’d suppose. the crazy thing was, the whole thing caught me very off guard. i mean, in the best possible way. and when we parted ways that evening, i didn’t have the anxiety that i normally have when concluding a date. dating a riggins makes you show all your cards too quickly -LIKE ME LIKE ME before you get disinterested and move on to another girl in your list of dozens. but dating a saracen gives you back that quiet confidence you forgot you knew you had. riggins’ take love to a boil where as saracens move more at a slow simmer. and for someone who has been burned a time or four, there’s something to be said about operating under a controlled heat situation.

so if i’ve learned anything from dating the tim riggins’ of life, it’s that oftentimes they’re really good in theory,  and only in theory. i mean, is there a part of me that still believes that my dream of reforming a riggins into a saracen could be my eventual reality? absolutely. but i think i could also save myself a whole lot of trouble if i started saying yes to more saracen-invitations and no to more riggins-ones. because there’s a lot of work that goes into changing a bad boy into a good one.