death isn’t something we tend to like to think about, let alone discuss on the daily. it’s kind of this elephant in the room that we don’t like to acknowledge is there, despite the fact that we inch closer to it with every added candle to our proverbial birthday cakes. i’m not trying to be morbid, just kind of stating the facts. the truth is, to quote one of my favorite switchfoot songs, “this skin and bones is a rental and no one makes it out alive.” yet we like to live as if we’re the exception.

a couple of sundays ago we had a visiting pastor speak at church –reverend nate landis. in addition to being a dynamic and charismatic orator, he delivered a sermon that has resonated with me now even days later. his message was simple –learn to count your days so that you’ll make your days count.

he referenced psalm 39:4-8 in which david pleads with the Lord to make him aware of his own mortality:

show me, Lord, my life’s end and the number of my days; let me know how fleeting my life is. you have made my days a mere handbreadth; the span of my years is as nothing before you. everyone is but a breath, even those who seem secure. surely everyone goes around like a mere phantom; in vain they rush about, heaping up wealth without knowing whose it will be. but now, Lord what do i look for? my hope is in you. save me from all my transgressions; do not make me the scorn of fools.

i know, it’s a tough pill to swallow, this idea of being perishable. perishable is meant for things like produce, and meat, and anything you can find in the freezer section at vons. not for humans, we’re invincible. we eat kale and take vitamins after all! but unfortunately life doesn’t work that way. we’re all given the same amount of time, give or take a few years, to leave our mark on this world. how we choose to spend each of the 1440 minutes we’re allotted each day is up to us.

in the middle of his sermon, reverend landis shared a personal story about his mother who passed away four years ago from a terminal illness. before she died, the union tribune (i think we call it the “UT” these days because it sounds more hip) interviewed her for an article they were featuring. at one point the interviewer asked his late mother the following question (a question i can’t help but find commonplace in these types of situations): “how does it feel to wake up every day knowing that you’re going to die?”

without skipping a beat, his mother retorted with a sassy reply (and i’m paraphrasing) “how does it feel to wake up every day pretending that you’re not [going to die]?”

she makes a valid point. we’re all going to die. at some point. the number of her days was less than yours or mine, but at the end of the day, we could really all be asking ourselves the very same question. pretending something isn’t going to happen won’t stop it from happening. just like de-nile(denial) isn’t just a river in egypt.

anyway, all this is to say is that hearing nate’s sermon made me stop and think a bit. i don’t want to become a debbie downer simply waiting for the grains of sand to run out of my life’s hourglass, but i don’t want to be naive to the fact that i’m not getting any younger. i simply want to be made aware of how truly precious life is. in fully grasping my own mortality can i learn to make the most of the time i have at my disposal.

so i’m going to start counting my days. so by the grace of God, i can make each one of those days count. 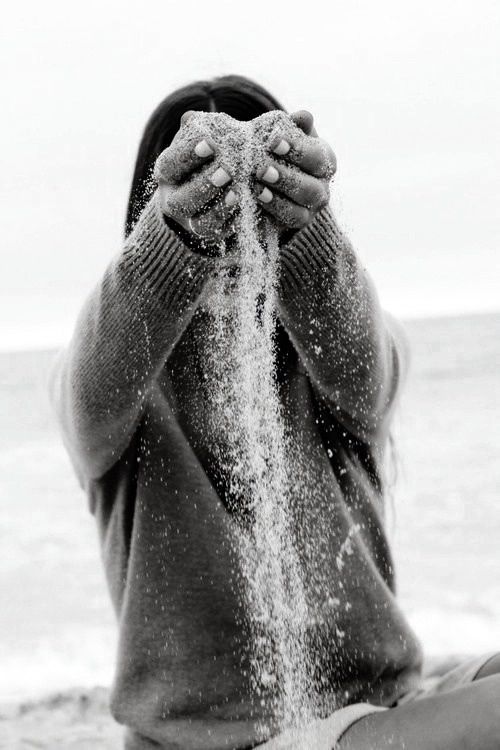