lately i’ve been dwelling on the concept of intentionality. google is telling me this isn’t a word, so i’m going to rephrase it and say that i’ve been dwelling on the concept of being intentional. letting your yeses be yeses and your nos be nos. while i’m by no means an expert on this topic, i’d like to think that i’ve managed to foster a knack for being purposeful with the time allotted to me. especially when it comes to to being intentional in making the time for others. taking initiative. scheduling plans. following-up on said plans. and seeing them through. i think it may have something to do with the fact that “quality time” is one of my love languages. or maybe it’s because i’m technically an only child and i’m always looking for a companion to play with me. or maybe simply it’s the fact that i think everyone just really wants to feel special every now and again. and knowing that someone has taken time out of their schedule to spend time with little ol’ you makes you feel all warm and fuzzy inside. at least, it does for me.

if i’m being completely transparent (and i try to be, seeing as honesty is always the best policy), i’ve been in a slump about my relationships lately. no, i’m actually not talking about love relationships this time. though i’m in a slump with those, too. thanks for reminding me. i’m referring to some of my friendships. due to no other reason than life simply unrolling, as it normally does, some of my closest bonds have transformed and been reshaped, pushed, pulled, and metamorphosized in recent months. and i guess i’m having a hard time with it. it’s selfish really. most of the relationships are changing because my loved ones are celebrating some of life’s most exciting chapters -marriage, babies, new jobs and relocations to other states or towns. but with each passing shift in friendship comes a new period of adjustment. and suddenly i feel as though everyone else is moving forward and i’m left on the sidelines still waiting for coach to put me in the game. and sometimes, y’all, i’m lonely. which is weird, because i’m really okay with being by myself (again, that only child thing sets you up for independence and a whole lot of imaginary friends), but lately i’ve realized that maybe i need more human contact than i let myself believe.

truth be told, i really loathe having to rely on anyone. which is obviously why group projects in elementary school were basically my worst nightmare. but in all seriousness, i think putting your trust in someone else’s hands is terrifying. not only does it make you completely vulnerable, but there’s always the fear that they’ll end up disappointing you in the end. and maybe that’s why i’ve learned to be so comfortable in the solitude. the only person i have to trust is myself. then again, even she isn’t always trustworthy.

i guess what i’m trying to say is that i need you. i need you to call me and invite me and give me the opportunity to take you up on your offer for dinner and a movie on a friday night. i try my darndest to keep on top of my social schedule, never allowing for too much time to transpire between dinner dates and coffee sessions or trips to the country music state. but i can’t do it alone. i want to create, or recreate, or transform, and build the relationship we once had, or maybe wipe the slate clean and start anew with a fresh attitude and perspective. i don’t want to become a christmas card friend. i don’t want to let your husband, your wife, your baby or your new job get in the way of what we had/have. duh, i realize things will have to shift for the sake of all of the parties involved, but i’m more than ready to meet you where you’re at. in this new juncture.

ironically enough, many of the aforementioned feelings of loneliness managed to manifest themselves this weekend. i lamented to my mother as she sat across from me at my parents’ kitchen table. whining and throwing myself a pity party as if i was four years old again. she offered what she could as far as counsel goes, telling me that she was sorry i was feeling this way and that she wished there was something she could do. i knew what i was saying was silly. i was lonely because i chose to be lonely. just as easily as someone could call me to ask me if i wanted to meet them for dinner, i could have done the same. apparently that’s how the phone works, who knew? and maybe that’s my own darn fault. when you always say no to the invites, sometimes people just stop asking.

unsure of what to do and feeling as though i was just depressing my mom, i did what i always do when i need a pick-me-up. i went to trader joe’s. and it did help, i mean, a little. but my issue was bigger than anything mr. joe could provide. i needed to feel community. but who could i call? (besides ghostbusters). who would be around on a saturday afternoon with no plans and the energy to put up with my sorry self?

and then God answered my prayer. because i don’t think it was a coincidence what happened next. i got an invite to go out with M and his family. it was last minute. it was completely unexpected. i had pleaded for a door to opened. and just like that, God had cracked a window. and i was left with a choice. do i seize the opportunity and go against my intrinsic need for plans or do i cower in the face of spontaneity? if you had asked me on any other day, i most assuredly would have answered with option a –thanks but no thanks. but it was so clear to me that this was the perfect instance to put my money where my mouth was that i could do nothing less than accept the invitation. and enthusiastically so.

and you know what? it was one of the best nights i have had in a long, long time. it was just the perfect storm of good conversation, even better company, and obviously delicious food and drink. it was so very out of my element, but then again, not. it was the anecdote i had needed to fuel my temporary void. this craving for community and more importantly, this intense desire to feel included and special. it had just been a last minute invitation for a night out on the town, but it really ended up being so much more.

i suppose what it boils down to is learning to say yes more than i say no. i mean, for a while i had a hard time saying no, and now i feel like the spectrum has shifted entirely. anyway, i think i’ve clung to the “no’s” because there’s less risk there. no disappointment or let down. if you never even start, then it never has to end badly. but a life full of no is not a life worth living. it lacks possibility. possibility of great things that lie behind its open doors and cracked windows and down its paved paths. i’ve learned that saying yes to someone or something doesn’t make you weak. it isn’t the same as giving into temptation or losing self-control. i mean sometimes it is, given the situation. but really, saying yes more than you say no has the power to change your outlook entirely. i’ve learned that people wouldn’t offer things if they truly didn’t expect you to say yes in response. i mean, they may kind of think that when they offer you the last cupcake or donut, but they’re definitely not inviting you to tag along out of pity (at least i hope not). they’re doing it intentionally. they want you there. your presence would only serve to make the evening or outing or dinner or situation more enjoyable. there aren’t any strings attached. sometimes an open invitation is just that. an open invitation. and by saying yes, you’re setting yourself up to experience a whole world of delicious unknown. the kind that is scary, sure, but in a good way. because sometimes scary can be good. 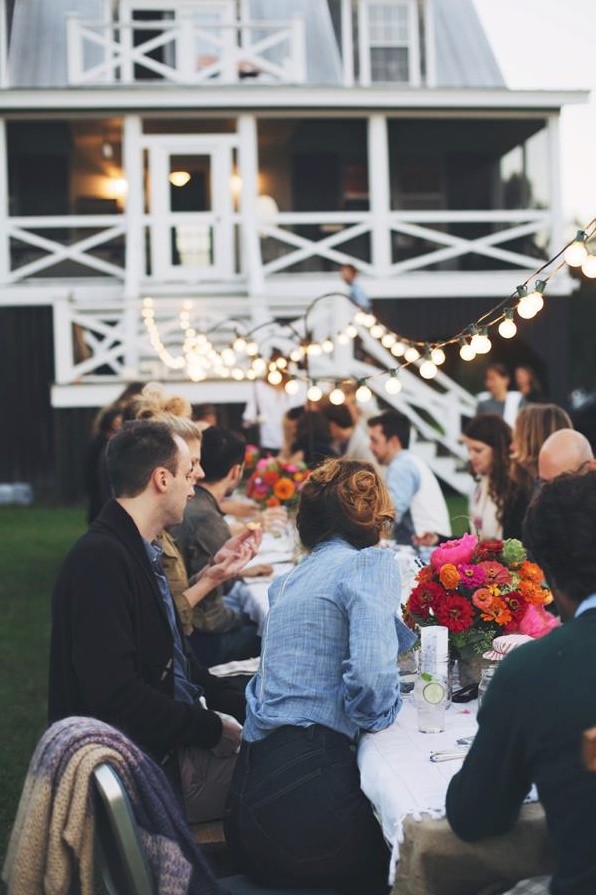