i started shaving my legs when i was in sixth grade. i don’t know if that’s late or early on the whole milestone spectrum, but my hair was blonde and shaving sounded like a lot of work so i tried to postpone it as long as possible. but when i was nearly the last girl in my grade to adopt the razor as my own, i figured it was time to face the music and take a hedge trimmer to my gams. and i’ve managed to keep them relatively smooth ever since.

as far as my shaving equipment goes, i’m relatively low maintenance. i’ve been pretty loyal to the venus razor since making the switch from the bic disposable variety about five to seven years ago, and for lathering purposes, i’m pretty much game for whatever shave gel brand is on sale at the time. because no one wants to spend $4 on strawberry-scented foam. at least, i don’t. and i love strawberries.

anyway, when i recently ran out of my can of tropical mango skintimate, i tried to look for an equivalent product during my saturday afternoon trader joe’s run. sure, being tj’s, i expected the equivalent to smell like tea-tree oil and lavender sprigs, but if it meant i didn’t have to go to target (and avoid its money-stealing ways), then i was open to trying whatever i could find on the aisle that stores nuts, dried fruit, chips, and miscellaneous toiletries. and yes, you are correct, i have memorized the contents of every aisle at the encinitas location. it’s fine. i can draw you a map if you’d like?

and then i stumbled upon this: 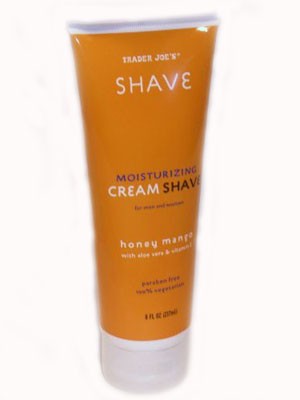 honey mango goodness for your gams.

it was a little difficult to spot at first seeing as i am normally used to seeing something in an aluminum can. but sure enough the bottle read “SHAVE” across its front, signifying to me that it would indeed function as a sufficient replacement to my empty bottle of berry-smelling lather. so i threw it in my cart, headed to the check out line, and hoped for the best.

later that evening, i decided to test out my new purchase in the shower. i mean, essentially it’s the same consistency as conditioner which was kind of weird at first, but as i began to coat my legs with its creamy texture i was overwhelmed by its silkiness and the scent? heavenly. so i proceeded with the shave as normal. and while i don’t currently have a baby’s bottom to compare the smoothness of my gams to, i’m going to take a gamble and claim that they’re pretty similar in hairlessness. i was very pleased with the outcome. trader joe’s DOES IT AGAIN. plus, hi this little product is paraben free and 100% vegetarian. that second part doesn’t really matter as much anymore seeing as i’m a carnivore again, but it’s still nice to know there aren’t any meat products in my shave gel. bacon really clogs up my razor.

anyway, this is a non-sponsored post about trader joe’s shave cream. think of it as a “shawna tries it first and tells you about it so you don’t have to worry if you’re making a poor decision or not” kind of review. so basically, you’re welcome. 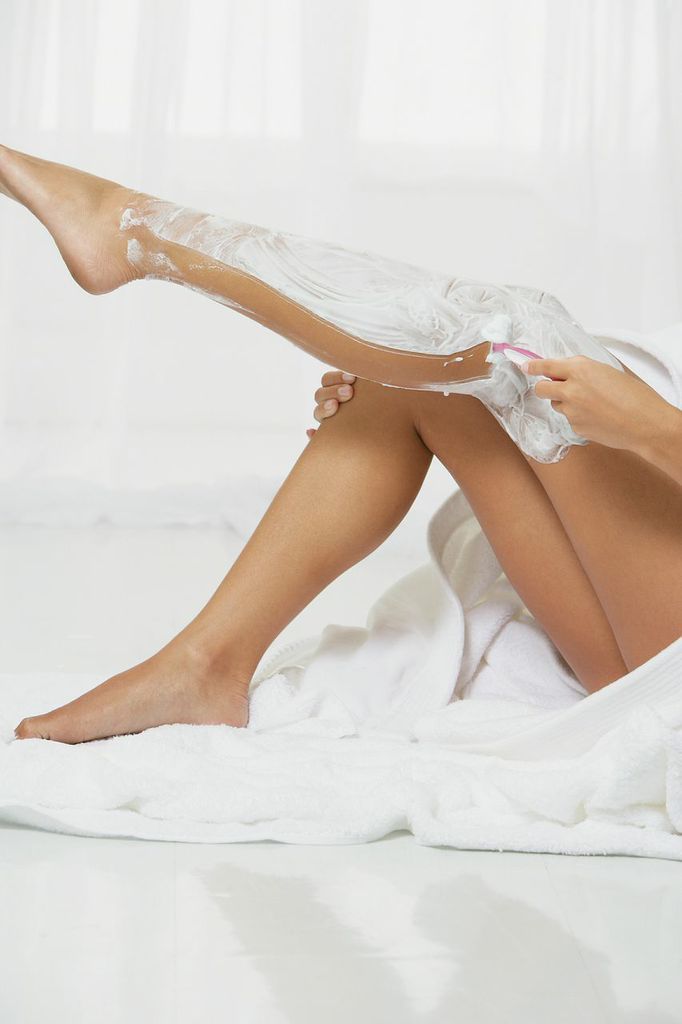