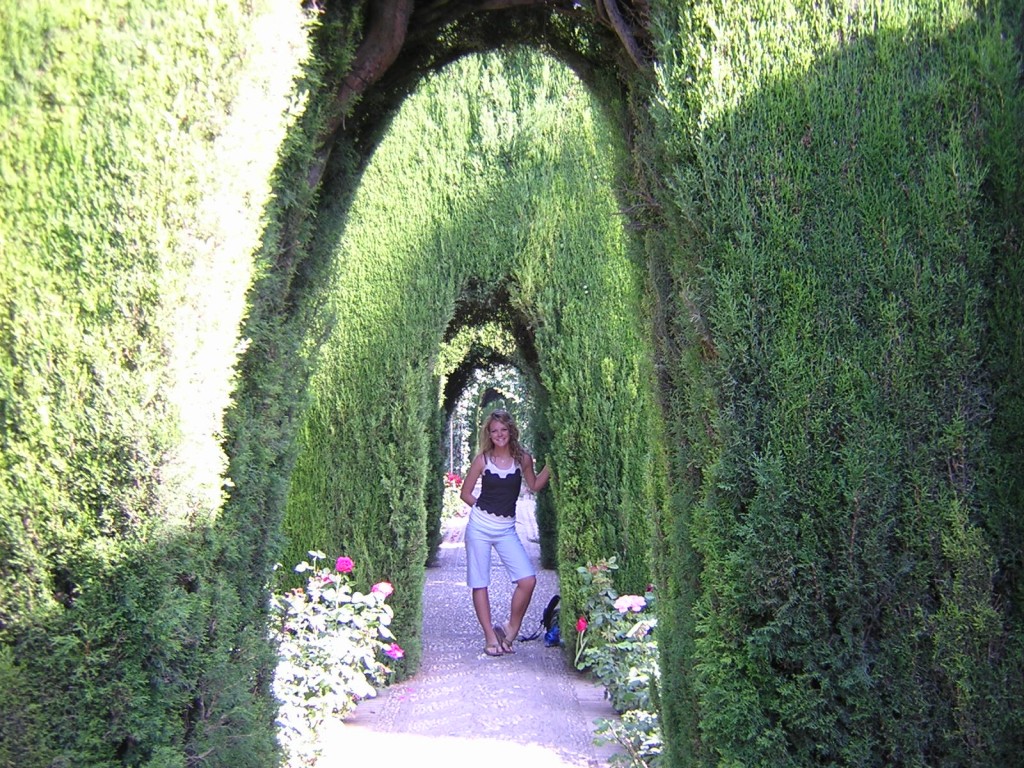 this is one of my favorite pictures ever taken of me.

i mean for one, i remember it being a good hair day (no small fete while traveling abroad). but in all seriousness, when i look at this picture, i see a version of myself that i really love. the kind that was so hesitant to take the leap in studying abroad in a country thousands of miles away from all comfort and familiarity, but the kind who fully embraced her adventure and returned with precious life experience that continues to influence her today even eight years later. she’s kind of a little badass that one. in fact, though she’s nearly a decade my junior, i feel like i could learn a lot from her.

i enrolled in college as a communications major with an emphasis in public relations. i really have no idea how i landed on that seeing as i knew very little about the field of PR nor what kind of things it would entail as far as a career. but it sounded neat and i think i thought it might mean i could work for/with celebrities so that’s the box i checked on my “declare your major” form. it took me all but a semester to realize that perhaps this field of study was best left for someone else.

so i did a little soul searching, wound up taking a semester of italian (contemplated going to study in italy) and then a semester of german (then i contemplated going to study in germany, clearly i’m a really decisive person), realized i was pretty good at language and settled on the arena of international studies for my concentration. one semester of an international relations course quickly had me nixing that major from the list as well. super, shawna, you’re 2/3 of the way through your college credits and still without a clue as to what your life outside the pepperdine bubble might entail. remember that time when your parents paid for your to go to a really great school and get a top notch education in malibu of all places? yeah, you should probably at least graduate with some sort of degree to your name.

so after a similar pep talk, i did what any normal college sophomore would do. i decided to major in spanish and graduate an entire year early. oh, is that not what normal second year students do? silly me. i suppose i wasn’t your normal second year student. nor am i anywhere near normal in general. anyway, declaring spanish as my official area of study required me to study abroad in a spanish-speaking country. the advanced spanish language program alternated between buenos aires, argentina and madrid, spain. not that i have anything against our neighbors to the way way south, but i was pretty pumped to learn that the summer i planned on participating in the program it would be in spain, ole! mostly for the fact that spain is in europe and i love europe. anyway, when i made the decision to participate in the program, i was like “soooo excited, i’m going to SPAIN. bring on the latin men and delicious mexican food!” and then i realized that most of the latin men i was exposed to do not in fact look like rafael nadal or fernando verdasco (more mullets, less muscles, but the affinity for capri pants is still pretty accurate) and spanish cuisine is not like the #2 combinacion plate at fidels. apparently i had a lot to learn about the spanish culture in general. but at least i could speak the language! hooray! which was actually really vital seeing as i was going to live with perfect strangers who didn’t speak a lick of english. in theory the trip sounded so adventuresome and exciting and the opportunity of a lifetime. in actuality it was adventuresome and exciting and the opportunity of a lifetime. but that didn’t mean that i wasn’t extremely anxious, nervous, and downright scared when my parents dropped me off at LAX that monday afternoon. aside from the rogue girl scout camping trip and well, going to college, this was the first trip i had taken without the supervision of my family. so i would be lying if i didn’t say that i was doubting my aptitude to make it back to america in one piece two and half months later.

and to spare you a very detailed trip down memory lane and also, seeing as i’m currently typing this story with my own fingertips, spoiler alert: i survived. in one piece. and with a wicked knack for the spanish language. the first week was precarious, i’m not gonna lie. navigating and conquering the metro system alone was a challenge. aside from the food that my house madre prepared (she was an amazing cook), i think i ate subway and starbucks for nearly all of my meals. and i’m fairly certain i did the math as to how many days i had to go until july 22nd (the day we flew home). but then i allowed myself to unclench my fists and exhale the breath i had been holding since the moment we touched down in madrid, it seemed. i gave myself over to the experience. i began to embrace the freedom and discovery that comes in spending time abroad, in a country and with people so very different from your own. sure, i still ate subway throughout the week and though i had mastered changing lines on the metro, there were still days when i got entirely turned around. but when my parents came to visit me about halfway through my tenure in spain, my mom was very clear to point out that i was an entirely different lady than the one she had dropped off at the airport just weeks prior. she could sense the transformation i was already myself becoming aware of -i had a new found independence and confidence and an overall greater sense of self.

truthfully, sometimes i miss this woman i became in spain. she held within her a certain fearlessness that i can’t help but feel has since been replaced by a pessimistic attitude and an overlying aversion for the unknown. but then i look at this photograph and i am reminded of the fact that she’s still a part of me. somewhere deep down inside, her sense of adventurism remains. while life experience has made all too real the consequences of being too curious or too open to try new things or paint a little outside of the lines, i never want to lose the spark that once resided in that bright-eyed 20-year-old who spent two and a half months wandering the streets of madrid, spain with little more than some prayers and a firm grasp on the spanish language.

so here’s to rediscovering my sense of adventure. and learning a little something from that precocious college student eight years my junior.