around this time ten, count ’em TEN years ago i was packing up the civic en route to malibu for my freshman year of college. and before i drove the 5 to the 405 to the 10 to the 1 to 24255 pacific coast highway (reminds me of this snl skit) to my new home in pauley dorm, i remember getting a lot of advice. about what to bring, what to expect, what to do, what not to do, and what to make of the next four years. it was all a bit overwhelming to tell you the truth. and on top of the unsolicited advice, there were so many looming questions: is declaring a major right away completely necessary? i can’t commit to one brand of shampoo, how am i supposed to commit to an area of study for a whole four years? what if i don’t make any friends? should i join a sorority? at least then people have to be nice to me, i’m their sister. what is the deal with having to buy extra-long sheets? can’t they just make regular size beds?

turns out, college isn’t that scary. it’s quite the opposite, in fact. i think the one thing to remember as a freshman is that nearly every single other freshman is feeling the same exact way that you’re feeling. they’re just as nervous, just as excited, just as anxious, just as (temperature) hot (no matter where you go, it’s pretty swampy in august/september, just an fyi). y’all are in this together. and viewing it in those terms kind of takes the pressure off, i think. at least it did for me. just take a deep breath and start introducing yourself to your fellow first-years. say yes to invitations. say no to drugs. don’t pull too many all-nighters (they’re fun once or twice) or be too generous with your caf points (they have to last you all semester). but if i could give you any sage advice from my time as a college freshman, it would be this: don’t overthink anything. just go with it. be open to making the kind of friendships you’ll keep way past your golden years and have some school spirit, why don’t you? and please, call your mom at least once a week. just because you’re not under her roof anymore doesn’t mean she’ll stop worrying about you.

but because that kind of advice is a little touchy-feely and doesn’t really help you as you prepare for college, i have a few more tips that i wish i had received prior to making the drive to malibu. the kind of stuff that those college-prep lists neglect to include. and while some of my specific words of counsel may have been gleaned at my particular place of study, i tried to keep the advice pretty university-generic. good luck you little froshies, class of 2017 (<– way to make me feel REALLY old).

buy a butt-load of underwear. ha, no pun intended. but seriously, clothes can be febreezed or turned inside out or drenched in body spray. the same doesn’t really apply (as well) to underwear. so if you’re going to, say, wait until thanksgiving break to do a load of laundry (see also: take said load to your parents so your mom can do it for you), you’re going to need a lot of undergarments to see you through. that’s right people, this is the advice no one bothers to include on the “what you’ll need” list at bed, bath & beyond.

two words: shower shoes. pick up a couple of pairs, actually. they’ll start to get ripe right around mid-terms. plus, they’re like $3 at old navy. so stock up. there is no excuse for bare-feet-to-wet-shower-tile-contact.

be nice to your roommate. i mean, you’re going to share a cereal-box-sized space together so you might as well make the most of it. bond over your mutual love for pickles or strawberries or episodes of unwrapped on the food network.

turns out you won’t self-combust if you eat by yourself in the caf. do it at least once. we know you have friends if that’s what you’re worried about. it can be liberating to fly solo while enjoying a meal. plus, you don’t have to listen to that guy from your humanities class chomp his food while he’s chewing.

take a lot of pictures. just do it. maybe don’t post them all on facebook and instagram, but you’ll want to reminisce about your “glory days” later in life. and you know what makes that a heck of a lot easier? having pictures to look at.

nap. often. preferably not in public areas (i feel that can only end badly), but in your dorm room or in your car before class (set an alarm though). don’t let anyone tell you differently, a 20-minute power nap can be a game changer.

make friends with your fellow students that work at starbucks. free coffee is better than not free coffee (i mean, from what i’ve heard). also you’re going to want to start drinking coffee in general. those term papers aren’t going to write themselves at 1 a.m.

buy an entire season of a show you don’t mind watching over and over again. ideas include: friends, friday night lights, felicity, scrubs, you get the point. you might not have cable/access to a television and those youtube videos are probably going to get old. i know, i know, hulu exists. but you know what hulu can’t do? give you a coach taylor pep talk when you’ve bombed your mid-term or make you laugh with a chandler bing “could i be wearing anymore clothes?” moment. just kidding, hulu can probably do both of those things, but whatever, just bring the dvds. shows like those bring people together. and hi, you probably have to watch them huddled over your mac book so if you’re looking to get close to the cutie from dorm 7, might i suggest a friday night lights marathon?

in terms of greek life, a sorority or fraternity will give you back exactly what you put into it. if you don’t go to any of the meetings or social functions, you’ll probably think it’s pretty lame and wonder why you’re paying to be a part of this sacred sisterhood/brotherhood. on the other hand, if you allow yourself to forge relationships with your fellow members, invest the time to attend the occasional date dash or formal, and even volunteer your time to serve on the executive board, you’ll find it to be pretty darn rewarding. you might not make the same sisterly/brotherly bonds you have with your actual siblings, but then again, you might.

always buy the used text books. they might have that new book smell and may or may not contain some questionable doodles, but they are a heck of a lot cheaper and the former owner may have left you some pretty good notes/insight for the course. but mostly they’re just a lot cheaper.

learn your fight song. (still working on that one).

midnight tanning is never a good idea. i don’t care how cheap it is at that hour. you go to bed smelling like burnt chicken.

speaking of chicken, enjoy all of the home-cooked meals you can before you venture off to [insert top university here]. caf food these days is probably a lot better than what it was even when i was in college, but trust me, you’re going to get tired of the salad and cereal bars really quickly.

and finally, pace yourself. you have three (or four, depending on credits/majors/overall personal drive) more years of this. staying home at least one night a week won’t kill you. but then again, you can sleep when you’re dead.

go get ’em, tiger (or whatever your school mascot is). 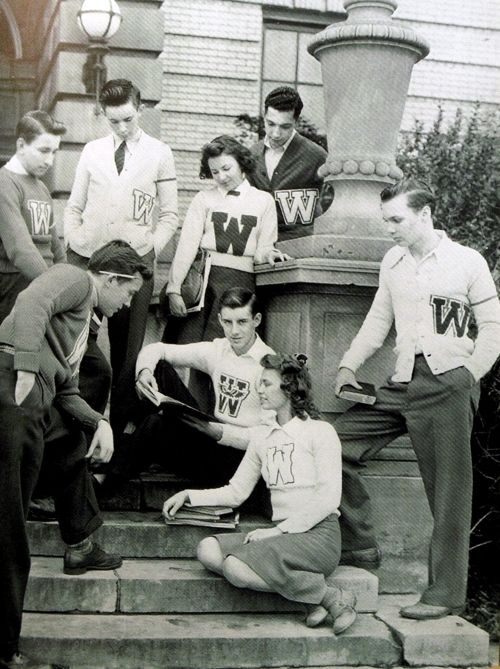