okay, i have a confession to make. actually, it’s not so much of a confession as it is an FYI. so here it goes.

FYI: my abercrombie & fitch sweatpants that i wear nearly every night to bed have developed irreconcilable holes. in the, uh, backside region. and despite the fact that it has become quite drafty back there, i just can’t seem to part with my beloved pantaloons.

i mean, i realize i’m going to have to toss them eventually. because let’s be honest, it’s only a matter of time before it gets, um, a bit draftier back there. but you guys, i can’t bring myself to do it! they are my favoriteist pants ever. and they’ve been with me for the past decade. through late-night ralph’s runs and even later-night snuggle sessions in college, to days of lounging around my very first big girl apartment in thousand oaks and now, days of lounging around my very big girl condo in san diego. they’ve been my pajamas of choice on nearly every trip away (they are seriously well-traveled) -to nashville and san francisco, to chicago and savannah. i think they’ve even been abroad. so i mean, clearly they’re more than just woven-together cotton fibers.

now don’t take this to mean that i don’t have another pair of sweatpants, and instead i’m forced to walk around my house in pants that are literally coming apart at the seams. i actually have a cute pair of navy and white polka dot pants i recently picked up at gap, as well as another pair of abercrombie & fitch sweats i bought extra over-sized a few years ago. but these white ones with the words “abercrombie” written in across the butt in faded red, with a rogue shoelace as their tie, and with, yes, even slight ketchup stains from previously reckless condiment use, these ones that have 10 years of life under their belt (ha, no pun intended), these are the ones i want to wear after a long-hard day. so until the ratio between skin to fabric severely lessens (which wouldn’t take much, folks), i’m going to continue to slip into these sweatpants night after night before bed. because these are the pants that remind me of some of the happiest times of my life. and well, they’re also just so dang comfy.

p.s. don’t worry mom, these pants are reserved to “only when i don’t have company over” occasions. which, let’s be honest, is pretty much everyday. 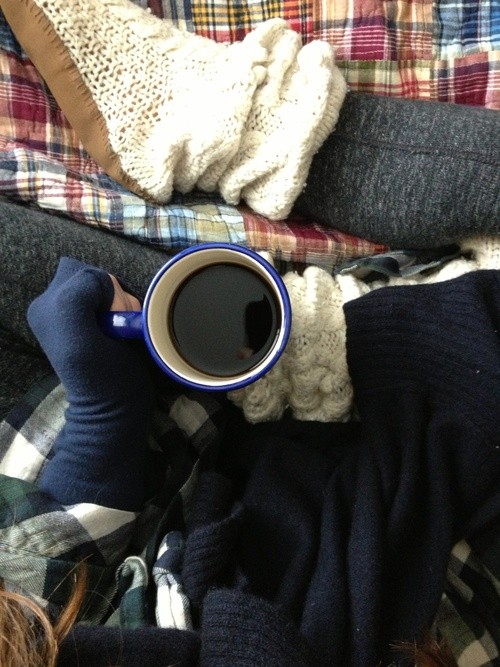