i once had an argument with a gap salesman over who has it better in the fashion realm -men or women. while one may believe that given my gender (female, if that wasn’t clear by the abundance of over-sized flowers and sequins), i would be partial to the female sartorial repertoire, i’ve always kind of been jealous of the boys. their clothes are comfortable, come in cozy fabrics, and don’t get me started on the abundance of plaid-patterns and gingham. i ended up losing the argument to the gap employee when he mentioned the wider color spectrum offered in women’s apparel (he had a point there), but regardless, every time i walk into a j.crew and make a beeline to the array of button-downs and patch-work jackets, i am reminded yet again why i wish dressing like a tomboy was more widely acceptable. at least in the professional realm.

on another note entirely, i have been on the hunt for cozy and comfortable they-won’t-shrink-or-fall-apart-in-the-wash pullovers and hoodies to wear to and from studio barre and/or lazy saturday mornings when i don’t feel like putting on a “real” outfit to run to starbucks. i found one at target but even after one wash it’s doing that thing that some sweatshirts do where they shed little white balls all over your clothing. so basically my lulus look like they have dandruff. ew.

love for men’s clothing + need for good hoodies = shop for hoodies in the men’s section!

and that’s just what i did. having remembered seeing an abundance of cute (can you call men’s clothing “cute?” i’m saying yes) and totally affordable pullover sweatshirts in a rainbow of colors at h&m in seasons past, i recently returned, headed straight to the men’s section, and began trying on sizes. turns out, being the european-based store that it is, h&m cuts its clothing real slim. i’m guessing there aren’t as many meatheads in paris as there are here so you know, less room needed for those muscly biceps. or maybe those 5 lbs weights are really doing a number on my shoulders at studio barre because i reached for the medium, hoping for an over-sized fit and was a little surprised to find that -albeit a tad big in the torso area -it pretty much looked like it was made for my body. so there’s that.

anyway, weird sizing aside, you guys, i think i may have untapped a whole new resource in terms of my loungewear/comfy/cozy/i can totally dress this up if i add an infinity scarf, skinnies and boots, right? wardrobe. and not only that, get ready for the price tag. $12.95. i know. i don’t know the last piece of clothing i purchased for $12.95. i mean, my underwear costs more than that (i see your judging eyes). so let this be a public service announcement as we enter into the cooler months. and by cooler i mean, it’s in the low 60’s as opposed to the low 80’s. if you’re in need of some pullovers or hoodies or just want to make people look at you funny as you’re perusing the men’s department and trying on things over your workout outfit in front of the full-length mirror, head on over to h&m stat.

i got this baby in the pictured wine color and in heather gray. 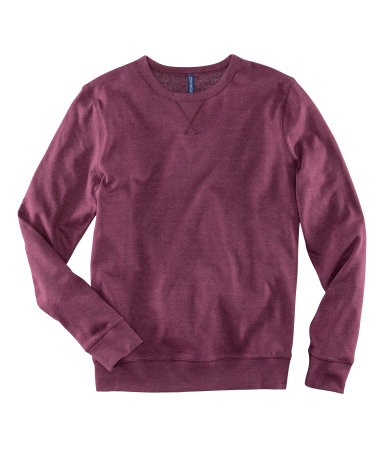 i also bought this stripy number in navy blue & grey stripes. i feel kind of like a rugby player in it but i think i’m okay with it. 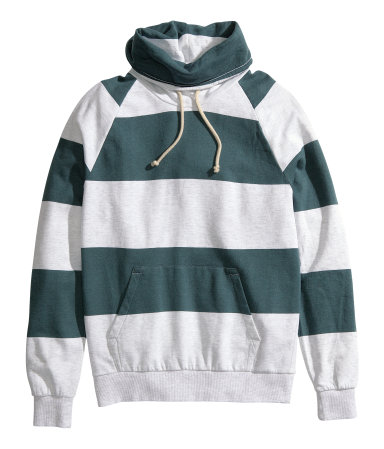 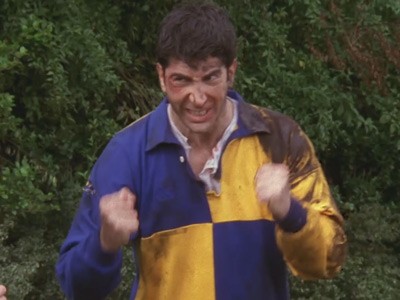