so after my last post on this topic caught some of your attention (looking at you, R), i figured i’d check back in and report on a few more things that i’ve recently bought/tried that i’m slightly obsessed with these days -you know, in case you were looking to could drain your bank account (and really, who isn’t?). just kidding, these purchases didn’t set me back too many benjamins (or lincolns, or jacksons, or washingtons, for that matter). despite my affinity to purchase things that i may or may not realistically need, i always at least attempt to do so with a bargainista mindset. 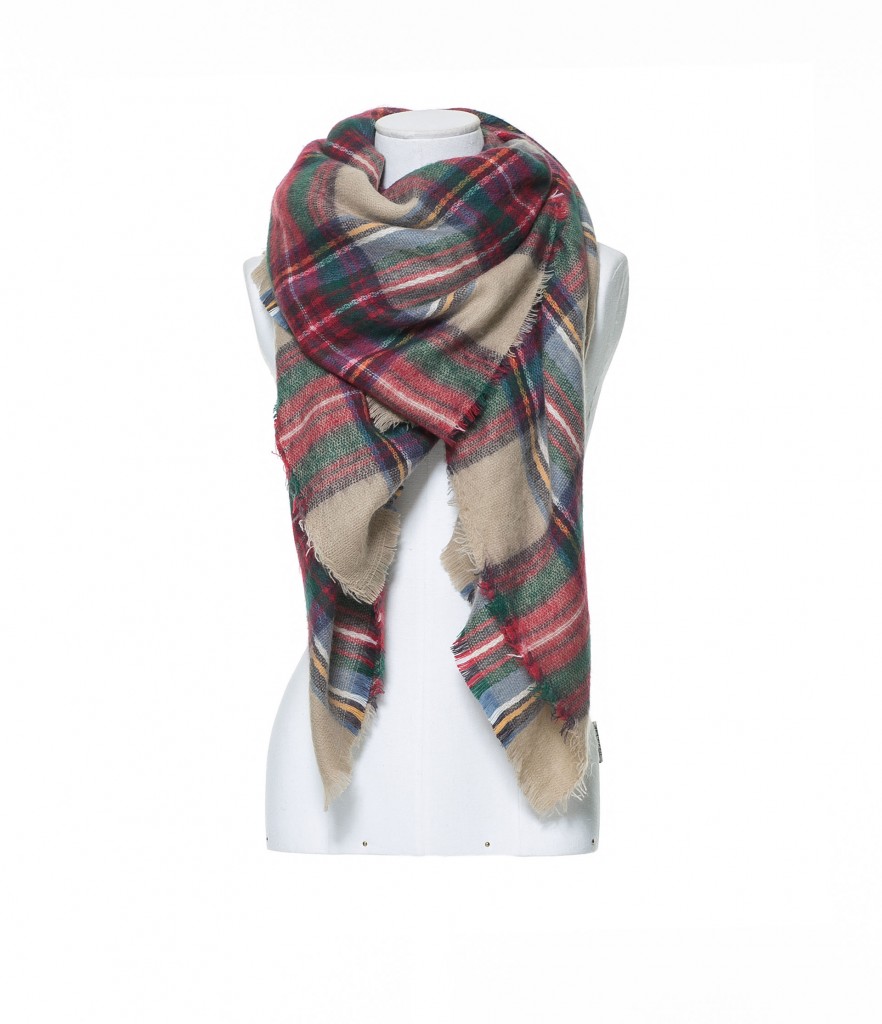 zara’s checked soft scarf in camel. okay so after seeing this gem here, here & here. i was pretty sure i needed it in my wardrobe, and stat. having never ordered something from zara, i was a bit skeptical that it would be just as amazing in person as it appeared on the computer screen. but you guys, it lived up to all of the hype and more. not only is it ridiculously soft (think cashmere soft without the cashmere price tag), but it’s also so over-sized that it takes up most of your torso (in a good way). it’s like a blanket mated with a scarf and this was the beautiful lovechild. does that make it a scarflet or a blankarf? neither of those names are nearly up to “brangelina” quality, but regardless, this plaid piece is a welcomed addition to my fall/winter wardrobe and at $29.90, it’s also a welcomed subtraction from my bank account. 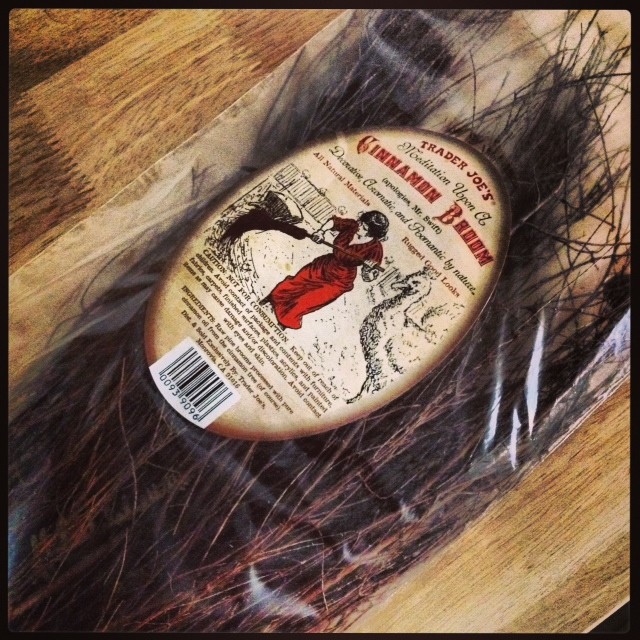 trader joe’s cinnamon broom. now this is the kind of broom i can get behind. in an attempt to get my house smelling less like burnt vegetables and more like the holiday season, i picked up one of these babies on a whim on one of my most recent visits to trader joe’s. it was only $3.99 so even if it ended up losing its smell after a week or so (kind of how big red gum loses its cinnamon flavor after about 2.5 seconds), it wouldn’t be any real love lost. but man has this little broom exceeded my expectations. even in the 20 minutes it took me to transport the broom home did it work its magic, transforming my car into a cinnamon wonderland. so now it sits in the entry way between my dining room and kitchen, emitting the spicy scent throughout my home and (hopefully) masking the scent of singed broccoli.

p.s. a little word to the wise, these brooms tend to be hot little commodities during the holidays, so make sure you scoot on over to tj’s soon before everyone reads this post (obviously) and they sell out. 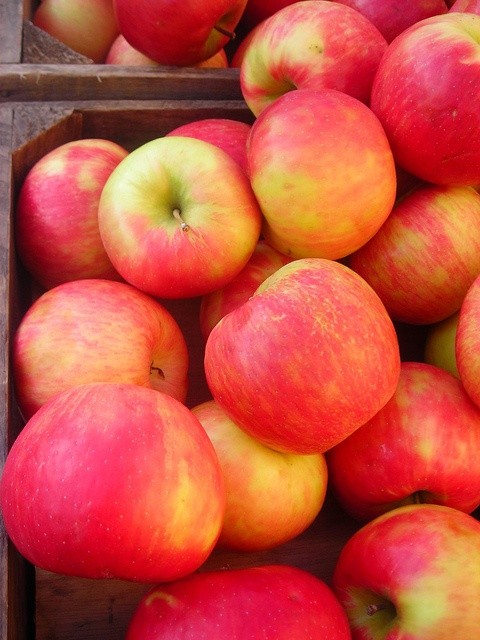 honeycrisp apples. you guys. it’s becoming a problem. i cannot stop eating honeycrisp apples (with a sprinkle of cinnamon, of course). and to those who think that there aren’t major differences between the apple varietals, i’m here to tell you that you’re wrong. i’m a fuji girl through and through, but this time of year, my loyalties shift to honeycrisp. and like the lemming consumer that i am, the fact that they are only here for a limited time makes me want them even more. no joke, i visit sprouts at least two times a week to stock up, just so my crisper is never without an abundance of them. honestly, i’m looking into joining a support group when they disappear from produce shelves in a few weeks. 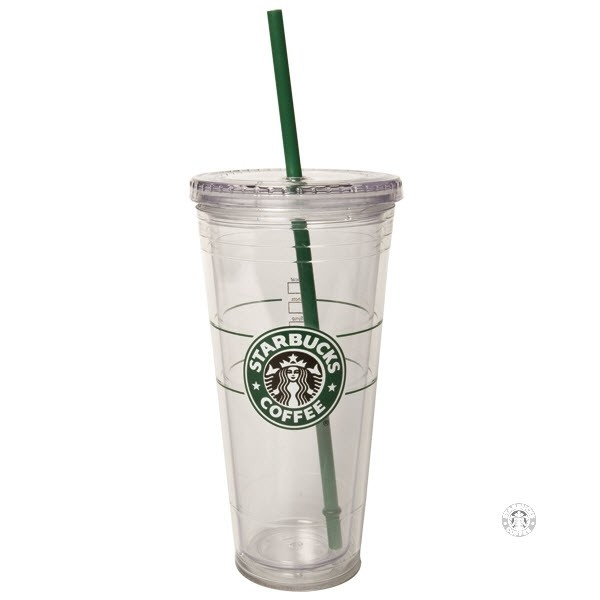 starbucks reusable venti cup. so as you may recall, i had two resolutions this year -publish my book and drink more water. one of those i have seriously dropped the ball on (i suppose i still have a little over a month to make it happen, right?) and the other one i am happy to report i have done a fairy decent job at upholding, thanks for the most part to my trusty reusable starbucks reusable venti cup. after being called out for my incessant consumption of disposable plastic treinta water cups (if it’s any consolation, i always recycled them), it was suggested that perhaps i bite the bullet and shell out the $12 to purchase a reusable water cup from starbuck’s instead. and fine, turns out the suggester of said purchase deserves major props (i hate it when he’s right). i am kind of obsessed with this thing. not only does it make drinking water more fun, it also is pretty great for housing iced coffees and smoothies, too. and if that wasn’t enough, starbucks gives you a $0.10 discount when you bring in your own cup. three cheers for hydration! 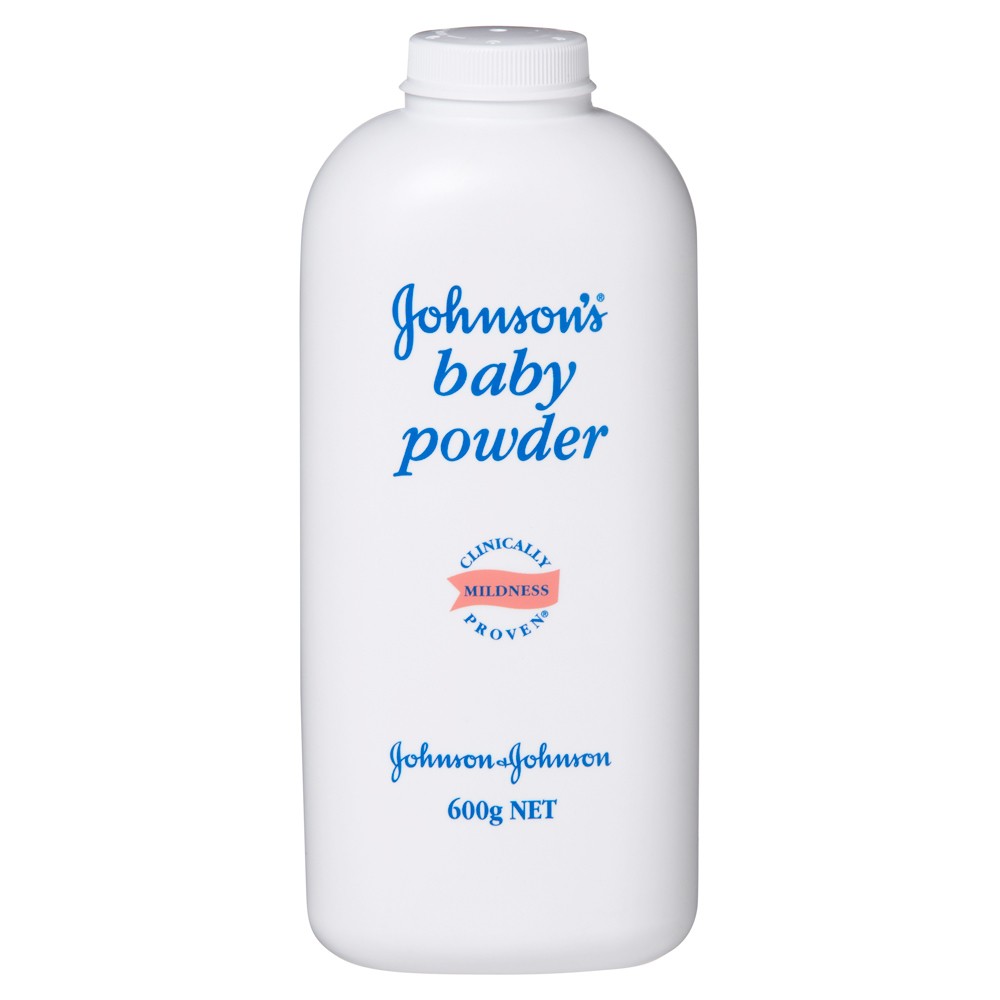 baby powder. yeah, you heard me correctly on that one. despite not having a small human around, i do indeed have an ample supply of baby powder in my bathroom at this present time. let me explain: after trying out many a dry shampoo and still feeling as though my hair was greasy and flat despite copious amounts of teasing (with a comb, not with mean jokes), i asked my hairdresser for an alternative recommendation. her answer? baby powder. she was careful to advise me that it was vital to rub it into your scalp thoroughly to avoid looking like our founding forefathers with their powdered wigs, but she swore by its ability to soak up your hair’s natural oils that make your locks appear greasy after a few days of not washing (turns out, fabsugar is a fan of baby powder, too). so i tried it one evening and aside from smelling like a (clean) diaper, i was extremely happy with the results. now i can make my blow-out last up to five days! and for someone who has a ton of hair and whose blow-out can take a good 30 minutes, this is a game-changer. 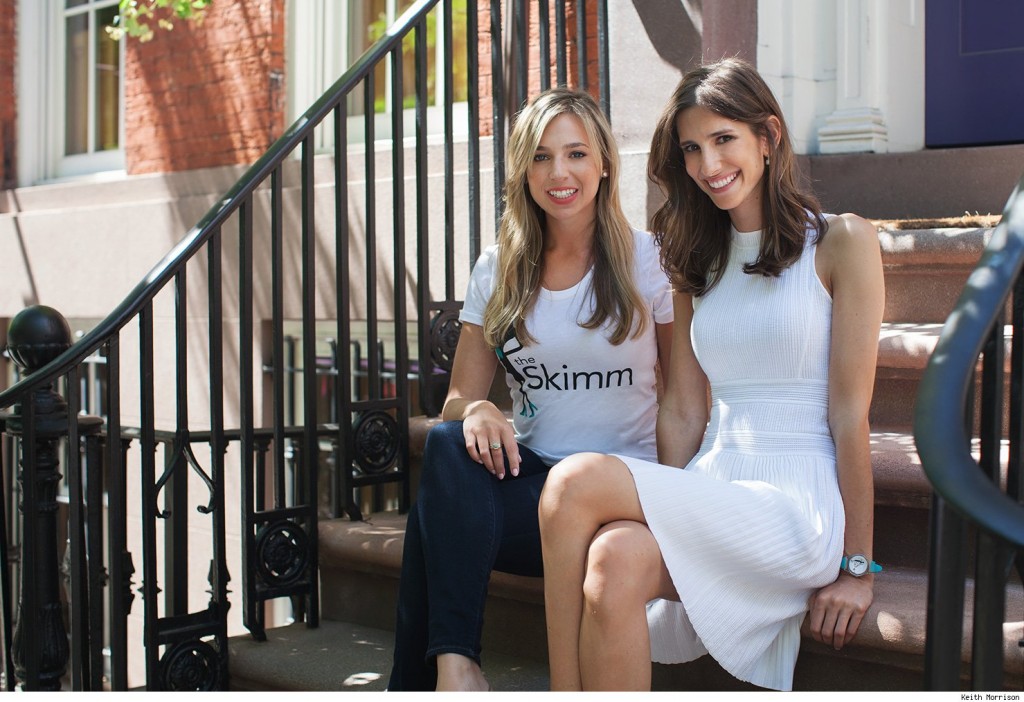 the skimm. shout out to E for turning me onto this one. basically it’s a cliffs notes version of the news delivered to your inbox every morning. it’s written by two witty ladies (pictured above, danielle weisberg is on the left, carly zakin on the right) in nyc and you guys, i already feel like a better american. i’ll be the first to admit that me + current affairs = not the best of friends. i can tell you everything you need to know about the change in casting for the upcoming screen adaptation of fifty shades of grey and what horrific photo kim kardashian instagrammed this week, but when it comes to, you know, actual news, i’m often left googling things in the 11th hour. i know, i know, i’m not proud of how one-sided my knowledge has become, which is why i’m doing something about it. and from the skimm’s use of a friday night lights reference to lead into one of their featured news story summaries in thursday’s email, i knew this particular news outlet was the perfect way for me to ease into the world of current affairs.

and those are the things that have me smitten right now.

but now to you guys, what things are y’all obsessed with these days? is there something amazing out there that i’m totally in the dark about and need to get my booty over to that bandwagon so i can jump on? help a sister out!