i could probably count the number of times i’ve moved in my life on one hand. well, at least the ones that i remember (you don’t recall much before solid foods). for one who isn’t the fondest of packing up all of her belongings and hauling them from point a to b (mostly because clothes, so many clothes), this is probably a good thing.

but the times that i have moved, i have had to go through the process of notifying everyone from my bank to my barre studio of said change in address. if i was really creative, i would have probably sent one of those cute cards in the mail informing the recipient of my new address. like any of these. my personal favorite is the one with the cow that says “i’ve moooo-ved” because i mean, how cute is that?

anyway, what i’m trying to convey is that when you leave your old place and move somewhere new, unless you really don’t like someone and you don’t want them to know where you’re now residing, you let people know, right?

well i think the same practice should apply to employees. employees that you may or may not have befriended on account that you visit their place of employment so often that they know your order by heart and maybe that your middle name is leeann. you know, hypothetically speaking. i think it should be commonplace for trader joe’s to let a sister know when their assistant manager is relocated to the la jolla location. because maybe, just maybe, you enjoy coming in on a sunday afternoon knowing that you’ll get a chance to chat with andy, the friendly father of two who loves showing you photos of his adorable two-year-old son, henry. and maybe, just maybe, you feel a little slighted when you’re the last to know of his transfer.

well the same thing has happened again. this time at jimbo’s. my friend shav (who, as you may recall, is not named shay) has been very much absent from the deli counter for weeks now. actually we might be going on months now that i come to think of it. at first i thought he had just gone home to sri lanka for the holidays. i mean, everyone deserves to be with their family during the christmas season, i get that. but then new year’s happened and by mid-january, right before i left for australia, i began to get the sense that maybe his absence wasn’t just on account of a family vacation.

so now it’s mid-february and there’s still no sign of shav. in case you ever want to casually “bump into me” at jimbo’s, i visit them fairly religiously on saturday afternoons. i’m usually the one still in spandex, hair in a messy bun, sans makeup (actually, you might not even recognize me and well, maybe that’s a good thing). i’ve logged, let’s see, three visits to my beloved health food store chain and have yet to be greeted by the big teddy bear in the hairnet. and i’m pretty sure if i’m holding my breath as to when i might be served up a batch of brussels sprouts from him again, i’m going to be holding my breath for a good long while.

i suppose it’s just as well. people move on. i can’t expect all of my grocery store employees to stay at their respective positions forever. maybe they have bigger dreams and who am i to get in the way of those? but for someone who loves making friends and just enjoys having a familiar face at her neighborhood haunts, i’m kind of sad about this, guys. i didn’t even get a chance to say goodbye!

i guess this just means i have to either stop getting emotionally attached to grocery story employees OR it’s time for me to start making new friends.

let’s be honest, i’m going with the latter.

good luck, shav, wherever you are! 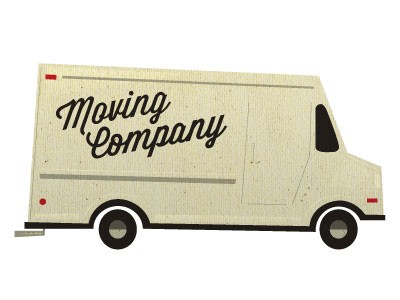