back in my home.

back to work and to my routine.

it feels good to have things back to “normal.”

like the fact that if given enough underwear and a few staple pieces, you can actually come up with a pretty good interim wardrobe.

and that my parents are the best people on the planet. no but seriously.

i learned that the only things that truly matter are the people that fill your house, not the things -at the end of the day, as long as your family is safe, memories can be remade no matter where you hang your hat.

and that it’s amazing who will come out of the woodwork to wish you well in the midst of chaos. like seriously, ex-boyfriends and all.

mostly i just learned to be thankful for the things that even the largest flames cannot jeopardize -my family and friends, my safety and health, and my Savior who governs it all.

despite the change in travel plans, this weekend turned out to be really quite lovely. the heat thankfully subsided enough to actually enjoy being al fresco, just in time for my baby cousin’s 2nd birthday party. i’ve told you time and time again that i hit the family lottery, but seriously, i hit the family lottery. the family i went to visit in central cal last july was all in tow along with a few other favorites -mainly sistah and bubba (who kind of stole the show) i can’t even handle the cuteness in this photo: 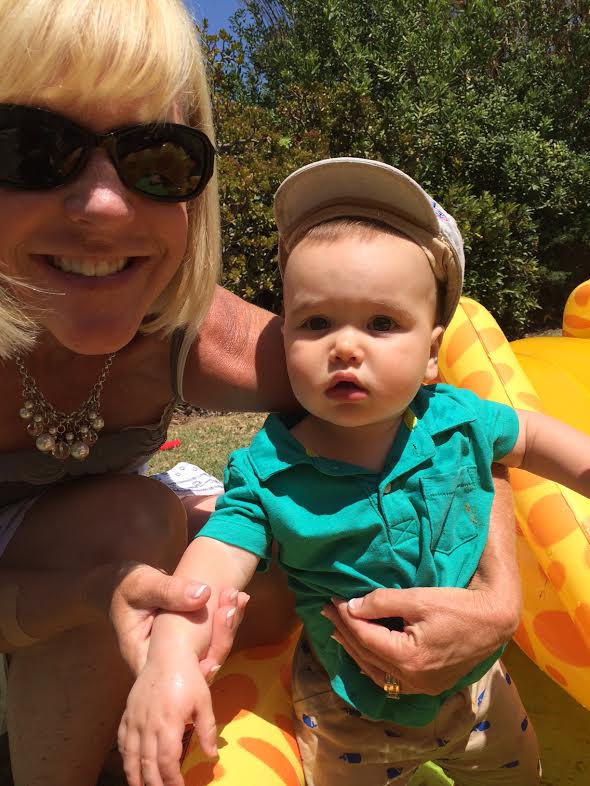 i could just eat him up.

after the party, i took myself out to a movie at the fancy pants theater. never mind the fact that my parents also went, but they were on a double date with their best couple friends, so i pretended like i didn’t know them and sat in a row all by my lonesome. it was kind of awesome. not because i avoided my parents, but because i had never actually gone to the movies by myself, and you guys, i loved it. i could cry in peace over the trailer for the new football movie based on de la salle’s 150-game winning streak, called when the game stands tall, and i didn’t have to fight anyone for an armrest.

[p.s. when the game stands tall (not gonna lie, that is a terrible name for a movie) stars jim caviezel (who you might remember as Jesus in the passion of the christ) as a poor man’s coach eric taylor. it doesn’t come out until august, but duh, i will definitely see it. sports movies get me, every single time. especially ones about high school football.]

speaking of sports movies, that’s what i saw on saturday -disney’s latest feel good/based on a true story flick –million dollar arm starring don draper himself. like i said, i’m a sucker for sports movies in general, but this one was really cool given the fact that it’s based on the real life j.b. bernstein, a talent agent who held an american idol-esque contest in india to find two pitching prospects for life in the major leagues. if you stay through the credits, they even show photos and updates of the real life dinesh patel and rinku singh, the two young men at the center of the story who eventually became america’s first indian professional baseball players. anyway, it’s not winning any academy awards and it actually finished fourth in this weekend’s box office numbers (what do you expect when you’re up against godzilla)? but if you just want a movie that makes your insides smile and some pretty jazzy music to shoulder shimmy to (i was doing just that during the opening and closing credits) i highly recommend million dollar arm. especially when you can watch jon hamm’s handsome mug in the comfort of your reclined seat.

yesterday after church, i finally ventured back to my homestead to see how our community had fared in the wake of the fires. remarkably, it was business as usual. kind of surreal, really, considering how differently things appeared on the tv screen just a mere days before. signs welcoming residents back to their homes and thanking our amazing firemen were scattered across chain link fences and posted on light posts. such a sweet sentiment and a reminder that sometimes small town suburbia ain’t such a bad place to be. i went about my normal sunday routine -stopping at trader joe’s and sprouts for fridge essentials and throwing in a load of laundry before catching up on a week’s worth of dvr recordings. i also took some supplies to a nearby fire station -baby wipes, chapstick, gatorade and tj’s trail mix (because who doesn’t love that?) with a thank you note expressing my sincerest gratitude for their service and sacrifice. then i had a scary thought that perhaps one of the firemen stationed there would be an ex-boyfriend who i’d rather not see, so instead of ringing the doorbell (i don’t honestly think stations have doorbells, but i suppose i could have knocked?), i just put the stuff on the front porch (next to the julian pie that was already placed there) and ran back to my car. and by ran i mean i literally ran because i all of a sudden got really paranoid that i was trespassing or something. i hope they got it before the chocolate covered raisins melted.

and then just like that, we’re back at monday and i woke up with a full closet of clothes at my disposal once again. i didn’t take a photo this morning because after not taking one for the past five days, it was kind of nice not to have to take a bedroom selfie. but if you really must know, i’m wearing this dress because it’s like pajamas and if it wasn’t for that whole being professional thing, i would wear my actual pajamas to work every monday.

anyway, let’s pray this week is a lot less adventurous as last. i mean, i’m all for adding a little spark in my life, just not the kind that ignites brush fire and burns thousands of acres, you know?

countdown to memorial day and a three-day weekend has officially begun.