with not one but TWO fathers to celebrate on their special day, this year’s father’s day was spent splitting the celebrations between san diego and orange county.

so after the obligatory starbucks run at 6 a.m., i flew up the five (and by “flew up” i mean i totally obeyed the speed limit) en route to newport beach to start the morning off by honoring my dear daddio. i had suggested to my step-mom last week that we  make dad a homemade breakfast to commemorate his special day and she had thought that to be a lovely idea.  so she stocked the kitchen with all of the supplies and we got to work when i arrived an hour and a half later. my step-mom manned the sausage station, my sister, the eggs, i cut the fruit and prepared the granola parfaits and my brother, well, he supervised. when all was said and done, our breakfast buffet would have rivaled any five-star restaurant. okay, at least a local diner’s. there were scrambled eggs, sausage patties, toasted english muffins, yogurt, mango, berry & granola parfaits and of course, lots and lots of coffee.

for dessert (because breakfast dessert is a thing, or at least it should be), we sampled my step-mom’s made-from-scratch carrot cake. two things: one -carrot cake is highly underrated and two -cream cheese frosting should just come standard with every meal. she nailed it. 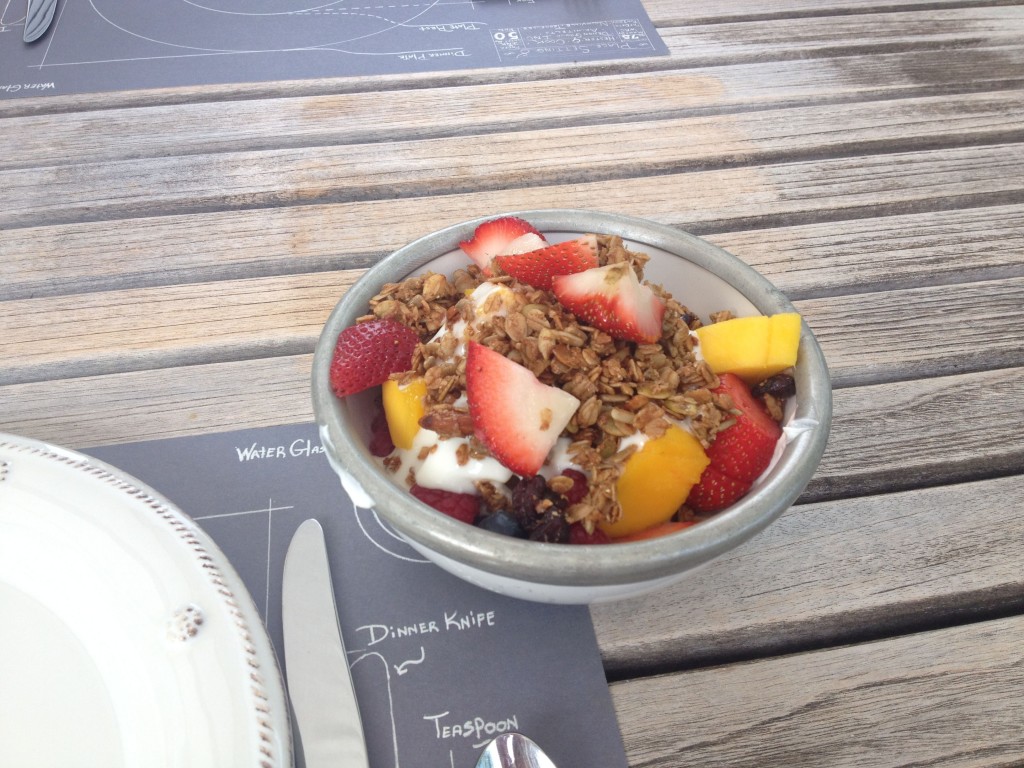 we ate our meals al fresco, sharing stories from our week and watching dad open his cards and gifts. 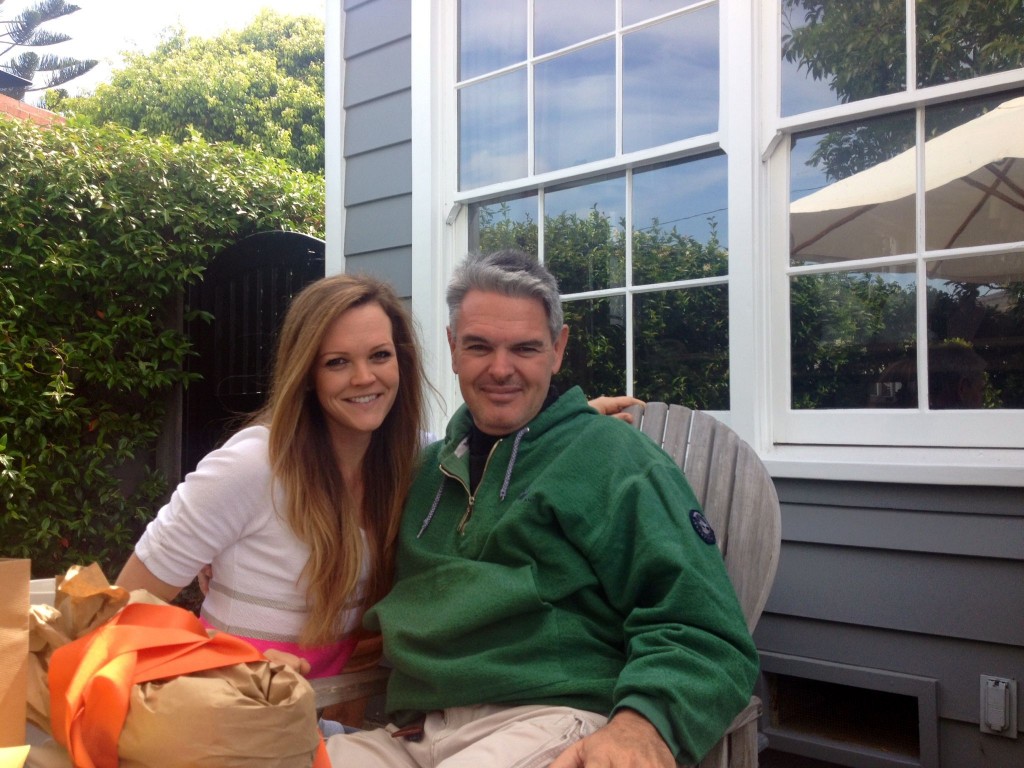 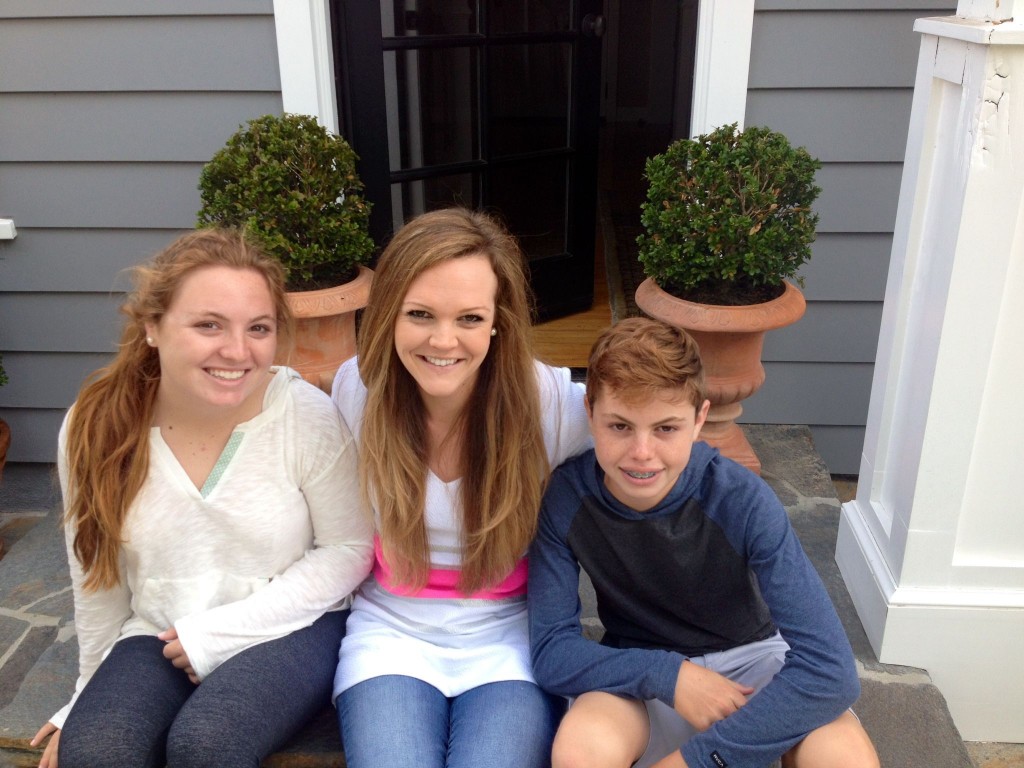 with bellies full of breakfast goodness, we lingered on the back patio, soaking up the day and each other’s company. though i would have loved nothing more than to have spent the rest of the day lounging around the house with my brother and sister, i knew i should get back on the road before southbound traffic became unbearable. so i stole a few more squeezes and kisses on the cheek before saying my goodbyes and hitting the highway.

the second half of father’s day was spent honoring my sweet toppie. we kicked-off his celebrations at the fancy pants theater with the action-packed film edge of tomorrow starring tom cruise and emily blunt. considering the fact that last weekend’s flick had me boo-hooing my eyes out, i was looking forward to leaving the kleenex at home this time. basic premise? it’s like early edition (do you remember that show with kyle chandler where he got the newspaper headlines a day early?) meets groundhog day meets most big summer blockbusters with a zillion dollar special effects budget. these are the kinds of movies where tom cruise is all bad-ass and charming that i all but forget he’s actually cray cray. but then the credits roll and i remember again. cruise’s psyche aside, it was an entertaining movie and the perfect flick to see on a day dedicated to dad.

when we returned home, we did a very father’s day like thing to do-we watched the conclusion of the 2014 u.s. open at pinehurst where german martin kraymer clinched the title after a ridiculously impressive final round at nine under par (an eight-shot victory over fowler and compton who tied for second place). see all of these years working at a golf course almost makes me sound like i know what i’m talking about. in other news, rickie fowler is a babe.

we finished off the evening at ki’s in cardiff -one of our family’s favorite restaurants and one where we’ve spent many a special occasion. we toasted toppie and watched the sun go down over the horizon line as we feasted on organic fare. 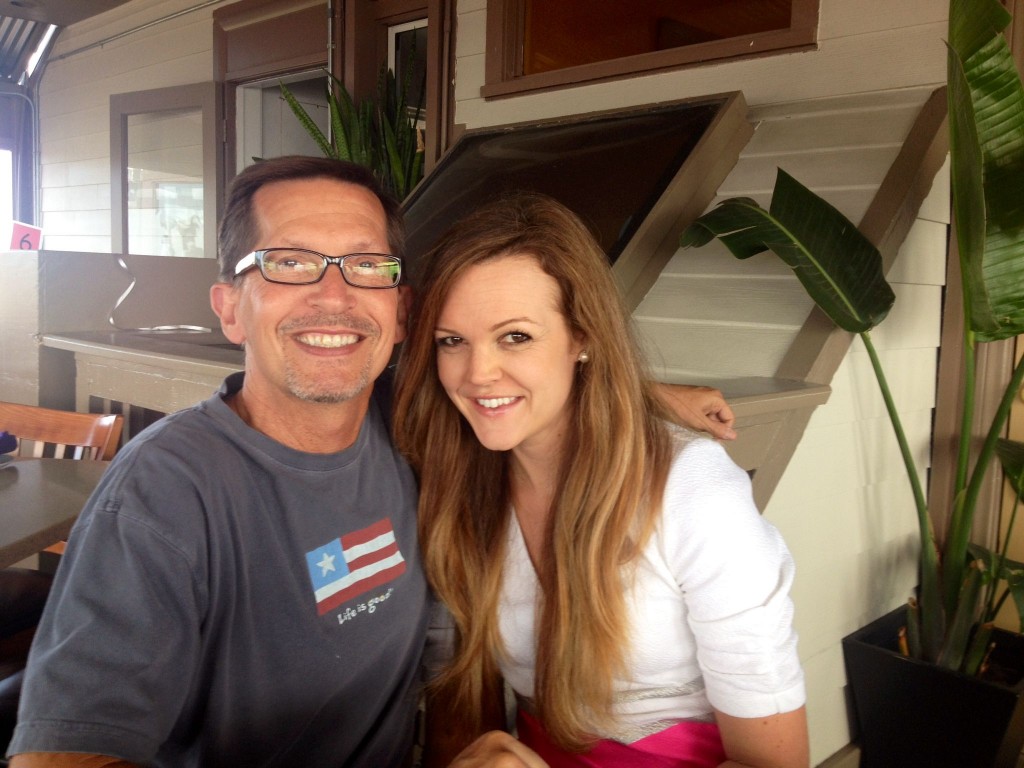 all in all it was the perfect sunday and more importantly, the perfect father’s day celebrating two men who have influenced my life in a multitude of ways. i consider myself incredibly blessed to have two dads who love and care for me as much as they do.