oh hey last weekend of september. in the words of rachel zoe, this is bananas. i can’t believe october 1st is next wednesday! while i can’t say we’re doing anything particularly exciting this weekend to say so-long to september, a weekend that does include a blow-out, a trip to the carlsbad outlets, and gluten-free pizza doesn’t seem to shabby to me!

other things that aren’t too shabby? the six things i’m in love with this week, so enjoy!

one || time to pony up. aside from the occasional color-change, i’m not very adventurous when it comes to my hair. let’s be real, it might as well be front page news when i wear it in a ponytail. but lately i’ve been inspired to move outside of my “wear it down and slightly wavy” box. my current go-to? the side braid. or as one of my co-workers calls it, “the elsa.”  it’s certainly nothing fancy, but does the trick of making me feel a bit more dressed up on those days when the last thing i want to do is re-wash and blow dry my hair. in researching ways to give a little “oomph” to said side braid style, i stumbled upon this bohemian side braid festival hair tutorial. and while i have significantly less hair than the featured model, i think with enough dry shampoo and a teasing comb, my attempts at recreation would not be completely in vain. so i’m adding it onto my list of things to try this fall season. along with this vma-inspired ponytail and this boho bun. 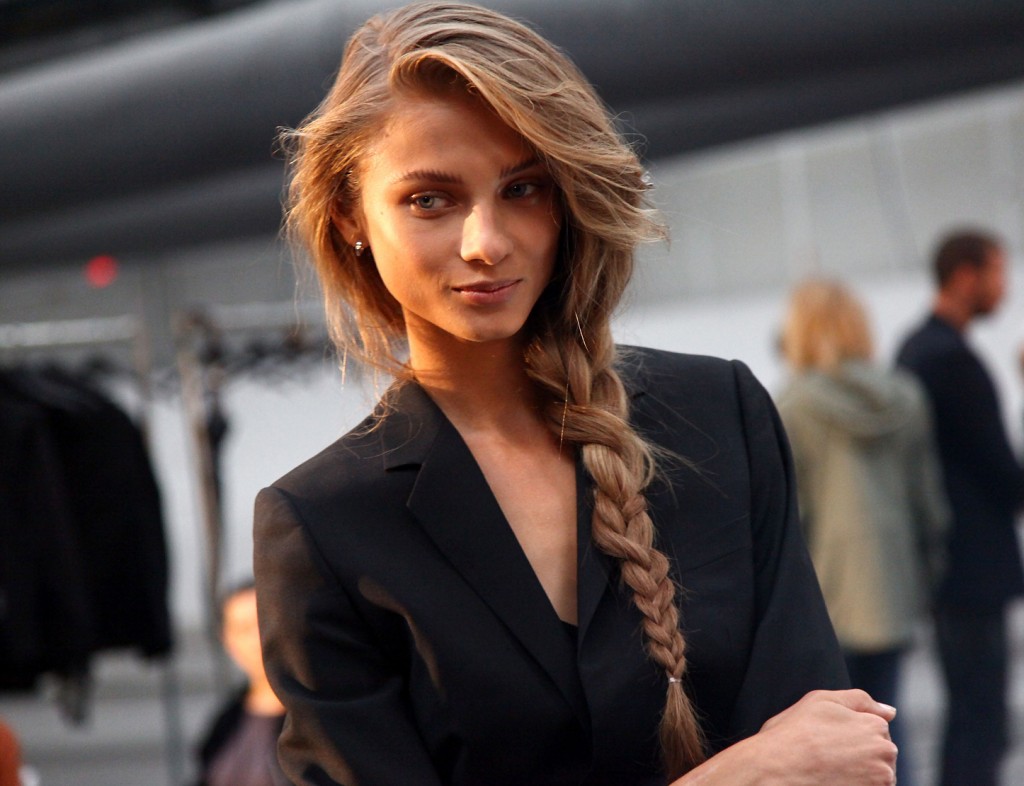 two || (not) getting your feet wet.  as we re-enter the boot-appropriate time of year, i also re-open an ongoing internal debate: to hunter or not to hunter. hunter rain boot that is. will this be the year i take the plunge? i mean, considering the fact that we’re in the middle of a drought in san diego, a pair of $100+ rain boots seems a little superfluous, but they look so cute with skinny jeans (and that’s how i justify most of my footwear purchases). anyway, having always heard of target’s vast selection of comparable rain boots, i typed “wellies” into their search engine and tempted fate. bam. there they were, hunter doppelgangers in a variety of fun colors and for a fraction of the cost. i ordered the mint ones and when they arrived, they were even cuter than they had first appeared on the computer screen. not only are they well-made, they are even lined with a black and white striped fabric. i’m not sure if i’ll be stomping through rain puddles any time soon, but if i have the opportunity, my pant legs will definitely be splash-free in my new boots. 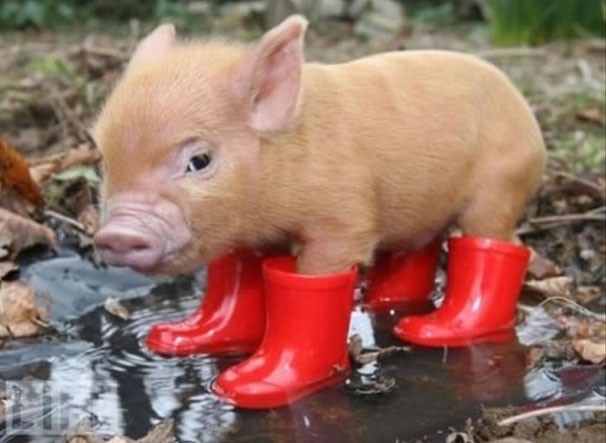 three || an apple a day. shawna happy. especially if said apple is a honeycrisp, which i discovered this past weekend while at sprouts, is BACK for public consumption. [cue happy dance]. don’t get me wrong, i’m a fan of most apple varieties (except for red delicious, ew), but if i had to pick a favorite, honeycrisp would get top honors, no questions asked. so to honor the return of its red and yellow glory, i think i might swing by trader joe’s to pick me up a couple (pounds). because in addition to being delicious on their own, they make great scoopers in the almond butter jar. 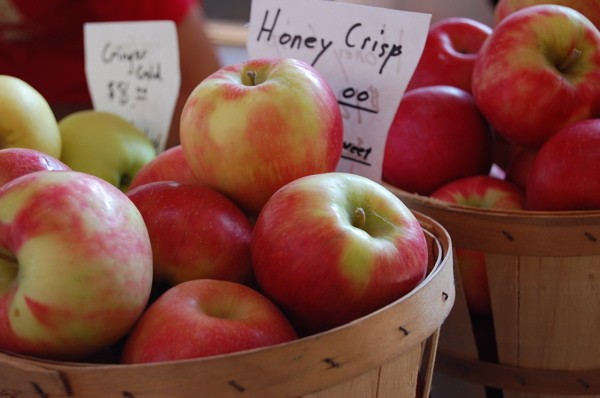 four || don’t stop, move it, move it. a while back, my parents gifted me two blue love seats. without a clear vision of what to do with them, i left them in the already well-furnished family/tv/dining room. because it’s always important to have enough seating for 10 when you live alone and never throw dinner parties… ANYWAY, resisting every inclination to yell “PIVOT” while doing so, on a whim, S and i recently moved one of said couches into the office. the benefits of the couch relocation proved to be two-fold -one, the office feels more “complete” with the added piece of furniture and two, the living room is totally more spacious and inviting. looks like all of our hours of watching HGTV are finally paying off. in fact, one couch move and i’m all but ready to rearrange the entire house. who do i think i am? joanna gaines? (p.s. seriously though, how great was that episode of friends?). 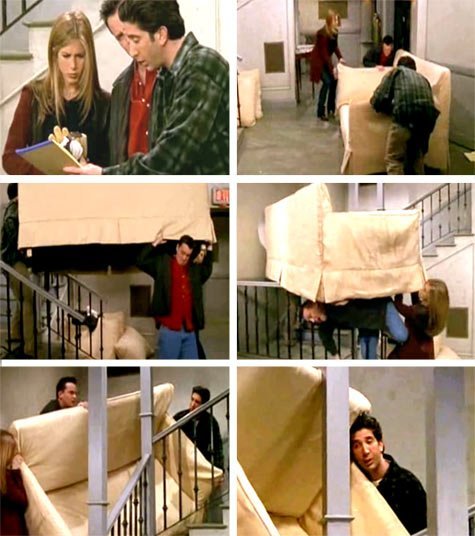 five || farm to (side) table. on tuesday night, S showed up to my house with an old-fashioned silver milk jug. proving that one, there really isn’t anything you can’t find on the internet (craigslist, ftw), two, who needs flowers when you can be greeted with former milk receptacles?, and three, S is really good at coming up with ideas for unconventional side tables (and he’s just really good at life in general). now that the office is nearly finished, we’ve focused our efforts on furnishing my little outdoor patio that extends just beyond my office window. so in addition to the the (plastic) adirondack chairs that are currently en route to our local ace hardware store, and the pallet coffee table S is in the process of constructing from the wood pallet we snagged off craigslist, S was inspired by this blog tutorial to create an additional piece. so now with the jug in hand, all we need is the round piece of wood for the top (and some sort of adhesive to bind the two together). unlike the photo on the blog however, we plan on leaving the jug in its natural silver color for a more rustic feel. “after” photos to come, obviously. moo. 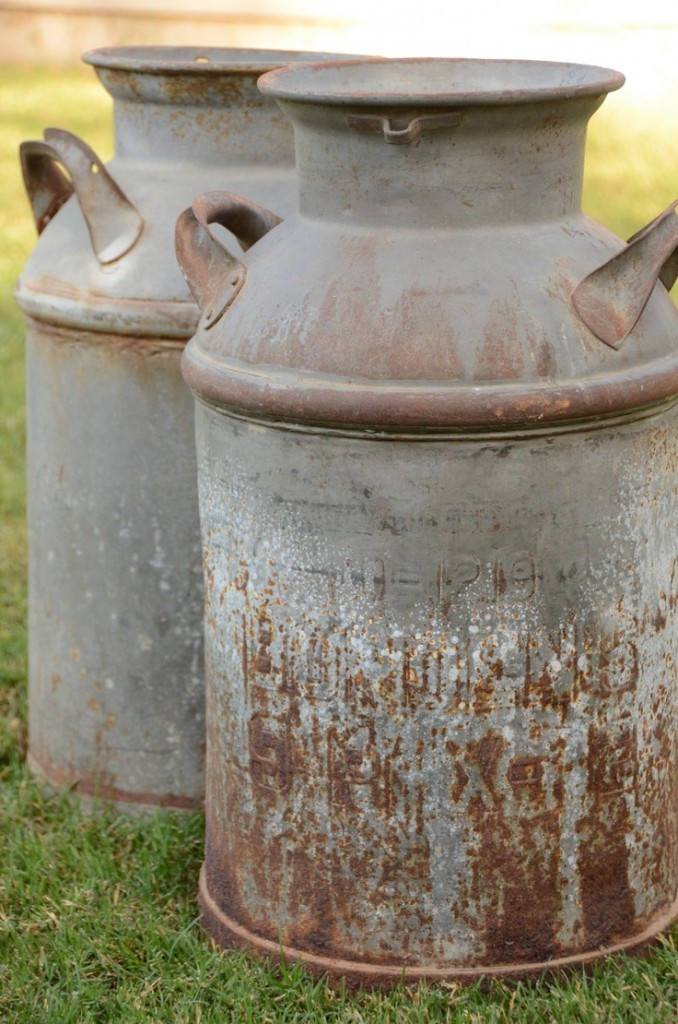 six || 5, 6, 7, 8. finally, i can’t believe i’m saying this, but it’s that time again… time for new studio barre choreography! you’re so excited about it you haven’t been able to sleep either, have you? but on a less sarcastic note, guys, it’s kind of crazy to think that it has already been a full quarter. furthermore, it’s even more nuts that i’ve been a paid teacher for nearly that entire time, too! it seems like just yesterday i was nervously strapping on the britney mic for the first time. and while i’m still far from being the perfect instructor, my confidence in my ability to create a fun environment while still kicking my clients’ booties has grown exponentially. over the course of these last three months i’ve learned that a good playlist is everything, smiling at clients is more endearing than it is creepy (keep the winks to a minimum), and self-deprecating humor and/or talking about food will always earn you at least a chuckle or two. but perhaps the most important thing that i’ve gleaned since july is that in the right situations, risks are rewarded. the Lord has blessed my leap of faith in ways i couldn’t imagine. and i just feel really lucky to get paid to do something i truly love to do. 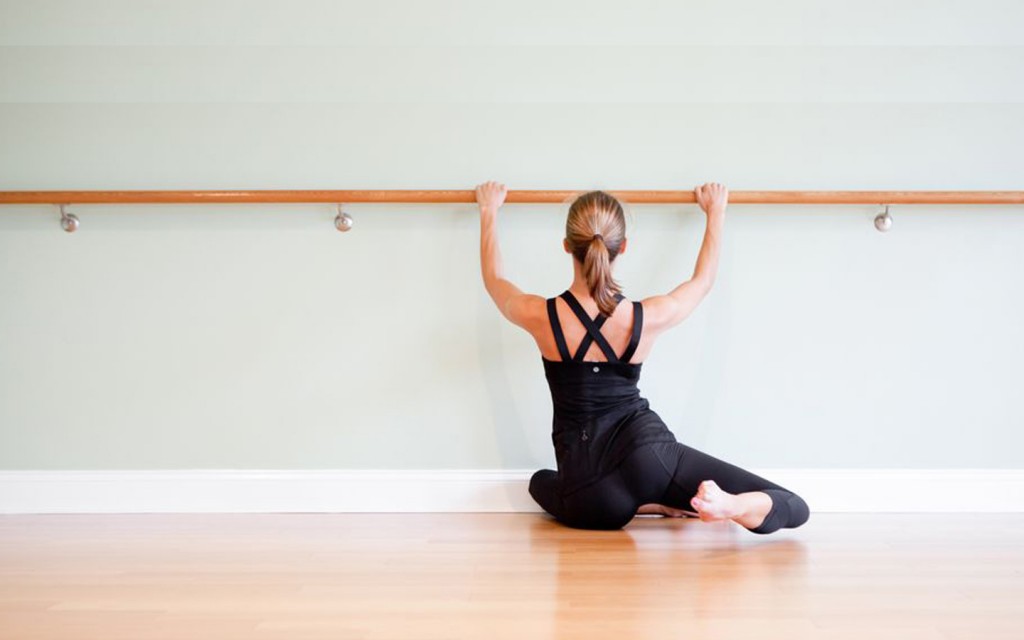 so on that note, have a wonderful weekend, you guys. do something fall-like, won’t you?

image via not without salt