as you’re reading this, i’m on a plane (similarly sung to “i’m on a boat“). where am i headed you ask? my home away from home, nashville, tennessee! after i cancelled my trip last may (due to that whole firestorm we had in san diego), i luckily was able to reschedule in the fall. and what do you know, it’s finally fall! even right down to the weather forecast which calls for sunny skies, highs in the 70’s during the day and lows in the upper 40’s at night –aka quality boot/sweater-wearing weather. but all things sartorial aside (my suitcase has never looked so pretty), the best thing about flying to nash is that means i get to spend four whole days with B!

so happy weekending, from my pair of cowboy boots to yours.

one || hot ‘n cold. so among the other treats he brought back from the islands (chocolate covered AND wasabi macadamia nuts and two flavors of coffee), S bestowed upon me the gift of ample hydration. in the form of a 40 oz. bright pink (the best) hydro flask. what’s a hydro flask, you ask? well it’s basically a contraption that keeps cold drinks cold and hot drinks hot all day long. using double-wall vacuum insulation technology, it claims to maintain an icy beverage amidst sweltering heat, and conversely, a piping hot libation in the bitter cold. apparently they are all the rage in hawaii (after hearing S talk about how they were sold out at a number of local stores, i likened them to the beanie babies of the water bottle world), so not only will this enhance my h2o intake, but now the next time i take a hawaiian vacation, i’ll basically be mistaken for a local. i should probably get a spray tan first. 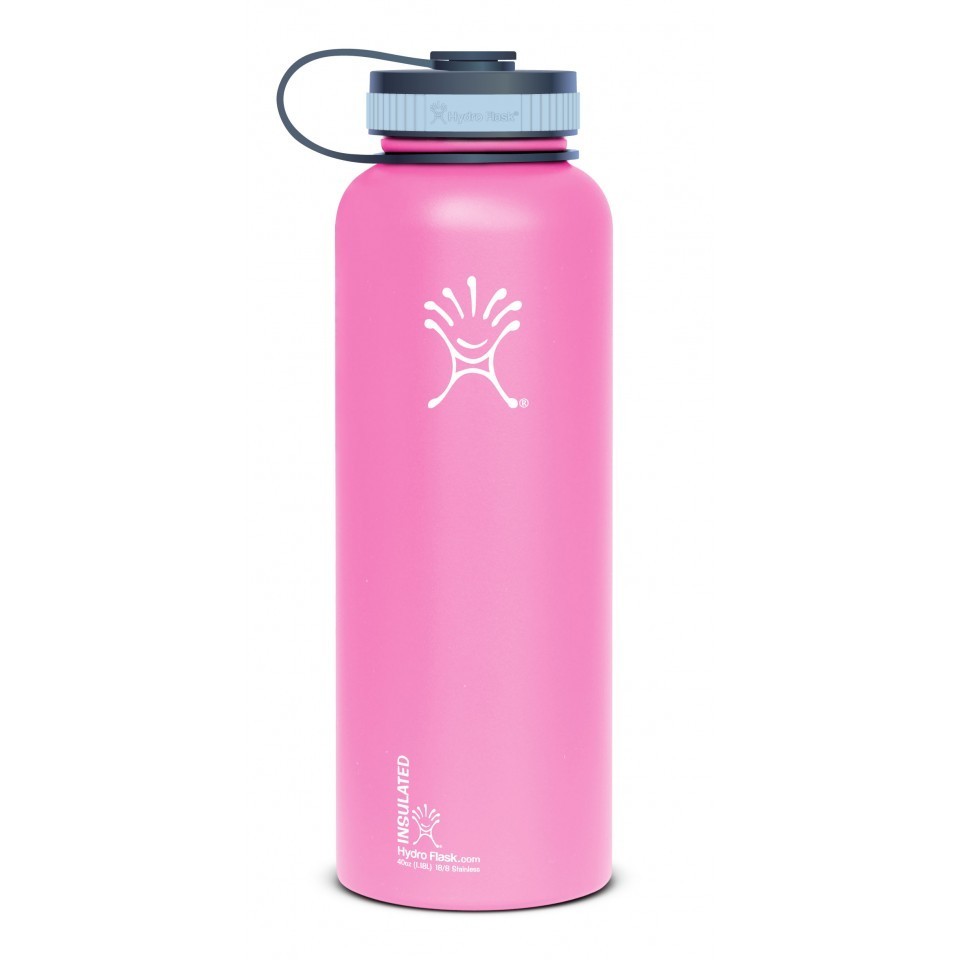 two || please pack your knives and go. if in some weird alternate universe i was only allotted one reality tv show to tune into for the rest of my life, it would be a very close call between project runway and bravo’s emmy-award winning top chef. luckily, i don’t have to choose between the two because a) we don’t live in an alternate universe (THANK GOODNESS) and b) in a perfect circle of life moment (cue lion king), just as we are on the verge of saying “aufedersein” to tim, heidi, zac, and nina, tom, padma, and the rest of the gang just kicked off season 12 on wednesday, this time stationed in boston, mass. another crop of eager cheftestants have arrived to compete for the $100,000 prize and the title of top chef. and from the premiere alone, it’s easy to see that even after a dozen seasons, there’s never a shortage of drama in the kitchen. there’s also never a shortage of egos, sleeve tattoos, and hipster glasses -the best pair of glasses being worn of course by this year’s newest addition to judge’s table, top chef all stars winner and (aside from S of course), the object of my chef affections, mr. richard blais. so here’s to another season of spoon pushes, foams, and people being eliminated over making dessert. hands up, utensils down! top chef airs wednesdays on bravo at 10 p.m./9 p.m. central.

three || scarf weather? why knot. so in packing for this weekend’s trip, i made sure to check the weather report for a better inclination as to what types of clothing/footwear i should cart along. because there’s nothing worse than getting to a location and realizing that you’re ensembley ill-prepared. according to the forecast, on average it’s supposed to be a perfect warm-but-not-too-hot 70-degrees during the day, and a chilly 48-degrees once the sun goes down. which basically just translated to me proceeding to pull out all of my favorite sweaters and skinny jeans and bring my steve madden ‘intyce’ boots out from hibernation and of course -perhaps my favorite part of any fall outfit –scarves. particularly this one that broke the internet last fall.  it’s so oversized it all but swallows my neck whole, but my goodness is it soft and cozy and the pattern is plaid perfection. so in other words, do you really have to ask if i packed it? 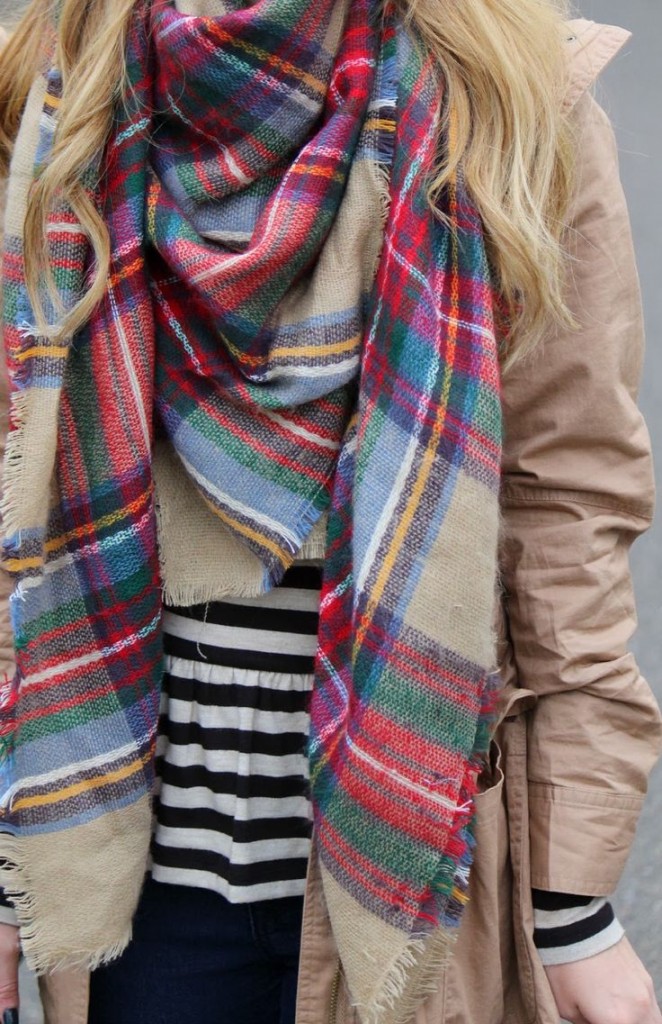 four || that’s punny. while i’ve been a loyal iphone user since 2008, i have to hand it to samsung in their latest commercial for their new galaxy note 4 phone. it pins two guys against each other in a head-to-head pun competition -cleverly incorporating the word “note” into everything. right down to their order at their local coffee house –“i’ll have a cappuccinote.” seeing as i’m still rocking the 4S, clearly phone upgrades (or a complete transfer of carriers) are lost on me, but let me giggle at a four-minute-long punathon? sign me up.

five || all fall down. having finished my last book on my trip to austin, i had nothing in the queue for my upcoming eight-ish hours of air travel. let’s be honest, the only time i ever read anything other than choreography notecards is when sequestered in a tin box in the sky. so i turned to my trusty running iphone note of “must reads” and decided that it was time to give jennifer weiner’s latest best-seller all fall down a turn on the nook.  from the reviews (and personal recommendation from E), i think i’m in for another suspenseful literary journey -reminiscent of the nail-biting moments i encountered in the husband’s secret and gone girl (which conveniently enough are both related recommendations on amazon). and after tales of family dysfunction in this is where i leave you and the vacationers, i think i’m ready for something a bit more law & order: svu-esque. 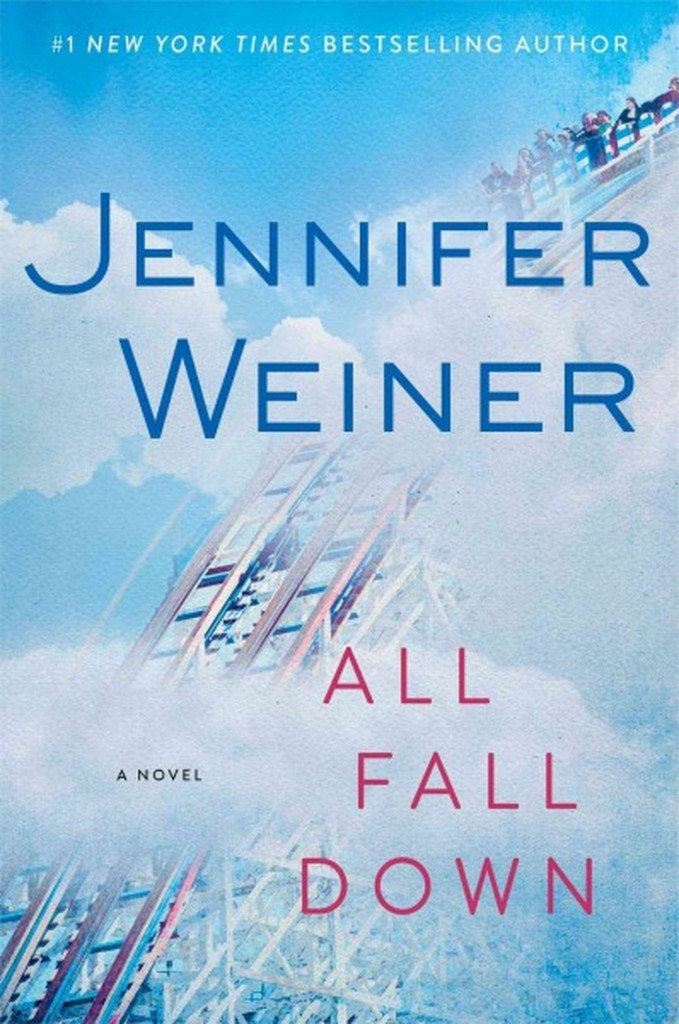 six || going out with my boots on. as i mentioned above, i’m off to nashville this weekend to get my fill of BBQ, fall foliage, and quality time with B. it’s been nearly a year since i touched down at BNA international, so while i’m certainly sad to leave S just four days after he himself got back from a week away, i am really looking forward to a quick southern getaway. and also as i mentioned before, some REAL authentic autumn business. 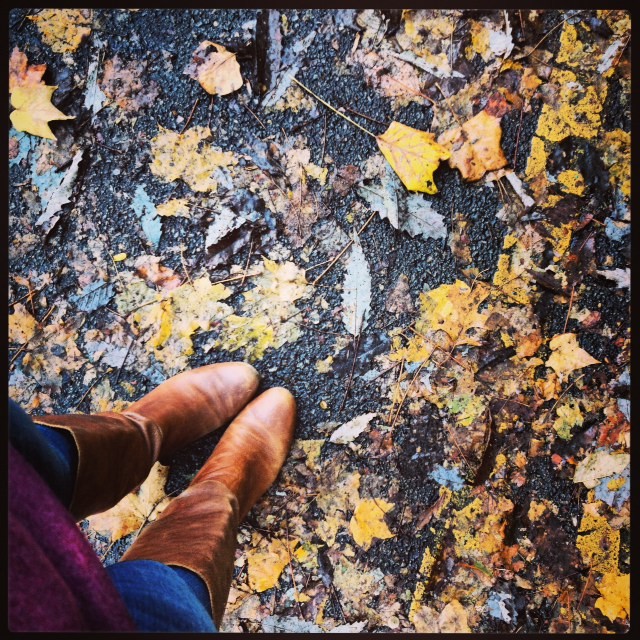