ready, set, weekend! i can’t help but feel as though i get more and more excited about the weekend these days. maybe it’s the fact that my weekdays are so busy with work and class and miscellaneous errands that i can’t wait to have forty-eight hours of free time to sit and breathe and watch my dvr’ed episodes of top chef and project runway: all stars. or maybe it means i get to see my boyfriend for more than a few hours as we’re inhaling dinner and discussing who should go home on the latest episode of chopped.  either way, as far as i’m concerned, weekends are the new black.

one || turkey on my mind. you guys, the countdown to my favorite holiday has begun. we are officially t-minus 20 days away from turkey day and my mouth is already watering in anticipation of being reunited with my besties: stuffing, sweet potato casserole, cranberry sauce, and of course, pie. while i’m saving revealing my official thanksgiving day plans for another post, i will say that S and i have already begun planning thanksgiving part deux: the team S edition. every year, the Club generously gifts each employee a turkey of our own. and nearly every year my parents and i scratch our heads trying to come up with a viable use for it (they always insist on ordering a larger bird for thanksgiving because a larger bird = more leftovers). last year, i simply gifted mine to another employee whose family size could definitely benefit from having twin turkeys. but in mentioning the club’s tradition to S this year, he suggested that perhaps we hold our own thanksgiving at another time. and this got me very excited. perhaps only second to online shopping is my affinity for browsing food blogs for future recipes. so while S plans on utilizing an alton brown methodology for roasting the turkey, i’ve been tasked with finding recipes for the perfect accompaniments. challenge accepted. 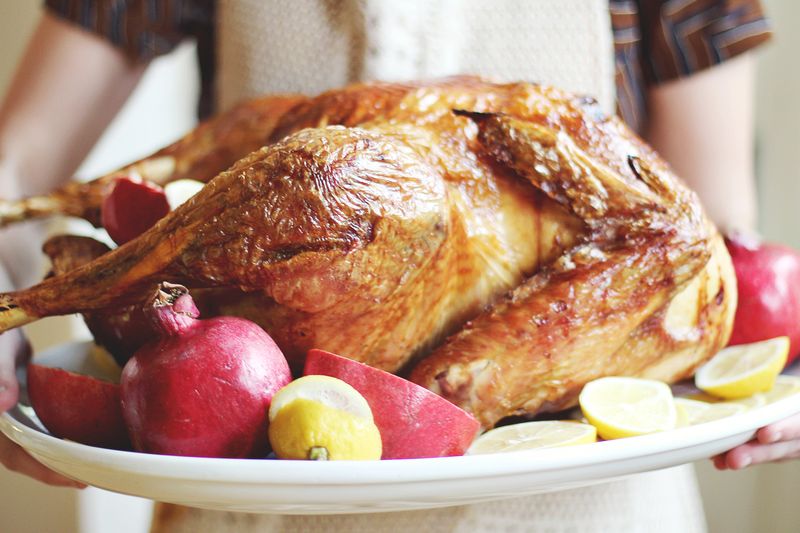 image via: a beautiful mess.

two || squashplosion. following our adventures in julian, S and i tag-teamed in the kitchen to prepare a sunday supper. while he mastered the art of a steak-cooking in a cast iron skillet, i roasted off some veggies and got to work on a spaghetti squash. while most methods call for roasting said gourd in the oven for some 25-30 minutes, i tend to err on the side of efficiency. judge all you want, but my preferred means of cooking squash is stabbing it with a fork like a potato, throwing it in the microwave, and blasting it for 12 minutes, stopping every three to rotate. having never prepared spaghetti squash, let alone eaten it, S was fascinated by my methods. he stood in the kitchen watching the microwave like a kid mesmerized by the tv. i had just gotten finished explaining what i would do with the squash once it had cooked for the prescribed amount of time when we heard a loud “POP”! and that’s when we experienced the great squashplosion of 2014. the spaghetti squash literally exploded from the heat. we couldn’t help but immediately bust into hysterics. welp, that was one way to scoop out the insides, i suppose. the exposed meat helped S understand how the vegetable got its name -the guts really do resemble spaghetti noodles. unfortunately for him, they don’t exactly taste like them. he was a good sport and finished the baby portion i placed on his plate, but i don’t think i’ll be fooling him into thinking we’re having an “italian night” any time soon. 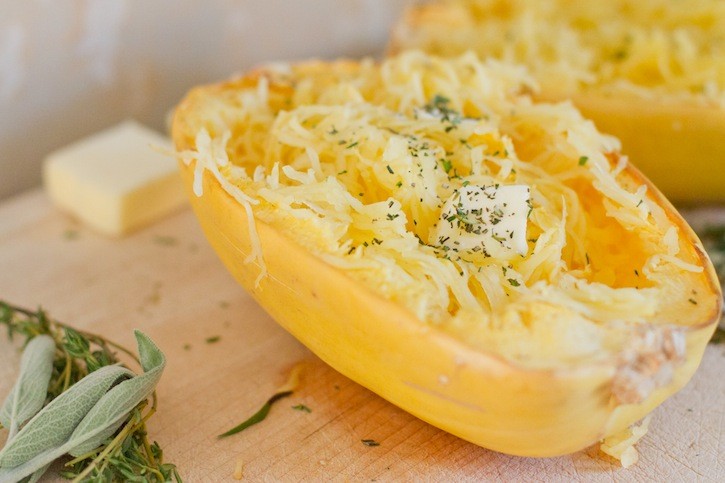 three || yes, please. i mean, it just makes sense that if i loved tina fey’s bossypants, and mindy kaling’s is everyone hanging out without me and other concerns, i would love amy poehler’s yes, please, right? well we’ll soon find out at least. after seeing it on my friend’s must-read list and hearing its praises thrown about the internet for the past week (it was released last tuesday), i have purchased a digital copy for my nook and plan on diving into poehler’s sassy goodness over the course of the next few weeks.

four || more picasso than da vinci. last weekend, my parents hosted S and me to a home-cooked meal and a fierce board game battle. we dined on a feast of barbecued chicken breasts (or pterodactyls as S coined them -they were huge), roasted veggies, and my momma’s famous roasted red potatoes. after our dinners had settled, we cleared the dining table for a double dose of competition -starting with a family staple –scattergories (in which i took top honors), and finishing the evening with a team S vs. team P (for parents) pictionary showdown. despite the controversy regarding my drawing of a birdlike creature -S guessed penguin (the correct answer) while toppie remained convinced it was a toucan, S and i reigned supreme. a dream team in every arena, apparently. competition aside, it was pretty special to have some of my all-time favorite humans interacting in the same room. and after our time together, my parents corroborated what i’ve already come to know as fact –that S really is the best (but really, they sent me the thumbs-up emoji in a text message at the end of the night). 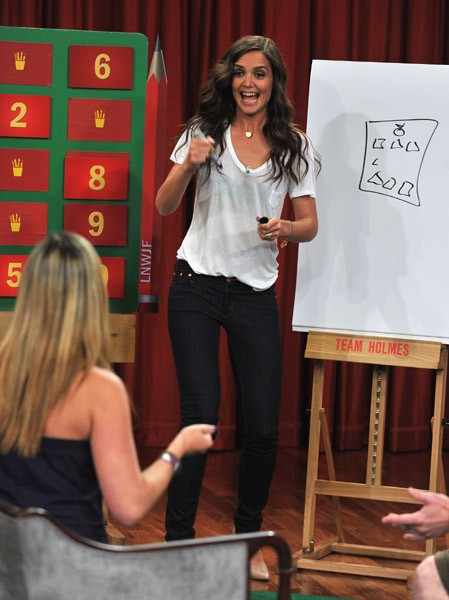 five || feelings aren’t facts. i’ve had a girl crush on kendi skeen for years. in fact, you can say it was love at first sight when i stumbled across her blog in 2011 and then proceeded to write her a creepy email about how obsessed with her i was. luckily she found it endearing and i avoided a restraining order (#phew). hers is probably one of the only fashion blogs i tune into every single day. not entirely just for the fashion, but for her wit, sass, and at times, raw vulnerability. you see, after their first store closed earlier this year, she and her husband recently opened their second clothing boutique in mckinney, texas. on tuesday, she posted the story of how west & lou came to be. and while i’ve never opened a clothing store, some of the lessons she discussed in her tale spoke volumes in my own life.

There is a calmness to doing something again; a comfort in failure is being able to do it again with less mistakes, or at the very least different mistakes. What I wanted to do after Bloom closed was crawl under a rock and pretend that Bloom never happened. That I could move on past what I considered my failure. But really what happened was not failure at all, it was life. It was a curveball that was thrown my way. I say all of this to you and perhaps myself at age 25: not everything will turn out exactly as you plan it to be — but that doesn’t mean you shouldn’t give everything you have to make it happen. I won’t lie — it all hurt. But hurt goes away. (Feelings are not facts — that is my mantra most days.) 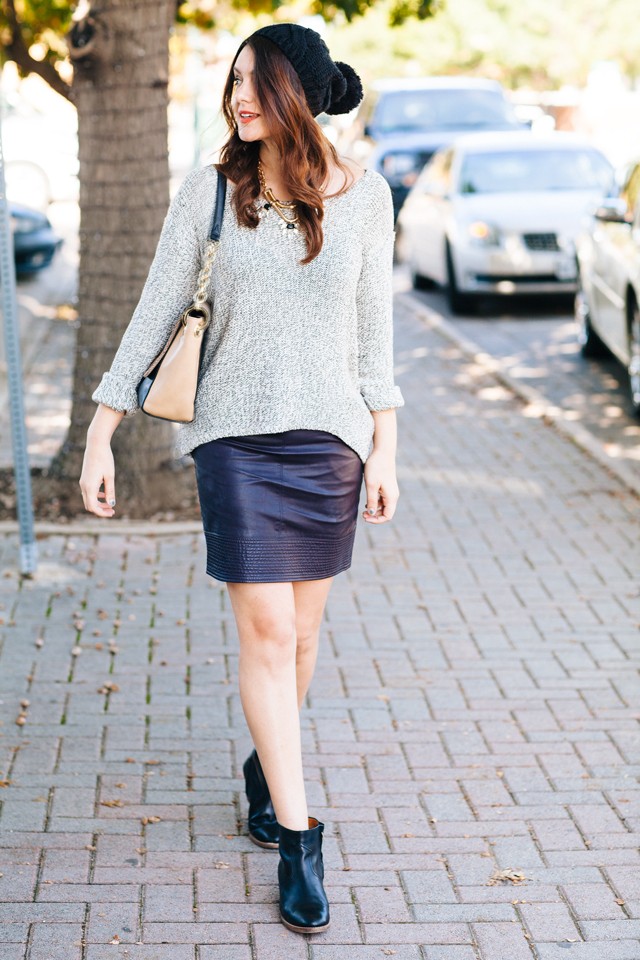 six || rule #76 -no excuses, play like a champion. tomorrow marks the first of two nuptials S and i are set to attend before the end of the year. my cousin A is getting married in orange county and i can’t wait to celebrate! my madewell dress is pressed and ready and i’ve dusted off my dancing shoes. aside from being innately special (A is not only my cousin but also a treasured friend), this weekend’s nupts are noteworthy for two more reasons -1) it’ll be my first time attending a wedding with an official plus one, and 2) S will be meeting many members of my extended family. given his awesomeness, i have no doubt he’ll fit in seamlessly… about as seamlessly as i will on that dance floor. 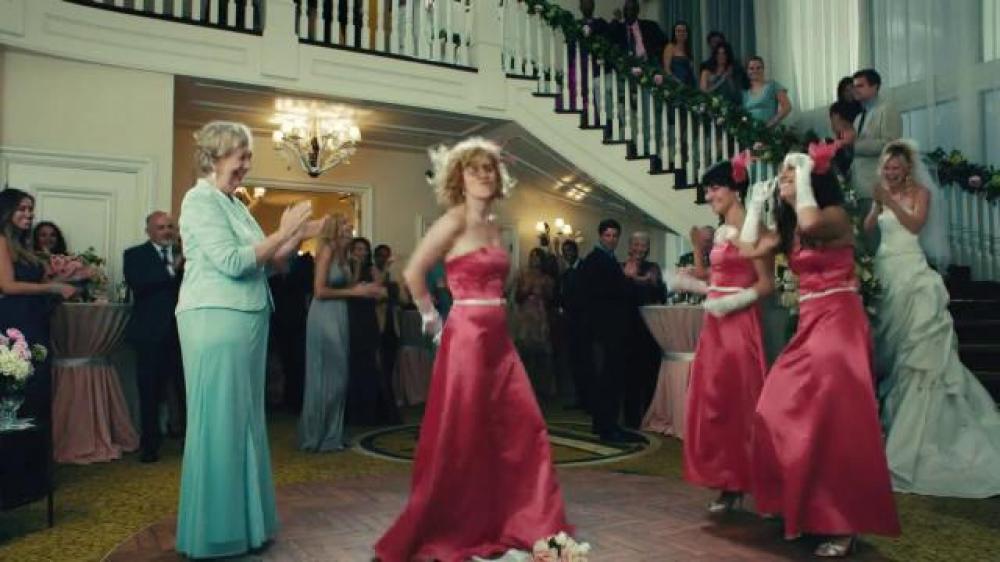 p.s. i love this commercial for southwest.

so on that note, have a wonderful weekend. i’m almost certain i’ll have some fun stories to recount next week. in the meantime, follow my weekend adventures via instagram @shawnaleeann.

image via not without salt