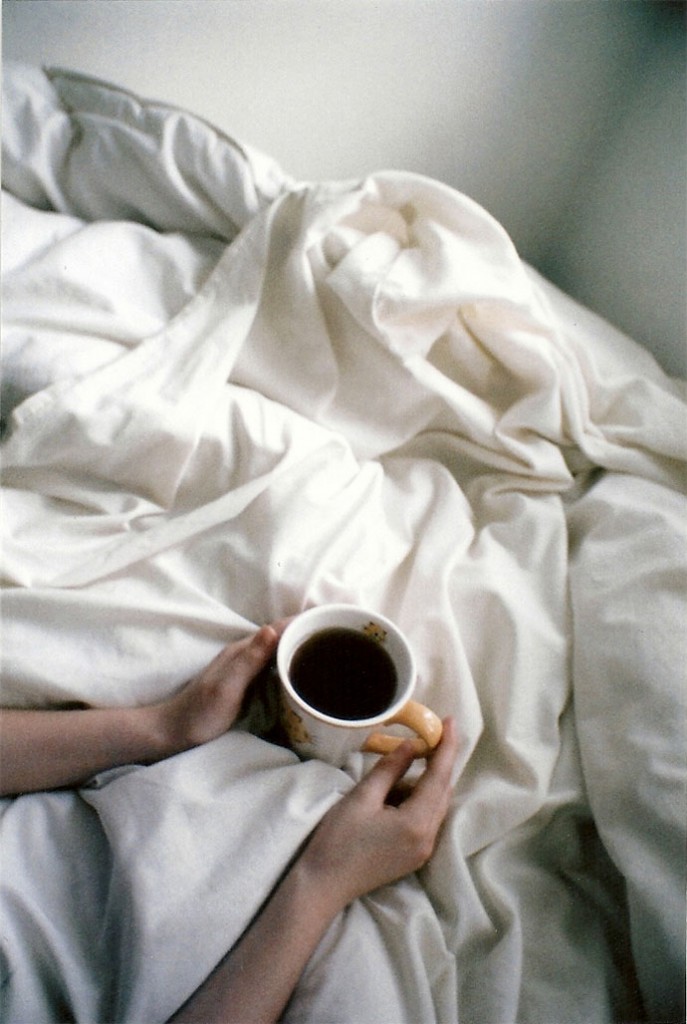 i like to think i take fairly good care of myself. i eat right, i exercise, and i floss. most nights. i hardly drink (and when i do, it’s comical) and i take enough supplements to outfit a vitamin barn.

but despite how much i do to take care of numero uno, sometimes the overall busyness of life can takes its toll. and regardless of how much acai or kale or green juice you consume, if your body needs a rest day, it won’t ask for your opinion first.

last week was a rough one. on tuesday, out of nowhere it seemed, i felt ill almost immediately after dinner. so much so i was actually kind of concerned. S was too. we wandered around albertson’s without a game plan. was i hungry? no, nothing sounded good anyway. we ended up buying a scrub brush for cleaning dishes and two packs of chocolate chips. i mean, we were already there and you just never know when the craving for cookie dough will strike.

i hobbled back out to the car and we returned home. i assumed the fetal position as S began googling. i told him to avoid webmd because it would only confirm my worst fear -that i was somehow dying -and he agreed. instead, he began to ask me a series of questions about the origin and intensity of my pain, as well as any accompanying side effects.

after playing our very own version of 20 questions (the “is shawna dying?” edition), we came to the conclusion that my beloved brussels sprouts had been the culprit. apparently you really can have too many vegetables. and apparently i just had gas. having already returned from the store, and without a tums or anti-acid tablet in sight, S got creative with his remedies. after vetoing the ones that employed milk and honey (we didn’t have those in the house either), we finally settled for something that involved warm water and apple cider vinegar.  S laughed at the far-from-attractive faces i made as i choked down the potion, but i’d gladly take the stinging sensation in the back of my throat from the vinegar if it meant reprieve from my bloated belly. i managed to gulp the entire class down without gagging and actually began feeling relief almost immediately. who needs a doctor when you have S’s googling skills and the interwebs?

then came thursday morning. i woke up feeling awful. after hitting snooze on my alarm twice, i had already come to the forgone conclusion that i was taking a sick day. i slept for hours. which for anyone who knows me, is proof enough that i was in need of a little personal TLC. S kept tabs on me all day, insisting that i text him with food and/or drink requests he could pick-up on his way home from work. the usual from starbucks and some powerade zeros, please.

right on schedule, he arrived with my fluids and kiss on the cheek. both did wonders for my mood and morale. after a day of snoozing, binge watching DVR’ed episodes of parenthood and suits, and minimal movement from the fetal position on the couch, i was finally beginning to feel myself again. a hot shower had also helped. i sipped the berry-flavored electrolyte drink and rested my head on S’s chest as he turned on thursday night’s match-up between buffalo and miami. later i tempted fate with a little oatmeal. and by this morning, the storm had passed.

being sick is hardly glamorous. which is why most times there comes a rumbly in my tumbly, i’m very thankful for the fact that i live alone. but over the course of this past week, i have learned that there is something to be said about letting your loved one see you at your worst. first of all, it makes you vulnerable. and while that’s scary, it also provides the perfect opportunity for them to affirm their love for you. for all parts of you -the poised and pretty parts and the parts that, at 5:00 p.m. are still in last night’s pajamas, hair messy, and curled up on the couch waiting for the pepto to kick in. “this is me at my absolute raw. i sure hope you still like what you see.” luckily, i found myself a good one. and in all honesty, i think S took pride in the opportunity to take care of me this week as he was nothing short of amazing.

so while a week of feeling meh isn’t something i’d certainly request, i have learned something from these past fews days:

one -i love brussels sprouts, they just don’t always love me back apparently.

two -sick days are meant to be taken. nobody likes a martyr.

four – apple cider vinegar is more than an ingredient for a great vinaigrette.

and five -staying hydrated isn’t as effective if you’re drinking iced coffee instead of water.

you know before, if i ate something that i probably shouldn’t have, waited too long in between meals, or failed to get in my recommended 64 ounces of water in a given day, i faced the consequences alone. and while sometimes i was taken out of commission, the only person i ended up inconveniencing was myself. but now that i have someone in my life who is around to see me at my (un)finest hours, i am realizing that my behavior has a ripple effect. and though he’s quite the amazing murse (male nurse), it’s not really fair that i make him play that role all the time. i have to do my part, too.

so i’m going to attempt to honor my body more consciously over these next few weeks. see if i can’t avoid that whole feeling ill immediately after eating thing that seemed to have become a trend last week. i’m going to drink more water than i do iced coffee and avoid gluten and dairy even more than maybe i usually do. apparently aging means your stomach isn’t made of steel. actually i don’t think that has anything to do with aging, but that’s what i’m blaming it on right now. whatever the cause, a couple of things are for sure -S doesn’t need an added worry about whether or not my insides are dying and i really don’t ever want to have to chug apple cider vinegar laced water again.

image via all sorts of pretty