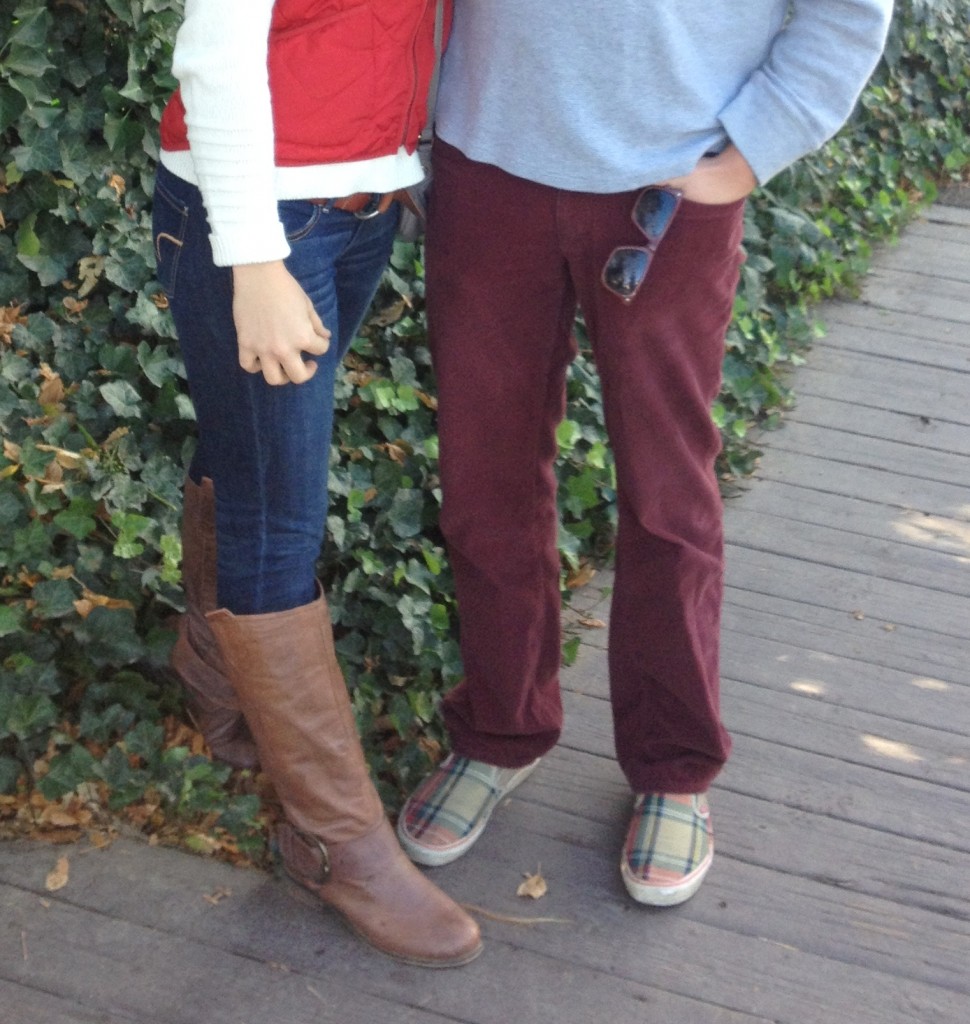 there are things that happen in life that you want nothing more than to share with everyone you meet. for me, that’s nearly everything that happens in life. but hey, that’s me. i’m a sharer. except when it comes to food. which is why i hate chinese restaurants. ANYWAY, i think i have a pre-determined propensity for over-sharing. it’s equal parts endearing and unnerving. endearing for the fact that i’m a very open person and hopefully that makes me approachable. unnerving for the fact that in sharing personal information, i leave myself open to a lot of unsolicited opinions/advice. it’s a double-edged sword, really. and one i’ve never quite been able to navigate, especially when it pertains to my love life.

so this time i wanted to try something new. practice restraint -with regards to the whole rooftop-shouting thing. not that this particular person wasn’t worthy of a little roof-top lauds (because he really is), but because i wanted it all to myself for a little while. something just for me. where it couldn’t be scrutinized or questioned. poked or proded.

but i think i’m ready to share a little bit more. in the very least of how S and i came to be.

we essentially met on a blind date. i say essentially for the fact that we were each given a handful of facts about the other (and accompanying photos) prior to our first meeting IRL. but for all intents and purposes, let’s say it was blind. rewind a week (six days to be exact) and almost out of the blue it seemed did two of my barre besties (M & J) offer to set me up with one of their colleagues. i listened as they rolled off his credentials, name, age, place of origin. despite not having the best of luck with set-ups, something told me to #yolo the situation. if anything it was a free meal. so i handed off my digits to M that evening who promised to, in turn, pass them along to my suitor the next morning.

having been trained on the “three-day rule” (society deems it necessary that a man wait three days before contacting a lady -call too soon and you look too desperate, call too late and you seem disinterested), i assumed i wouldn’t hear from mystery man until sunday evening at the earliest. p.s. this three-day rule is crap. here’s a thought -if you like a girl, pick up the phone and call her. games are for toddlers and for entertaining guests after thanksgiving dinner. not relationships.

so imagine my surprise when the very same day that M had planned to pass along my contact information did i receive a text from my potential suitor. well played, sir. well played indeed. unfortunately for him, that particular weekend was studio barre instructor training (when it rains it pours, people). i knew if i scheduled a date any time before my final test-out, i would be distracted and hardly an admirable dinner companion so i threw out the following thursday and hoped my busy schedule wouldn’t be interpreted as playing hard to get. he happily obliged and just like that i had a date. with a human. and then i threw up.

just kidding. but it was studio fodder for the next few days, let me tell you.

i realized when i pulled into the parking lot that evening that it had been upwards of two years since i had been on a date with someone that wasn’t already in my life. most of the guys i had had, well, whatever it is we had, were friends first so there was never this “oh dear, do i remember how to conduct myself in front of a stranger” element to our brief courtships. but the text exchange we had engaged in two days prior (he had reached out to confirm our date and also to congratulate me on my new instructor gig) had confirmed that S was not only thoughtful but sarcastic and witty and charming, too (he told me he might get cold feet and i told him he should wear socks). so while there were definitely still butterflies, the nervous feelings seemed to find reprieve in the hope that his clever humor would translate just as well in real life.

when the girls had described him, they were quick to mention his tattoos. “he has a sleeve, actually.” little did they know that that had been a quality i had always hoped to find in a future mister. albeit quite the enigma given my lack of body art, ever since i can remember, i had always had a weird fascination with tattoos. so the fact that he boasted not just one, but an entire sleeve had already earned him points. in fact, it was his sleeve that gave him away as i spotted it beneath his plaid short-sleeved button-down as he idled patiently out in front of the restaurant waiting for me to arrive.

“he’s adorable,” i thought as i came in for the hug upon initial introduction. and just like that, it was happening. i was on a date. with a stranger. i took a deep breath and followed the waitress to our table.

i talked too much. the fact not at all assisted by the tall glass of hard cider i nervously slurped down with every pause in conversation. but despite my awkwardly phrased inquiries -“do you know how to ice skate backwards?” he didn’t seemed to mind. with every smiley-eyed grin he doled out from across the table, i felt myself more and more at ease. and when he wasn’t letting me linger in the pregnant pauses that inevitably arrived every ten minutes or so (i hate silence), he was making me laugh with his snarky commentary and sarcastic wit. the girls had assured me that he was funny, i just didn’t know on which end of the humor spectrum he fell. turns out, we were on the same side. he won me over quickly with his ability to keep my abs working all night long. but he had me smitten at night’s end when he very confidently asked me if he could call me again when we exchanged one final embrace. a man who isn’t afraid to go after what he wants. how refreshing, i thought.

we went on our second date six days later, our third two days after that. from sushi and a movie at cinepolis to picnicking at sunset and studying studio barre choreography over take-out thai food, every day has been more amazing than the one to precede it. i can honestly say that aside from being attracted to the zillion and a half qualities this man possesses, i truly just love being around him. he has fast become my partner-in-crime. the one who i want to recount all of my day’s nuances to, and the one who can seriously make me laugh harder than anyone else.

when i was single, people naturally often asked me what i’d like in a future partner. occasional quips aside, i’d always answer the same:  “i just want someone to do life with.” unlike shawnas of seasons past, i was no longer looking for someone to complete my life. in fact, before S came along, i was quite pleased with where life was taking me. i had finally made peace with my singleness, and well, was taking very well advantage of it. wait, not in the way you might think, rather, i was happy doing what i wanted, when i wanted, with whom i wanted, or simply nothing at all. i loved my fridays  in with take-out and say yes to the dress. my saturday mornings of barre class and breakfast at honey’s. i loved being able to go to bed at 9:00 p.m. and to accidentally spend a small fortune at madewell sans judgement from a significant other.

but then he came along and everything changed. in the best possible way. instead of craving this independent life, i consciously seek his company. the awesome thing is, i’m still very much living the life i was before S arrived on the scene. and for that, i’m so grateful. i can’t help but feel as though i’ve allowed past relationships swallow me whole. twisting and contorting myself to become this person that i thought they needed, wanted, expected me to be.

but with S, it’s different. and maybe that’s because these past two years have made me realize i must be different in a relationship, too. they say things happen when you a) least expect it and b) when the timing is right. i can now attest to the truth of both. if i had met him even a month before i did, i might not have been ready. and i definitely know i would not have been ready a year prior july 3rd, 2014, either. there’s this sensation that when you meet someone you really really like, you wish it hadn’t taken so long to find them; that your life would have been that much more enriched by having your proverbial paths cross months, years, decades prior. but then you realize that the time spent figuring yourself out was not spent in vain. that the years you two spent apart were the growing years, preparing you for that perfect moment in time. and when that moment happens, you won’t care about the years you spent waiting for it to arrive, you’ll just be darn thankful it finally did.