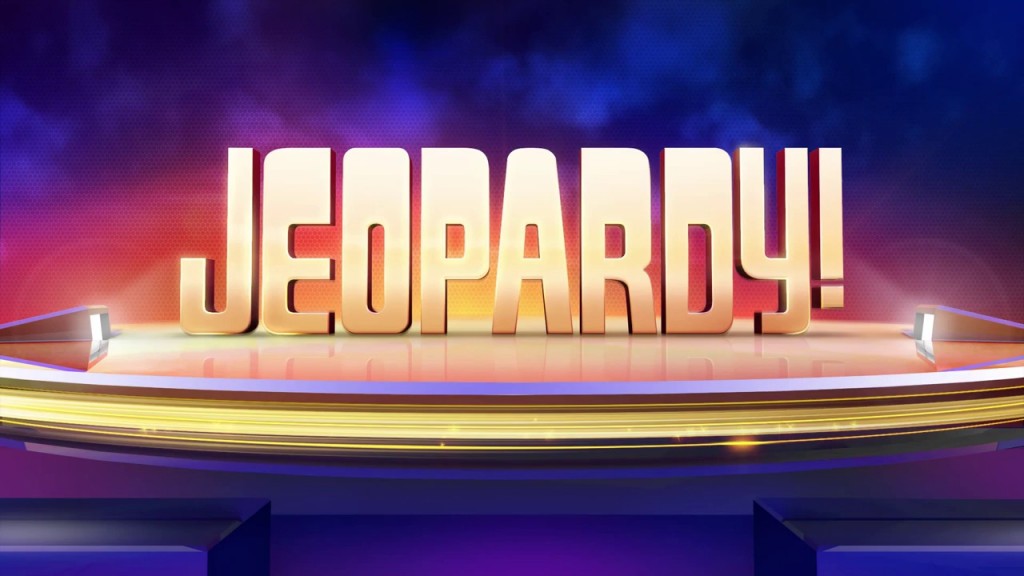 ever since i can remember, i’ve loved game shows. well, not just any game shows. one in particular.

what is jeopardy, alex?

growing up, my family and i would always convene in the family room after dinner to “compete” against each other and against the contestants on “america’s favorite quiz show.” i’d run the categories covering anything pop culture-related and toppie would always bet $23 million dollars (that’s not even feasible but he never cared) for final jeopardy. it was a fun tradition that not only stimulated a few brain cells, but also fostered some friendly interfamilial competition.

following college graduation and when it was clear that my text book days were behind me, i still clung to the game for nightly mind stimulation. when you sit in front of a computer screen all day and find your entertainment by watching the adventures of so-called “real” housewives, it can often feel as though your brain is atrophying. so i rediscovered my love for the game show in my early 20’s and have stuck with alex ever since.

one night when S and i first started dating, i remember stumbling upon the show as we were channel surfing. he set the remote down and we waited for alex to reveal the six categories -a potpourri of subjects, but at least a pair in our respective realms of expertise (me: celebs, top 40 hits, food, the occasional geography/travel, his: science, sports, and as we more recently learned, 90’s british pop stars). alex revealed the clues and one by one, we began answering, taking turns, or at times, yelling the answer out in unison. i could not have been more attracted to him than i was in that moment. someone with whom to carry on my childhood tradition! someone to challenge me (literally) on an intellectual level. someone who, as i’ve come to realize, can run the entire board and not let me get an answer in edgewise. seriously, it’s kind of annoying how smart he is sometimes.

you know, if you look at my yearbook from my senior year in high school, you’ll notice i was voted “most likely to compete on jeopardy” by my fellow classmates. i remember being a bit sad earning that title in particular when there were “most likely to be wanted for a blind date” or “best smile” to be had. sweet, so i’m basically the class nerd. but i was 18 and naive and just really wanted a date to prom. now, over a decade later, i’m very proud of my high school title. and while i may never pick up one of those buzzers and utter “let’s make it a true daily double, alex” any time soon, with the competitions S and i have against the contestants on the show most nights, i feel as though i’ve fulfilled the prophecy set upon me nearly 12 years ago.